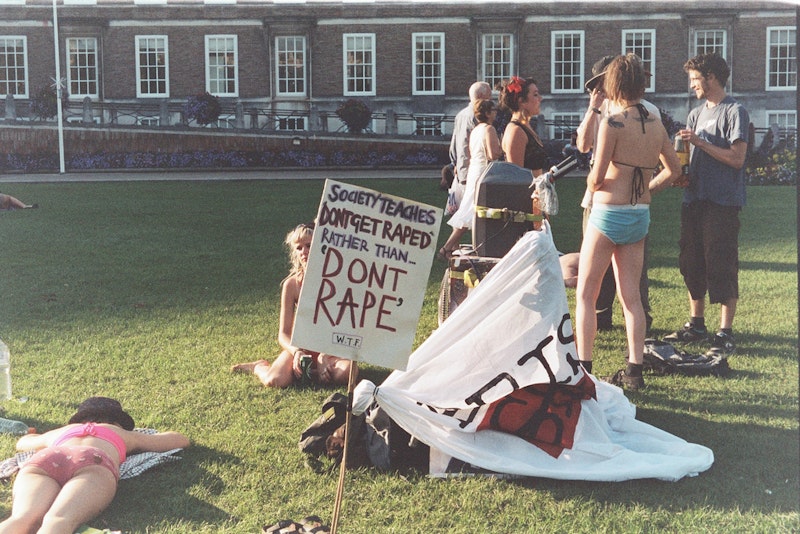 Recently I decided to un-follow somebody on Facebook. He kept posting memes with fake quotes. When people pointed out the fakeness, he acted like it didn't matter. After all, he said, the person being “quoted” might’ve said it. The quotes were all moronic things being attributed to various Republicans, and I admit that the people in question say dumb stuff. But not as dumb as the made-up quotes. If they did, the made-up quotes wouldn't be necessary.

Before I dropped Sparky (that's really his first name, at least on Facebook) he made a comment that disturbed me. Another fellow was debating him about a campus sex case in which one of the more minor participants alleged she’d been raped because she'd had sex with her boyfriend just to keep him from leaving. It wasn't that she said no, just that she said yes for fear of getting dumped. At the time she figured that was the price, and now she was mad. Sparky took this claim seriously. “I believe that later on she came to realize she was raped,” he said.

Well, all right. In that case, a yes is just a no waiting to happen. Also, going by the girl's idea of coercion, a serious threat is anything the alleged victim really doesn't want to experience. A couple of bright lines are being erased here. People can disagree a thousand ways about the meaning of an event. But they know there's a difference between before and after (“You can change your mind before, even during, but just not after sex,” says Martin Amis), and they know that having a gun at your head is not the same as fretting about your boyfriend's level of interest. Try sorting through he said/she said when these differences are removed. There's no weighing up of viewpoints: that of the supposed victim is assumed right no matter what. You announce that you said yes but that then you felt victimized. Congratulations, you just made a rapist.

This flies with Sparky, and he follows the tribe. A sizable number of people expect me to swallow this atrocity so I can be a good liberal. It really annoys me.

Goodbye, Sparky. I guess he's a true believer. The term became popular in the years after Hitler and Stalin, and it described somebody so fierce for an idea they would put people in concentration camps to bring the world closer to that idea. My dope with his memes is a feeble descendant, fortunately. Purges and camps aren't on Sparky's agenda; like most people who live in liberal democracies, he just wants to state his views and win some elections. Still, he's scary to behold. His intellectual muscles are too gummy for him to reason, or even to see the need for reason. If an alleged fact or idea matches the approved pattern, that's all it really needs. He's baffled by this extra, out-of-the-blue requirement that the thing match up with reality.