Musings of an English lit major. 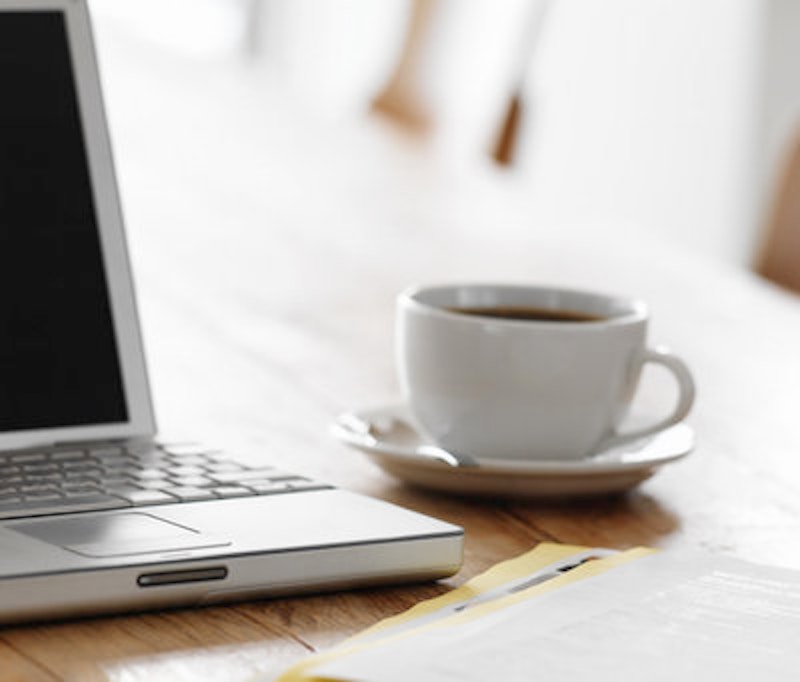 When you’re in your early twenties and work in a restaurant, customers, typically baby boomers, take it as an open invitation to quiz you on your life choices.  “Are you in school?” they often ask. Upon learning that I graduated years ago, some even have the nerve to respond with, “And you’re working here?”

By here, I assume they mean a place that doesn’t require a specialized degree.

When I explain that I studied literature in college, a clearer picture emerges. Of course I work in a restaurant, they think. The smarter choice would have been to study business, or programming, or engineering! Of course, there’s always the option of grad school, but I was fortunate enough to study a subject that I love without accumulating student debt—I don’t want to ruin that by furthering my degree so that I can . . . what, exactly? Become a junior faculty member in a dwindling humanities department, I guess, where I’ll have nightmares about whether or not my contract will be renewed for another year or two. Or, I suppose it would further my chances of getting a novel published, surely to be my magnum opus.

I don’t like the odds. No doubt, the value of an MFA in writing is a contentious topic. Looking at lists of new authors from major publishing houses doesn’t reveal any trends. One argument for an advanced degree is that it’s all about having a cohort, a peer group you can rely on for the rest of your career. This I can understand, but there are other ways of countering the lonely pursuit of writing that don’t require years of student loan payments. I’m even skeptical of the idea that having an award-winning, respected author as a professor will improve your writing. I’ve been to conferences and workshops with published authors and based on that experience, the ability to write well and teaching how to write well are not correlated. The best way to improve your writing, I’m convinced, is to write. Then, you must share it with others, whether it is with a published author or a retired accountant working on a sci-fi mystery in your local writer’s group.

Kurt Vonnegut wrote in a 1967 piece for the New York Times that, “You can’t teach people to write well. Writing well is something God lets you do or declines to let you do.” The idea that writers are ordained with their ability by a higher deity is a little far out for me, but I understand the sentiment. Vonnegut was a satirist, after all, so perhaps he still believed you could be taught some aspects of writing well—like his beloved advice to not use semicolons, for example.

Another reason I decided not to pursue an MFA is a simple one: If I were to spend two more years in college to improve my writing, what would I possibly have to write about? The life experiences of a privileged, suburban post-grad male who just spent the last six years in a classroom doesn’t sound like riveting material.

Here my favorite authors come to mind, like John Steinbeck, who worked as a day laborer in the fields of his hometown in Salinas, CA after failing as a freelancer in New York. Upton Sinclair, another example, worked undercover in the horrid conditions of a meatpacking factory in Chicago to write The Jungle.

This past April, I received a grant from my state arts commission to attend the 2015 Association of Writers and Writing Programs Conference (AWP) in Minneapolis. The AWP Conference, proudly touted as the largest literary conference in North America, is a Mecca for the publishing industry, where agents, publishers, MFA students, and authors all funnel through the fluorescent halls of a convention center.

I spent some of the conference going to absolutely horrendous poetry readings and feeling very out of place, grabbing drinks with former classmates or newly made acquaintances who had just graduated from (or were currently in) an MFA program.

There was some awkward tension at a British pub one night when I questioned the streamlined approach of “succeeding” as a writer or poet, which is to graduate with an MFA and move to New York, preferably Brooklyn. I said this after everyone at the table discussed their plans to do exactly that—many already living in New York. People quickly became defensive with the standard arguments of being able to “network” and having “more opportunities.” Needless to say, I didn’t make very many friends that night.

The next day, I attended a panel on the future of online publishing or something of the sort. One of the panelists was an online editor for the New Yorker, his face projected on a giant screen at the front of the room. He lamented that over the years an increasing number of submissions are from twentysomethings living in Brooklyn who all want to write a piece about what it’s like being a twentysomething living in Brooklyn. The audience laughed. He assured us no one wants to read that piece. I felt validated.

I don’t consider myself to be “anti-MFA”. In fact, a Huffington Post article by Jane Chafin makes a number of points on their value that I agree with, writing that they create a “culture of connoisseurship” that helps to keep literary fiction alive, protecting it from market fluctuations and nurturing new traditions while preserving old ones. Despite my complaints, these are aspects that I do appreciate.

However, I’m happy with my choices. Not being in a program or living in New York means opportunities and chances to network are less likely to present themselves so readily, but I’m okay with that.

Currently, I’m tending bar in Northern Arizona at the Grand Canyon’s South Rim, one of the seven natural wonders of the world. It provides an endless amount of material for stories, which I have time to work on since there’s little to distract me here aside from work and hiking trails galore.

The baby boomers still interrogate me when they see a twentysomething behind the bar, but I have my condensed, scripted response prepared for such occasions now. Thankfully, it’s easy for people to see, baby boomers or not, why anyone would choose the Grand Canyon as their backyard, saving me quite a bit of explanation.