And a girl in a dorm room. 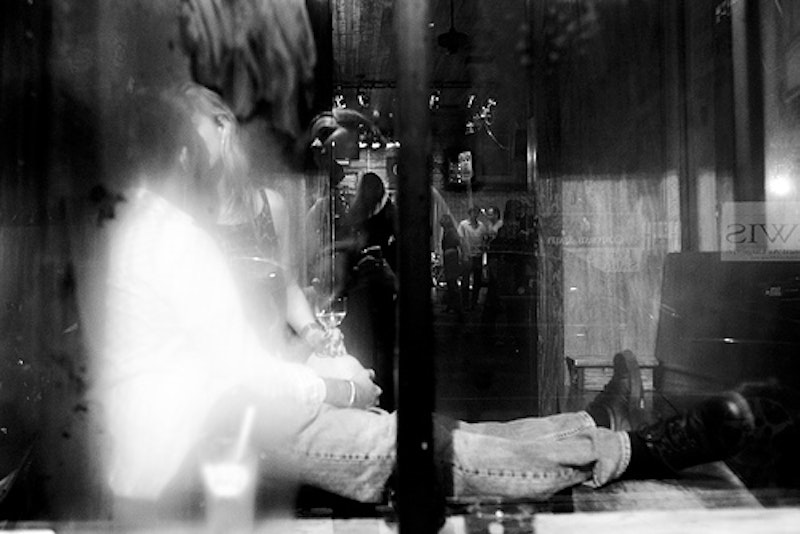 A girl looks in the mirror and there's blood coming out of her scalp; she remembers nothing from the night before. The Washington Post, voice low, tells us the young woman “had become a survivor—but of what, she wasn’t sure. A sexual assault? A rape? All she knew was that her head was bleeding.” That's all we know too. Yet the Post considers this girl's story the most noteworthy of all those rounded up for a long piece on campus sexual assault. Her account leads the article and closes it. We begin with Rachel's head bleeding and some boy slipping out the door; we end with Rachel pondering matters after prosecutors decide the boy won't be charged.

You can see why they might back off. Apparently the boy didn't force her, since she says the act didn't count as rape. He says she wasn't any drunker than he was, and she doesn't deny that. Nor does she say the boy made her drink more than usual, and if she believes that he hit her or drugged her, the article doesn't tell us. As for the blood, well... “She still isn’t sure what caused her head injury,” the Post says, very offhand after the fuss starting out. (Earlier in the piece: “Blood had spattered the ceiling of her bedroom and stained her bed sheets, her pillows, her zebra-striped comforter.”) Rachel even has some trouble deciding whether or not she was unwilling, a subject that makes the Post's prose style go extra wobbly: “She doesn’t know for sure whether she had wanted sex in the moment, when she was unaware of what was happening.” Yet, we're told, the act “wasn’t consensual sex, either.” We're told this even though the girl doesn't remember what either party said or did.

There's one thing Rachel knows: “she knows she was violated.” That's the term that “makes the most sense to her.” The sex that night? A violation. “It was not what she wanted; she can’t imagine seeking to have sex with a stranger in a crowd.”  Here we switch to Rachel's own words: “It’s not something I would do. If I could’ve made a decision, I wouldn’t have chosen to do that.” And there the article closes. We learn that their featured sex victim counts as such only if you're confident that she has a really good, clear idea as to what she would or wouldn't do while blacked out. Otherwise she's a survivor of something else, such as alcohol and her personality kinks.

The girl knows she wouldn't have sex with a stranger, but she did. Her sex experience violated her idea of herself, which makes the boy a violator. That's Rachel's case, yet she's The Washington Post's main attraction. My guess is they couldn't resist the head wound.