Almost Busted on Campus for Reading 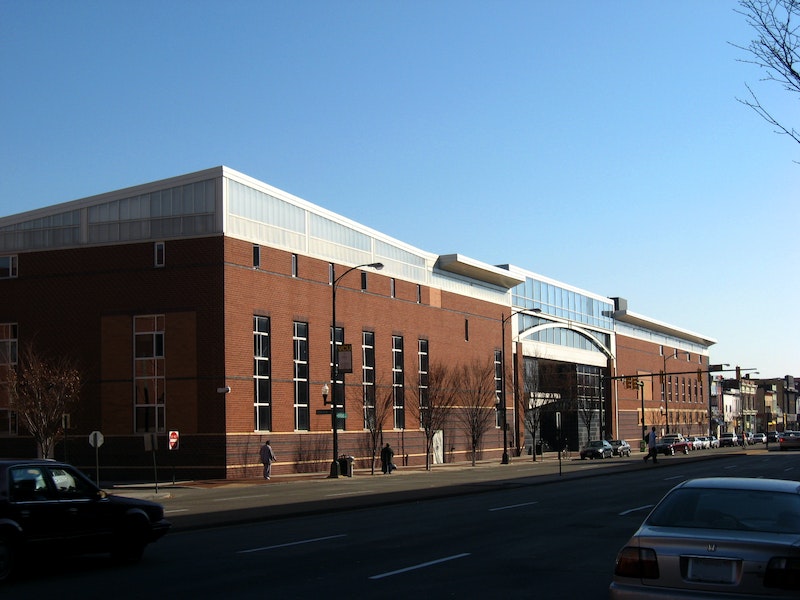 Sometimes you get in a rut and feel like changing your routine. That's what I did this week, when I walked from where I live in Richmond to the VCU (Virginia Commonwealth University) campus. It's about two and a half miles away. It wasn't too humid, so the plan was to walk around the campus and then go over to my gym, which is nearby. Usually I just drive to the gym, but a little more exercise can never hurt, or so I thought.

Passing by the Fine Arts building on campus—which is right in the middle of the city—I noticed a table with some chairs just outside the front door. I sat down and took a quick breather. There was even an electrical outlet there, so I plugged in my phone, which was at about seven percent power. Opening up my book, I planned to relax for a few minutes before moving on.

Shortly thereafter, I was approached by a campus police officer, who asked if I was connected with the University. I said that I wasn't, and she asked for some ID. I told her if I was breaking a rule by reading a book at the table, I'd move right along. That wasn't good enough. She still wanted my ID. The officer said I was trespassing on VCU property, and she was just going to warn me, so I needed to show her my ID.

Not in the mood to get arrested, I handed it over. She asked if I lived around there, and I told her not far, but I wasn't interested in small talk. My blood was boiling at that point. Then she ran my ID through a database—a national database. Upon inquiry, the officer said she was running a check on me. I went into a spiel revolving around how I thought this was the United States, a free country. She paused for a moment, as if this was the first time she’d thought of that angle.  She said I was technically breaking the law by being on VCU property, though she acknowledged I had no way of knowing this. When I asked what was taking so long, she said she was checking to see I had any outstanding bench warrants.

This one threw me for a loop. I'm sitting at a table about 10 feet from a public sidewalk one minute, and the next I'm treated like a criminal. When I objected, she said this what would’ve happened if I got pulled over in a traffic stop. I told her that if I had been pulled over, presumably there would have been a reason more substantial than reading a book. She said she was just doing her job.

Finally finished, she handed back my ID just as a backup cop arrived. They weren't taking any chances. She told me to have a nice day and I left. Maybe she meant "nicer." I’ve been on many college campuses. You can probably guess how many have harassed me for sitting and reading. VCU is smack in the middle of Richmond, but they have their cops roust people for this? I mentioned this to the officer, and she said they have to look out for the safety of the students, and that there were bicycles around that could get stolen. Yes, thank you. That explains everything. I was a possible bicycle thief, not just a trespasser.

Having received a warning for trespassing, if it happens again I’ll be cited or arrested. The officer didn't clarify what would happen, but I won't be anywhere near VCU property ever again. All of its bicycles and students are safe from me.

I shouldn't complain. I'm white and know this kind of thing happens to black people all the time, only much worse. I've been spared the indignity, so it's probably good to get a taste of this treatment. And it was a minor inconvenience, as I was treated respectfully, despite the humiliation. I don't have the dark skin that signals to cops that I'm dangerous, so I wonder what did it on that particular day. Coincidentally, my nephew in high school came down to check VCU out recently, and he also went to William and Mary. I heard the latter experience was vastly superior.