This Is Not Feminism Run Amok

Admittedly, it does look that way. 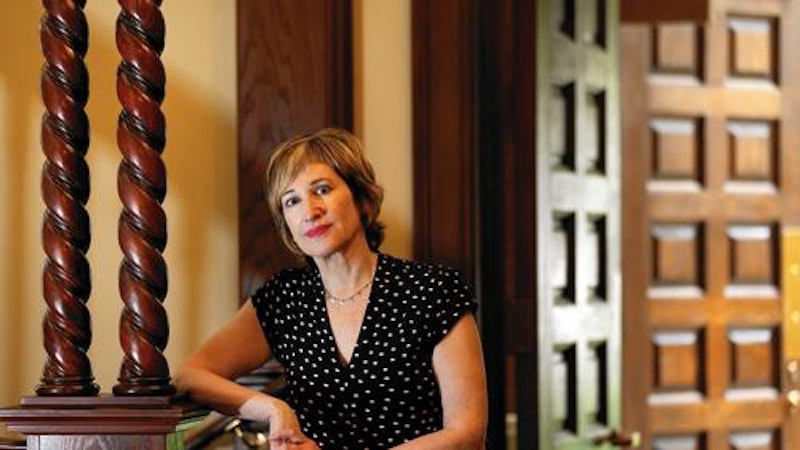 Professor Laura Kipnis of Northwestern University has become a high-profile victim of weaponism, campus-style. Two grad students didn't like a passage in a recent essay by the professor, so they wheeled out the giant legal cannon known as Title IX. The students claimed that the passage, which commented on some recent sex cases at Northwestern, represented a violation of federal law. Northwestern investigated, and the professor spent months wondering what sort of hammer might drop on her head. She's cleared now, but she went through misery.

The thing is, Northwestern says it had to investigate, that all Title IX complaints get investigated because that's what the law requires. The school can't mess with Title IX; disobey it and you lose your federal funding, which means death. But other parties can act like Title IX is a bad-ass variation of Domino's Pizza: just put in your order and sit back, the investigators will be knocking at your target's door. A couple of grad students with editorial objections can trigger the mechanism and waste everybody's time.

Title IX is the law that makes sure colleges give their male and female students an equal shot at an education. That makes it a feminist weapon, most notably against rape and sexual harassment on campus. Professor Kipnis is a feminist, but her accusers, also feminists, said she had written in a scoffing and not entirely accurate manner about harassment and assault charges that female students had lodged against a male professor at Northwestern. Therefore, the two grad students filed Title IX complaints alleging that the passage in the professor's essay represented retaliation for the reporting of sexual assault. Feminists and the Obama administration have been pushing colleges, via Title IX, to clean up their sex assault problem. Look who's getting charged now.

Jezebel, the popular feminist blog, drew the obvious lesson: that the Kipnis affair was a “stunning example of feminism devouring itself.” An op-ed at The New York Post, the mouthy right-wing tabloid, said the case showed us that the “feminist revolution is eating its own.” But The New York Post is usually wrong, and so is Jezebel. The Kipnis case doesn't show us a revolution becoming so extreme that its founders look like the enemy and get killed off by the new guard. The professor argued in favor of student-teacher sex, and she said kids had become far too ready to count unhappy sex experiences as rape. Back in the 1970s, there were plenty of feminists who were ferociously on watch against male predators; they would’ve counted Kipnis as a traitor. Feminists have fights like that. Feminists have been calling each other bad names for a long time. In fact the bad names have been feminist in nature; the tribe has its jargon, and members throw it at each others' heads.

But this time we find two people throwing a federal law, a law that could blow a hole in a university's finances. This time the person who had the bad thing thrown at her wound up being questioned by lawyers about what she had meant in this phrase and that sentence. No lawyer of her own could be present, and nobody told her anything—not the charges, not her rights—unless she argued them into it. “I’d plummeted into an underground world of secret tribunals and capricious, medieval rules,” Kipnis tells us. She's a little breathless, but you can understand why.

The professor wasn't quite treated like a Soviet dissident, but she came closer than an American writer ever expects to, and this happened just because she had published her thoughts on some public matters. She didn't know her accusers (who were and are anonymous), and she’d never met the professor charged in the harassment and assault cases. It's just that the case had been in local news for months, and Kipnis gave her opinion about it. That was enough to get her in trouble. A lot of feminists publish their opinions and have teaching engagements. They know some nut could get them as deep in the shit as Laura Kipnis. “The best way to deal with wrongheaded opinions and arguments is to argue back,” Amanda Marcotte says stoutly. “Instead, these anonymous graduate students reached for the censorship button.” Marcotte held out extra-long as a Jackie believer; no matter what facts fell over, she kept her faith upright. But being an on-the-ledge feminist doesn't make someone believe that a writer ought to be grilled for writing. Another mindset is necessary—a temperament. The two grad students had it. All they needed was some dangerous weapon without a safety guard.

Anti-feminists might say the Title IX apparatus is an example of feminist overkill. But look at “swatting.” SWAT teams go out to any address where a caller says he (gendered—I know) thinks something is going on. If you don't like another gamer, you can send SWAT to the guy's house and see what happens. What the Kipnis case shows is that the land of academia has its own version of swatting. America has developed a bad habit of dropping giant guns into trigger-happy paws. We see monster threats (those gangs, those rapists), we build monster weapons against them, and we make a virtue of using the weapons at the first twitch. I don't deny that we need SWAT teams or Title IX; we have to fight gangs and rape. But we should do it without hurting ourselves quite so much. The ordeal of Laura Kipnis teaches this: while America is worrying about safety, it could also think about safety guards.