Let Me Tell You About James

In 1965 my school desegregated. It was my junior year. 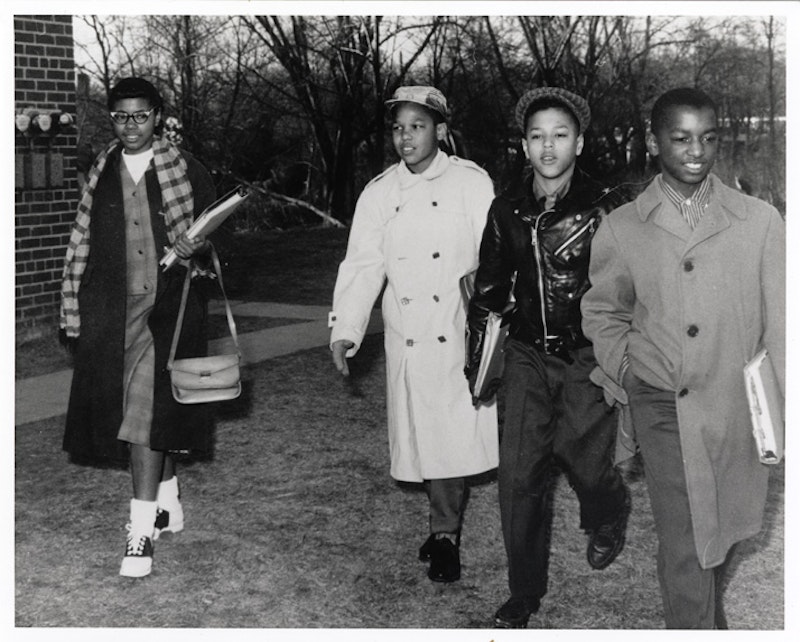 The students at an Indianapolis high school enter the room—some bopping, others beeping—and take their seats. I’m at the head of the class to give a presentation on the civil rights movement. Earlier in the week, I’d successfully badgered the teacher into referring to me as a visiting scholar.

I tell the boys and girls that the southwest corner of Virginia where I grew up didn’t desegregate schools until the fall of 1965, my junior year. Before then, the 10 or so black kids from little Abingdon were bused 15 miles to the regional all-black school in Bristol. There was no African-American professional class in Abingdon back then. No doctors. No lawyers. No insurance agents. Most of the black men were either garbagemen or janitors. If their wives and sisters had jobs, they were probably domestics.

The youngsters want to know why I m so interested in the civil rights movement. I tell them about James, one of the transfers from the all-black school. We sat next to each other in French class. I liked the guy. Somehow, I’d been voted into the Key Club the year before. James wanted to join and hounded me to get an application. We Key Clubbers met at the vice president’s house. Each member received a list of the pledge class. One of the football players printed the word “nigger” next to James’ space and underlined it in Magic Marker.

Somebody said he’d seen us walking down the hall together on the way to French class. There was total silence as every eye zeroed in on me. Red-faced and blubbering, I denied we were pals. Next came the speeches. An applicant’s name was announced, and one or more club members spoke on his behalf. James’ turn came. Nobody stood up. I wanted to say James was a great guy, but lacked the guts.

Several members looked over my shoulder while I filled out my ballot. I knew that I’d be called “nigger lover” for the rest of my time in school if I wrote, “Yes.” So I didn’t vote for my friend. Nobody else did either. James called that night to find out if he’d been accepted. I said, “Hey, pal, I did all I could, but you came up a few votes short. The pledge class was really strong this year. Sorry.” Our friendship was never the same. I couldn’t look him in the eyes. Wherever James was, I tried to be somewhere else. We didn’t even sign each other’s yearbooks.

Many years later, I told him what I did. “Forget it,” he said. I can’t. So I tell the story about James to any high school audience that will have me. So they’ll know.

—Garret Mathews is retired from writing the metro column for the Evansville, IN Courier & Press.