On the unlawful arrest of Dr. Ersula Ore. 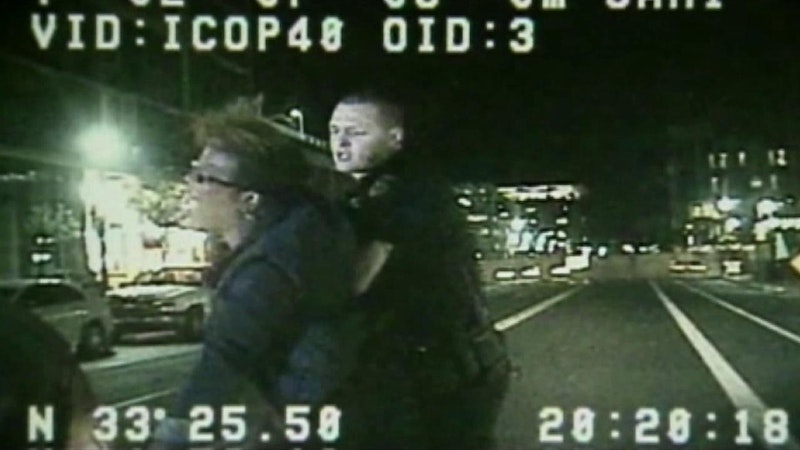 What kind of culture do we live in when an Assistant Professor of English at a flagship state university can be arrested and then aggressively slammed to the ground simply for crossing the street? Depends on if you’re black or not, I guess. But that’s exactly what happened over the weekend at Arizona State University when Dr. Ersula Ore jaywalked to avoid construction and was suddenly stopped and questioned by the police. First of all, really? Maybe I’m biased because I’ve lived in New York and now in London where people have actual places to be and things to do, so surely in those cities the police have better things to do than issue a citation or an arrest to every single person who jaywalks.

So I guess today’s lesson is: if you’re black and in Arizona, you’ll be arrested.

Some critics might say that Dr. Ore was indeed breaking the law because jaywalking is illegal—at least that’s what you’ll see if you read the comments on certain articles about the debacle. Fine. But even if she was given a citation or a warning or reprimanded in some way there was no need for not one but two male police officers to use as much force against Dr. Ore as they did. Even if they wanted to quench their thirst and arrest her on the grounds of racism, they didn’t need to slam an unarmed, respectably dressed and obviously professional black woman to the ground as violently as they did.

Dr. Ore knew what was up and that’s why she said to the police officer, in an inside voice, “Are you sure you want to do this? Do you see what I’m wearing?” And here the irony of the situation becomes even more poignant when you realize that Dr. Ore is actually a scholar of Critical Race Theory and the Rhetorics of Race and Culture, where presumably situations like this are studied and read closely in the classroom to unpack the inner-workings of race in America.

As much as this case is about racism and the politics of racial profiling, it’s also about why we need programs like affirmative action. One of the grossest critiques affirmative action haters use is that somehow a brown person has “taken a white person’s place,” whereby a white student believes wholeheartedly that the black or brown candidate or student is always less qualified. If they were “held to the same standards as white people,” we are told, then they wouldn’t be awarded the position.

But the whole point of affirmative action programs is to give brown bodies and women access to jobs, schools, and positions in culture they wouldn’t ordinarily have because they’re not actually supposed to be there in the first place. That’s what was more clear than anything in Dr. Ore’s violent arrest and mistreatment in the name of the law: you’re not supposed to be here. No matter how eloquently you speak, how professional you look, or your title in the university community, you’re still subject to racial profiling.

I’m suddenly reminded of a scene from the second season of 30 Rock, a show that brilliantly dealt with race and racial profiling, where Tracy Jordan’s wife Angie and Liz Lemon get into a not-so-delicate argument where race is the promiscuous undertone.

Liz: In the opening sketch this week Tracy is a bank robber…

Angie: No. I don't want to perpetuate any black stereotypes. Next.

As Liz pitches more ideas Angie becomes even more difficult to work with. Liz tries to coddle her.

Liz: Listen, Angie, I'm sorry I lied, but you got to give me another chance.

Liz touches Angie on the hand.

Angie: Excuse me? Did you just try to control my body with your white hand? Don't make me contact Reverend Sharpton.

In the case of Dr. Ore and the misguided Arizona State University policeman, I hope someone does contact Rev. Sharpton.