The current system screws over poor and minority students. 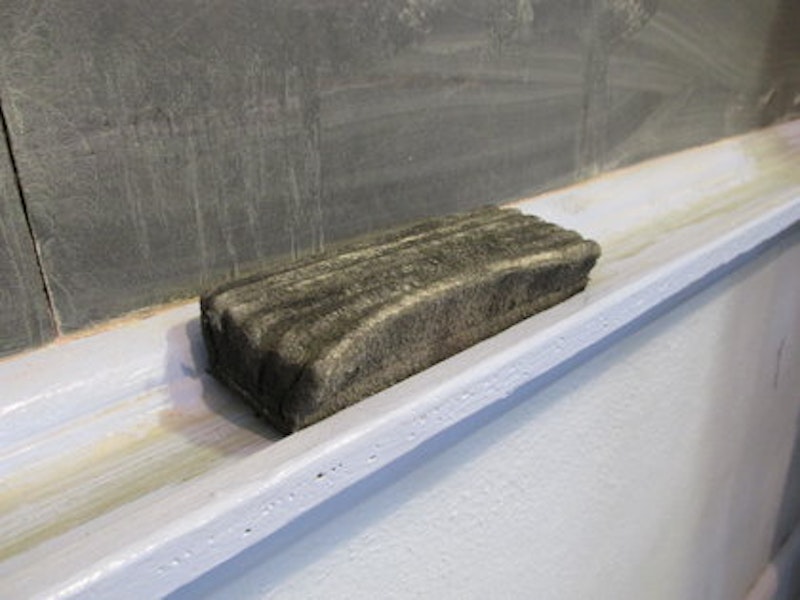 At some point in first grade, a thumbtack dive-bombed my desk. Maybe it fell off the ceiling, maybe a student hucked it at me. Who knows? The reason it still registers is because of how Mrs. Omelette responded to it. The embarrassment seared the thumbtack into my memory just as surely as if it had severed a major artery.

My first grade teacher at Chambers Primary in University Place, Washington, was running the small reading group at the back of the class. Those of us who were doing “silent study” could get in line and ask her quick questions if we got stumped. The thumbtack stumped me, so I got in line. When I handed it to her and explained, there was fury in her eyes. She called me out in front of the whole class and said none of us should waste her time with things like this ever again.

There were other incidents. Mrs. Omelette yelled at many of the students, often for absurd reasons, She once sent a girl out to recess with special instructions to taunt me because I was behind on some assignment. To this day, I hate it when adults lecture small children about “responsibility,” simply because she frequently used that word as her own highly subjective bludgeon.

Testing would later prove that I was an extremely bright student. This came as news to me after the number Mrs. Omelette had done on my kiddie confidence. To her, I was an irritant to be worn down. Indeed, many students got on her bad side, quite by accident, and she punished us for her pique. She yelled and she scowled. She set her pets against us runts in a sort of Lord of the Flies light—this time with adult supervision!

Mrs. Omelette gave me low marks and the first inkling that adults could be monstrous. My parents and many other parents complained about her fury and favoritism to the powers that be. They were told there was nothing to be done about it. She had tenure. According to the contract negotiated between the district and the teachers union, she was untouchable.

Untouchable until last week, that is. The case of Vergara v. California tossed out that state's tenure rules. The gist of the ruling is that, although the current tenure system screws over all kinds of students, it screws over poor and minority students the hardest. Current tenure and teacher dismissal laws conflict with various Constitutional and Civil Rights “equal protection” guarantees. What this means is that the Mrs. Omelettes of California will no longer be able to count on the teachers unions to save them.

The success of Vergara will lead to challenges in other states. Enterprising legislators will speed up the process by dropping reform bills. These new proposals will make it easier for principals to finally fire bad and abusive teachers. Teachers unions will protest this with everything they've got left but it won't be enough. They'll lose either in the courts or in the legislatures. Too many of us public school brats have seen the soul-destroying effects of a system that protects awful teachers and thereby inflicts harm upon helpless children to let the status quo stand much longer.

—Jeremy Lott is an editor of rare.us.