Learning to Give Zero Fucks in Life 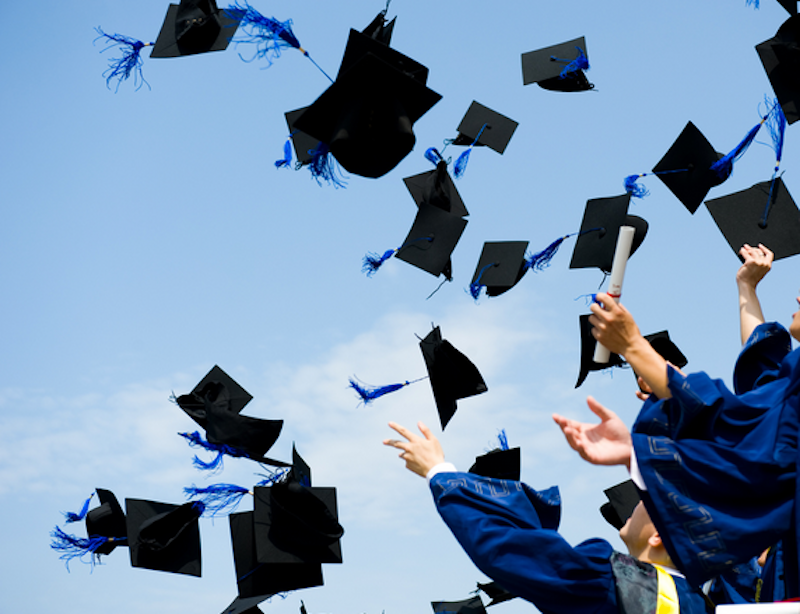 Last week I was treated to a lengthy high school graduation ceremony and while I was thrilled to see my own kid cross the stage, this also meant I had to listen to speeches from various individuals ranging from Board of Education members, the chipper class president, two valedictorians, the principal, and her daughter, the salutatorian.

The common theme among the speeches, other than over-inflated senses of self-importance, self-congratulation and a far too overconfident outlook on their future careers, was that these were "the best years of their lives." The class president joked that this is "the best looking we will ever be." Only one valedictorian suggested that it was possible their best years were ahead of them. Good for her.

The principal read a sappy poem and teared up, talking about how long she's known the kids ("one of you since birth...") and said all the typical, optimistic, past-present-future genius/best-class-ever things. I thought about what a terrible principal I'd be, because I'd tell them the truth.

"Don't get your hopes up too high, you guys," I'd say. "It's time to learn to start doing your own damn laundry. Your parents have presented you with a sheltered view of the world, and if you're going to college, you might be surprised when they’re not there to drive you to your classroom buildings every day. Get an umbrella. You're probably still going to email all your papers for them to edit, but at some point you people need to get a grip and cut the cord and start doing crap for yourselves.”

"It's time to start acting like grown-ups now that you're over 18. Fill out your own forms. Have checking accounts. Save up for something. Get your heart broken. Clean your half of the dorm room. Learn to handle parties without being drunken assholes. Study, dumbass, college is expensive. Don't get pregnant, because you're far too selfish to be parents right now."

"Get a job. Don't bitch about your boss and your co-workers, you won't like them more at another job. Care about someone. Ignore the haters: that's a tough one, and it doesn't get easier in the future than it was in high school. Clean a toilet. Don't just 'want a puppy,' pay a vet bill for a pet. Listen to a friend who's going through a hard time instead of just talking about yourself all the time. Stop taking so many selfies. You're gonna have to try to get the hell over yourselves, really."

"And most of all, unlearn what you've learned about the overemphasis on overachieving. Most of your parents sold you a false set of goods by running you ragged seven days a week for activities after school that won't mean much in your adult lives. You should've just been playing outside. A lot of crap you did doesn't really translate that well to the real world. Chances are not that many of you are going to win Olympic gold medals in a lot of sports you played, sorry."

"Try to settle in to lowering your expectations a bit, embracing a little mediocrity. Find happiness in moments, not achievements. The sooner you learn this, the less disappointed you'll be. Learn to give zero fucks in life, and you win it."