I'm still not sure it was worth it. 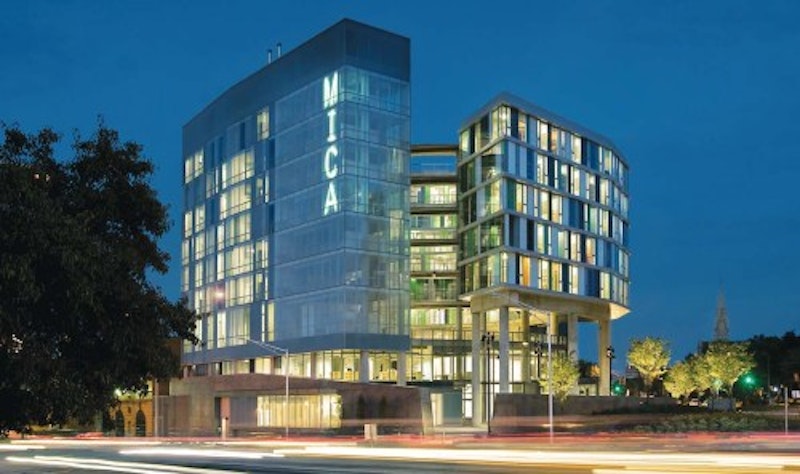 When I enrolled at the Maryland Institute College of Art’s Post-Bac program I was dissatisfied with my career trajectory. I’d spent the previous four years on scholarship attending Johns Hopkins University. Unfortunately, MICA did not offer any meaningful financial aid. Presumably, this was because art colleges follow the ideological basis of art, based around the idea of the priceless unique work of art. As benevolent as this theory is the truth is that years earlier MICA had built a new building out of glass and hoped to do it again in the near future.

I sent in my deposit to confirm my enrollment, and resisted writing on the check memo portion “Gone to Art School. Back in a Year.” This observation wasn’t as flippant as it was self-aware. While not quite as shady as Phoenix University or televangelism pyramid schemes, I did suspect that art institutes functioned aggressively for profit.

My time at school was limited to a year. I was expected to take a few mandatory courses, and crammed my schedule with filmmaking and photography courses. The program was small, a benefit. There were a few people with writing degrees, a retired physics professor, and a retired figure skating champion. I recently received a copy of the MICA alumni magazine and read that she was now involved with the board of directors.

In retrospect, what I was largely paying for was the privilege of having my own private studio space. For a person interested in filmmaking this was redundant. The walls outside the institute were supposed to be my filmmaking space. The only person who I forged a friendship with in the program picked the studio next to mine. We made quick moves on the two largest enclosed studios. I’d stop in once a week to look at her paper cutouts of foodstuffs, and fixated on her cutout of a meat grinder that I confused for a bull’s head.

I remember fondly two professors in the video and film departments. Allen Moore has worked with filmmaker Ken Burns, is always helpful, and I recommend his courses if you’re just starting out in film. During off hours Allen would often let me into the editing room to splice film before shoots. Kirsten D’Andrea-Hollander was extremely encouraging in my artistic pursuits. I think that she saw something in my work that was exciting to her, if a bit mysterious to me. Though she never put it into words, she urged me to follow that mystery as a form of intuition. I use that sort of technique in my photography work today.

My entire thesis output for that year was about 15 total minutes on 16mm film. Those films cost me roughly $600 after editing and film transferring. I sound-tracked the recording with a friend on borrowed gear in the basement of the rowhouse we lived in. The greatest expense was a Bolex 16mm film camera which I had to book weeks in advance due to demand. On the used market one of these cameras goes for about $1,000. My educational bill for that year was multiples of the total cost in materials needed for me to make my film.

My capacity to learn about cameras might have manifested slowly down the line had I not attended MICA. Still, I remain deeply skeptical as to whether it was worth the cost. There’s the noble idea that education is supposed to be the gateway to opportunity. However, with art colleges this proposed idea comes in a language that masks a more realistic if off-putting slogan of “Results may vary. Do you have a backup plan?” Upon graduating, I had two options. I could either spend more money on a graduate degree in filmmaking—a reckless gamble—or go for a backup plan and effectively allocate my gamble over a much longer time period. Naturally, I chose the first option.