Low comedy or high court, a prissy establishment must have its way. 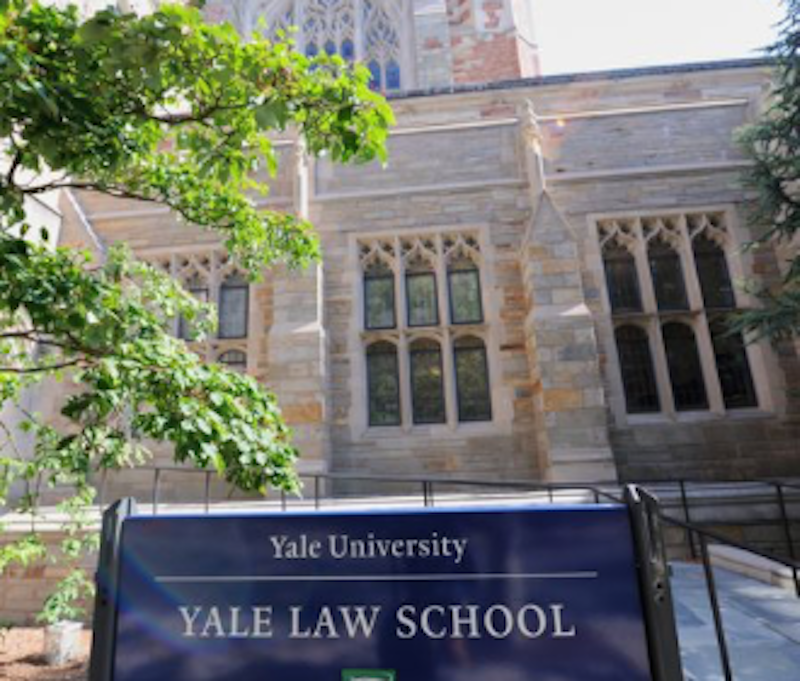 Yale Law School not only considered it offensive when a part-Cherokee student sent a party invitation to a Native-American student organization that described the party location with the slang “trap house”—which supposedly might remind some people of black crack dens, as if that worry were not itself racist—but considered the party organizer’s mere membership in the conservative-leaning legal debate organization the Federalist Society potentially triggering. How fragile.

But then, an establishment, as opposed to, say, a conquering army or a true revolution, is fragile. It depends for its apparent strength on maintaining a united front across all sectors of society—academia, law, media, politics, and so on—and can’t afford to let even one of those sectors step out of line, lest the whole illusion dissipate and the establishment’s pretense of control over civilization end. Thus the frantic, censorious tone of contemporary liberalism—not to mention the instinctual, constant lying.

Rictus-smiling newscreature (and mother of a Yale alum) Katie Couric, who no sane, thinking viewer ever loved and whose recent memoir revealed how much she hated everyone around her during her career (understandable since they too were TV news people), recently admitted that when she interviewed the late Supreme Court Justice Ruth Bader Ginsburg (the sort of establishment power-icon worshipped back at Yale) she edited out Ginsburg’s comments condemning “kneeling” protests at sports events, to “protect” Ginsburg from the horrified reactions of viewers—presumably left-wing viewers, the others being irrelevant.

That’s just a mainstream journalist’s duty, in case you didn’t know—preventing any deviations from the left/liberal narrative being heard. And they wonder why we despise them.

If things continue along the current trajectory, with eager, brainwashed graduates of institutions such as Yale spreading out to hawk their erroneous, authoritarian, pro-centralization, anti-market ideas via every venue in society, with the same messages about law, race, climate, whatever it may be repeated in newspapers, late-night comedy shows, movies, and so on, you have to wonder whether future generations will even know that there was a time when comedy, news, government pronouncements, and pharmaceutical advertising were all considered separate. It will have become one bland, liberal blur.

Journalists in particular—such as those at scandal-plagued Politico—may be in serious moral danger of becoming the new “consultants,” by which I mean not the useless twentysomethings who tell your company which employees to fire because they don't fit on the new flowchart, but rather the professional go-betweens in Washington, DC who advise representatives of powerful corporate interests about how best to butter up government officials and vice versa. Apparently, news venues are now serving as the go-betweens by disingenuously hosting conferences that bring the public and private sector reps together—and charging for it, of course. Who better than journalists to keep rolodexes of corporate publicity people and well-placed former congressional staffers?

(I know plenty of New Yorkers, Washingtonians, Ivy Leaguers, and the like but have surely been too naïve to play these games: When I entered adulthood three decades ago, I assumed “schmoozing” was generally considered an immoral activity and that it would be creepy to invite people to a party if you didn’t like them.)

You could sense the establishment getting slightly out of rhythm and trying to reestablish harmony when, after a few days of Dave Chappelle’s Netflix special The Closer being denounced for his (mild) mockery of trans people, MSNBC suddenly deemed it newsworthy to post a seven-minute segment of a “Chappelle show comedian” “roasting” anti-vaxxers. They must really have sensed multiple cracks in the ideological dam to have thrown that one together. Steer dissent back toward one of the preferred targets, quick!

And what could better sum up the absurdity of the contemporary left than an arrogant white male-turned-female writer of the hectoring anti-racist show Dear White People, Jaclyn Moore, demanding black Chappelle’s literal and figurative cancelation and refusing to work with Netflix while Chappelle remains? Left/liberals no longer see the tensions and contradictions in such clashes because they’re not accustomed to permitting any. It’s like asking a Soviet commissar to admit that two government ministries have been given contradictory orders.

Back at Yale, the assumption that all good-hearted students will always be on the same political and philosophical page is so strong that the school sent out messages to students last year assuring them that the school would help them coordinate if they wanted to use their (parents’) summer houses as temporary headquarters for Black Lives Matter protestors during the 2020 riots. With corporate and academic boards captured by a riot-loving left, has there ever before in history been a civilization so manifestly under attack by its own commanding heights?

But then, I suppose the answer is yes, if you recognize that for centuries civilization consisted mostly of common people under constant assault by the aristocracy. In recent years, I’ve met both left-wing and right-wing young people who dream of the rich joining hands with the poor to attack the commercial middle class and bourgeois society. If Yale is what it looks like when the aristocrats and revolting peasants join hands, please keep me far from the May pole. I’ll take commercial modernity, please.

Just as several French universities probably ought to be shut down as punishment for educating half the developing world’s Marxist dictators last century, perhaps it’s time to shut down Yale, which helped spawn everything from the U.S. intelligence community to Critical Legal Studies, before it does any more damage to the world.