The New Puritanism Isn’t Without Precedent

You say you’re not a witch, but we’ll see if you float. 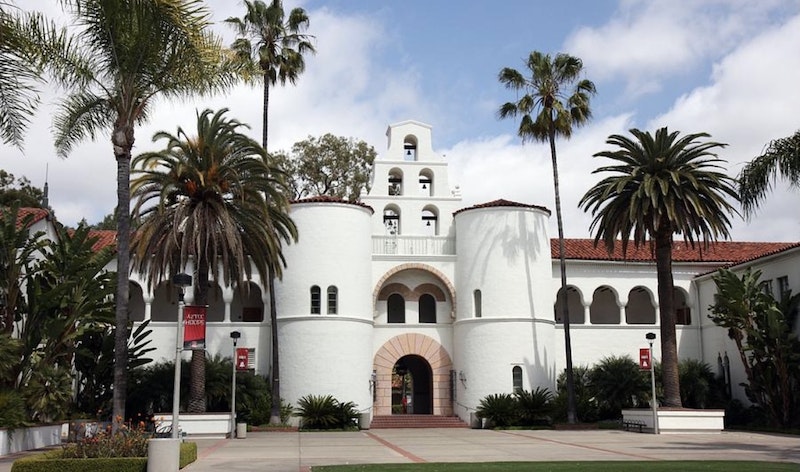 A witch hunt accomplishes three things at once. It discourages overly ambitious and threatening upstarts. It provides moral justification for eliminating rivals. And it adds to the prestige of the witchfinders. Every organization has Puritans who love a good hunt. If they’re not explicitly charged with upholding virtue and rooting out evil, they usually grow into that role by dint of character and personal history.

Witchfinders can emerge anywhere, with or without a snitch line, and hunts are nothing new. Purges are inevitable in most organizations, since prolonged powerlessness is intolerable for most people. When one finds oneself on a low rung, it’s natural to try to rise, even if that means damaging the organization by disrupting its mission and victimizing its members. A witch can always be produced, one way or another.

Peter Herman, in “Soft Coercion at the Woke University,” seems to understand this when he points out that “There are [subtle] ways for woke university administrators to police what faculty say and do, methods which fall short of banishment or overt threats but are still chillingly effective.”He’s referencing the use of “commitment to diversity” statements at San Diego State University imposed by administrative fiat.

He writes, “Everyone who is familiar with the current culture on campus knows what the evaluators will consider to be acceptable beliefs: only those that conform to a particular philosophy—namely, critical social justice theory and its various offshoots.” This contravenes not only intellectual freedom but also generates an atmosphere of fear and suspicion. It implements a loyalty oath and encourages call-outs and self-censorship. You say you’re not a witch, but we’ll see if you float.

Herman makes a strong case that even the lesser regional and state universities are embattled due to this form of soft coercion, but he thinks this is something new: “SDSU is known as the jewel in the crown of the California State University system; it has a student population of roughly 35,000; it educates a large percentage of the region’s future teachers and is a major driver of San Diego’s economy. What happens at SDSU matters. And last year, a single administrator changed the criteria by which faculty are evaluated for retention, promotion and tenure.”

But when has implicit coercion and administrative overreach been absent from academia? Tenure isn’t as impregnable as people prefer to imagine. SDSU has always been embroiled in social and political tensions, but I think the turning point came during the campus unrest in the early-1990s. I was present for that.

In 1992, Thomas Day, then president of San Diego State University, responded to an eight percent reduction in government funds by firing 146 tenured and tenure-track professors, eliminating whole departments (anthropology, religious studies, recreation, various languages), reducing nearly half of the history department, and cutting a wide swath of upper-division sections in philosophy, English, theater, art, music, and other arts and humanities disciplines.He didn’t see the need for soft coercion. He went straight for the hard stuff.

The San Diego Union-Tribune called the ensuing student protests “the largest on campus since the Vietnam War” and many students took the unrest as an indication that it was time to drop out and get a job or seek a better education somewhere else. Before President Day’s term, SDSU had been considered the best university in the Cal State system. But even when CSU Chancellor Barry Munitz found the money to reverse most of the damage, the psychological and professional fallout lingered. Now history’s repeating itself.

Some professors, especially those who were at the top of the pay scale and therefore costing their departments too much money, weren’t encouraged to return. Students following the time-honored Cal State tradition of working three jobs in order to make it to the end of a severely pared-down Bachelors degree, were told they’d have to wait another year (or perhaps two) before they could get the courses they needed to graduate. So the angry demonstrations continued.Day’s answer was to send the campus police into the student quad to hand camping protesters a beating—an event mentioned briefly on local TV news but nowhere else.

As a bewildered sophomore at SDSU, whose high school friends all either went to posh Eastern colleges or into the Marines, I’d already been thinking about leaving when a musicologist I knew got his fingers broken by a nightstick. Walking across campus, I passed a screaming crowd with police knocking professors and students to the ground.

After that, I decided enough was enough and dropped out. Four years later, I emerged from U.C. Irvine with a BA in English, bound for law school, but my first years in San Diego were hard to forget. People are emotional. Bully and coerce them into conformity with a particular orthodoxy, dogma, or movement and the trauma will not go away.

According to friends and family who continued on at SDSU, a tangible sense of paranoia persisted there well through the millennium. Now Peter Herman points out the new Puritanism, the new bureaucratic virtue signaling, the new machinery for eliminating those who profess that which may be unpopular or troublesome or threatening to those in authority.

As he puts it, “The mandatory diversity statement… seeks to corral faculty into philosophical conformity and uniformity. It subtly pushes them to get with the ideological program or suffer the consequences.” No one is surprised by this. And President Day must be laughing in his grave. Loyalty oaths and vague evaluative criteria are proving more useful than the ducking stool.