A comforted generation of Millennials have made us forget what real rebellion looks like. 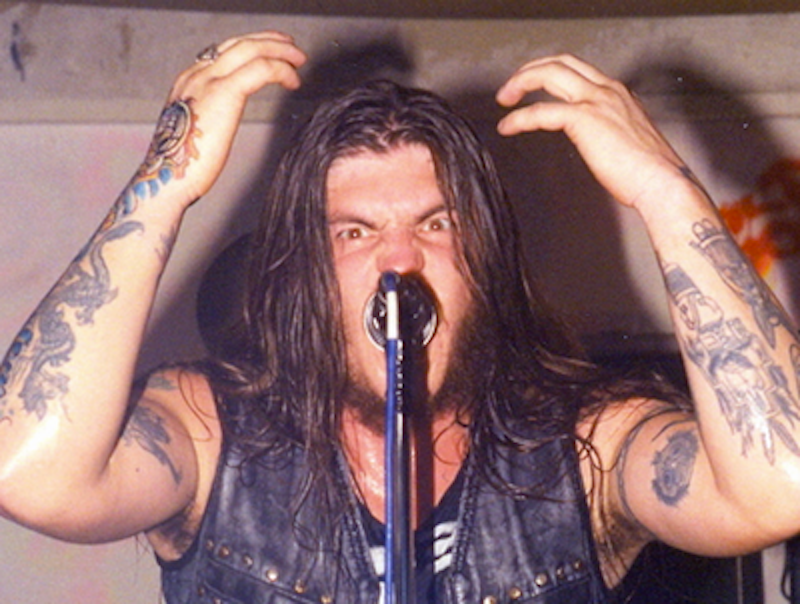 Scott “Wino” Weinrich is a master of “doom metal,” a genre of heavy metal that’s slow, sludgy, yet strangely beautiful (think Black Sabbath). His band, The Obsessed, is headlining the Maryland Doom Fest coming up in June.

Wino, a guitarist, singer and songwriter, is legendary in the heavy metal underground, often referred to as “an American Lemmy,” the badass Mötorhead frontman who recently passed away. Wino doesn’t follow rules. But unlike today’s phony rebels, Wino earned his outsider stance. He’s not millionaire Beyoncé at the Super Bowl mimicking Black Panther moves or fake iconoclast Miley Cyrus disrobing; he’s a wild combination of Robert Bly’s Iron John and a new Harley Davidson—a hairy, terrifying force of primal id that’s been honed into machine-like skill through sweat, practice and years on the road. Wino’s the real deal in a world where rebellion’s become cheap and has lost the virtue of hard work and the element of danger that makes the decision to stand against the world legitimate.

Wino was also my next-door neighbor when I was a kid growing up in Maryland in the 1970s, but I’ll get to that.

The reason Weinrich is in the news is that he’s reforming his original band, The Obsessed. The Obsessed were first formed in 1976, before the current plague of political correctness and fake rebellion; these days they can be a bracing reminder of what earned iconoclasm looks like. Today we have leftists who have no concern for allowing men into women’s bathrooms comparing themselves to Martin Luther King, and advertisers pushing everything from cars to potato chips calling their products revolutionary—part of what Thomas Frank, in his book The Conquest of Cool, calls “the bohemian cultural style's trajectory from adversarial to hegemonic; the story of hip's mutation from native language of the alienated to that of advertising." Conservative Gavin McInnes calls his YouTube channel “The Rebel.” He makes some great arguments, but doesn’t create anything.

A real rebel doesn’t go on political tirades. He does the hard work of creation, whether it’s a novel, a painting, or music. Wino is one in a long but evaporating line of American malcontents and oddballs like Hunter S. Thompson, guys who didn’t fit in and who risked everything to follow a passion or face down a genuine evil. I observed that we once had a deal with our rule breakers: Americans had an unspoken pact with their artistic bad boys. We’d allow them room to maneuver outside the circle of civilization, and may end up elevating them to the status of genuine artist. But there was one condition: Our rebels had to be responsible for a substantive work of art. We allowed Hemingway his women and boozing and bullfights because he gave us The Sun Also Rises. Marlon Brando was given a pass on his eccentricities because he revolutionized acting. Norman Mailer spent time in jail, but he’d produced several great works of literature. More recently, Andy Warhol spent years doing first-rate magazine illustrations. Alec Baldwin, who yells at paparazzi, has a long and distinguished career as a stage and screen actor. And we tolerate Kanye West—barely—because his music has shown serious artistic merit, even flashes of genius.

These were people who didn’t just curse or strip or tweet—they bled. They had something to say other than clubbing is fun and I want to have sex.

I saw, and heard, Weinrich hone his craft in the 1970s. We lived next door to the Weinrich’s when I was growing up in Maryland. Wino was born in 1960 (four years before me), and was friends with my older brothers Joe and Michael. Coming home from school I’d hear The Obsessed rehearsing, a volcanic torrent of doom metal riffage rattling the windowpanes in my bedroom. I also saw Wino riding his motorcycle around and getting arrested. We’d spend every Christmas at the Weinrich’s house, and it was also exciting when Scott would show up looking like Eddie Van Halen and usually with a gorgeous girlfriend on his arm. Wino is intelligent; this is true of a lot of heavy metal fans, who mistakenly get labeled mouth breathers.

In the early 1980s Scott invited my brother Michael to watch his new band, St. Vitus, rehearse. At the time we were all listening to Elvis Costello, Foreigner and REM, as well as the classic bands from the 1960s, and I didn’t think my brother would be too impressed. He was. “Scott,” he said, “knows exactly what he’s doing.” Shortly after St. Vitus released the album Born Too Late, which is now considered a classic.

The digital age and a comforted generation of Millennials have made us forget what real rebellion looks like. It’s not just saying no to society or disrobing in public or cursing over a digital track that took six minutes to produce. It’s the muscle memory that comes from years on the road, of those hours Wino spent in the workshop of his basement. It’s the books he read that enriched his lyrical vision. It’s the nights he spent in jail, and the resolve that got him to return to writing songs when he got out—even when very few people were buying the records.

One of my favorite Wino songs in “Blessed Night,” written and performed by his band St. Vitus, which he formed after the Obsessed broke up in the 80s. Watching the live performance of the song, it’s striking how rich, well mixed, gracefully played and lyrically powerful the song is. Taylor Swift will be lucky to be coming up with original songs when she’s 55.