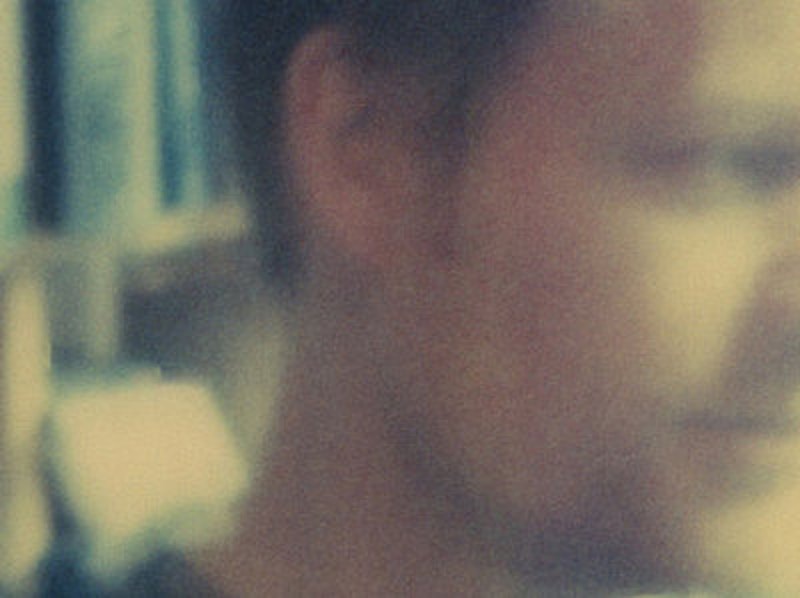 Classical and minimalist composer Max Richter has given the world a remarkable work of art. Described by Richter as a  “personal lullaby for a frenetic world” and “a manifesto for a slower pace of existence,” Sleep is an eight-hour classical piece, which features piano, strings, and vocals fused with gentle electronics. It’s Philip Glass on Xanax.

Sleep is also a reminder of the deaths and rebirths that are part of our lives. Richter’s work was composed in consultation with the American neurologist David Eagleman as a way for him to explore the effect music has on subconscious minds. Richter: “For me, sleeping and music are both altered states; they are different ways of perceiving the world and relating to the world... I feel like they are intuitively connected in some way—the lullaby tradition is globally universal, so this idea of sleeping to music is obviously something as a species we like doing.” Sleep has song titles like “Dream 19,” “Cassiopeia” and “Patterns.” The notes repeat over and over, with subtle touches of violin and electronica. It could be viewed as a total lack of imagination, but I think it’s pure genius.

More than just a refreshing break from consciousness, sleep can be a companion through death and transformation. The great theologian Richard John Neuhaus noted this in his book As I Lay Dying:

Death is the most everyday of everyday things. It is not simply that thousands of people die every day, that thousands will die this day, although that too is true. Death is the warp and woof of existence in the ordinary, the quotidian, the way things are. It is the horizon against which we get up in the morning and go to bed at night, and the next morning we awake to find the horizon has drawn closer. From the twelfth-century Enchiridion Leonis comes the nighttime prayer of children of all ages: “Now I lay me down to sleep, I pray thee Lord my soul to keep; if I should die before I wake, I pray thee Lord my soul to take.” Every going to sleep is a little death, a rehearsal for the real thing.

Around the time Sleep was released, sleep had become an escape for me, a happy daily death. Life was a vortex of despair and sleep was a reprieve, a soft eight-hour cushion of peace amidst the chaos. For months I watched as my mother got more and more forgetful, until she collapsed in her apartment and was taken to the hospital and diagnosed with dementia. A few days later, I was let go from my job at a DC public relations firm—I couldn’t write stupid enough. So now I couldn’t pay my rent in a cramped, moldy DC basement apartment that was also thick with the anxious psychic energy of my Chinese landlord upstairs—in fact just a few oppressive feet above my head—who was suing a bank for sexual harassment. She was paranoid and would enter my apartment when I wasn’t there. She also had two little dogs. And yes, it was right around this time that my girlfriend walked out.

Sleep was not only a restorative world to visit every night, it was also, as Neuhaus out it, a little death. This is healthy and natural, at least for people not raised with Western linear concept of time. In Buddhism there is the concept of the bardo, a period of transition between a death and rebirth. Buddhists believe that people experience many deaths and rebirths in their lives, and the bardo is both filled with suffering, stress, and confusion—but also a chance to gain greater wisdom and freedom. A bardo can also be a place of danger as hallucinations caused by bad karma might trigger a disadvantageous rebirth.

In America we have a perception of time that’s either apocalyptic or utopian. Conservatives believe that society’s leftward drift is a prelude to the End Times, while liberals still adhere to the Marxist concept, which is also religious, that history is moving towards socialism and transgender bathrooms, and to not acquiesce is to resist God (the State). To liberals, the arrow of time means that there’s a certain inexorable march of progress. Time moves from the Dark Ages of sexism, racism, and homophobia to the sunny fields of gay marriage and multiculturalism. But this Marxist concept of "being on the right side of history," tends to ultimately result in destruction and oppression, as fights for equal rights curdles into coercion. As Whittaker Chambers once put it, a totalizing concept of the world requires a totalizing solution.

While the left has piled victory upon victory, conservatives have been unable to offer anything in return. This failure of imagination might be because conservatives abandoned those tenets that form the consciousness of a culture and a nation: music, film, art, novels, pop culture in general. This is partly due to the religious conservatives' concept of time: before the 1960s was America's golden age, and the only way to fix society is to return to the norms of that era. Whereas the left sees time as bending inexorably towards justice, even if that justice conflicts with biology and human reason, to the political right the linear nature of Christian time means that we’re entering a period of decadence and tribulation before the return of Christ.

It’s exhausting, and probably bogus. During my bardo there were times when I thought I was collapsing into a terrible final end. I understood how people under such duress reach for a simple, linear solution, whether it’s End Time Christianity or Marxism. The truth is that I just needed some sleep.