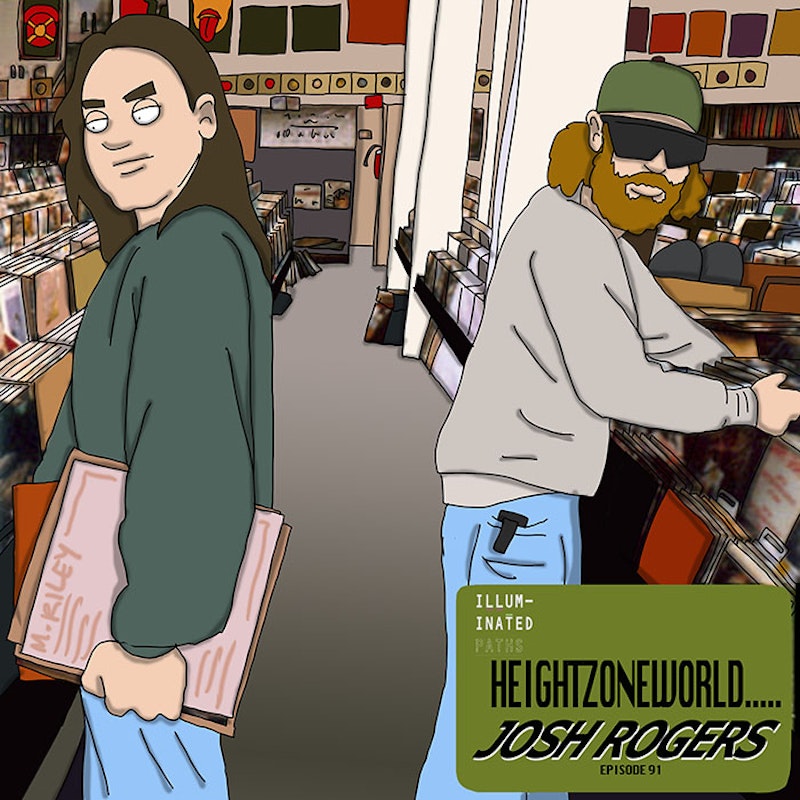 My guest this week is Josh Rogers. Josh runs the Illuminated Paths label, and releases music under the moniker Broken Machine Films. We first met in Orlando in 2007 and my 10,000 Devastating Watts EP came out on his label.

We discuss Illuminated Path’s nonstop release schedule, and how the label manages to consistently release multiple projects a week. I ask him about his habit of filling every Illuminated Paths package with strange ephemera, and his odd tape-dubbing system. We talk about the Vaporwave sound that the musicians under the Illuminated Paths umbrella have helped to create.

Mike Riley’s art this week is an homage to DJ Shadow’s Endtroducing.....​