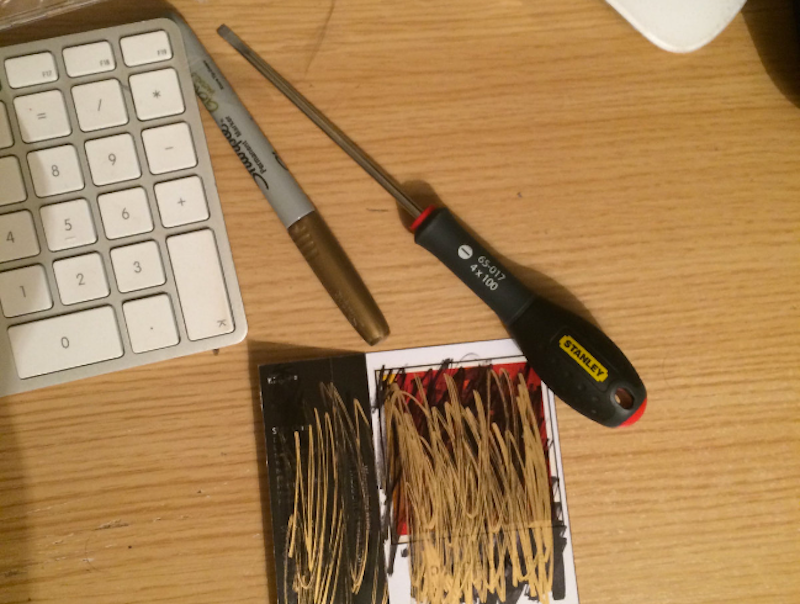 “sir, your art is ill considered” comes at the listener in dribs and drabs, in blips and trembles, at inaudible lows and dog-whistle highs. Even when a given sound is in evidence it feels stranded, as though a hectoring silence lurks just off-stage, primed to yank every bleep, pulse string, mini-drone, static burst, or hiccuped eruption back down into the depths of oblivion. Imagine scientists puzzling over shredded transmissions beamed from millions of light years away, or someone slowly dragging a finger along a very, very long comb missing most of its teeth. (A possible antecedent might be Dead Machines’ Futures, though the sound sculpting at play on that LP was more reliably tactile.) If I had to sum up “sir” in a single word, it would probably be “molecular” or “laparoscopic”: lasers welded and judiciously applied at subatomic levels in manners and for reasons far, far beyond our reckoning. There’s no reason that the building blocks of noise can’t be craftily diluted for an immersive massage-like effect - but it’s difficult to sidestep the suspicion that the act of absorbing this song represents a surrender to a corps of nanomachines. Whether that’s for good or ill, only time will tell.