Which Will is the Way

Nick Drake was the spokesman for my teenage depression. 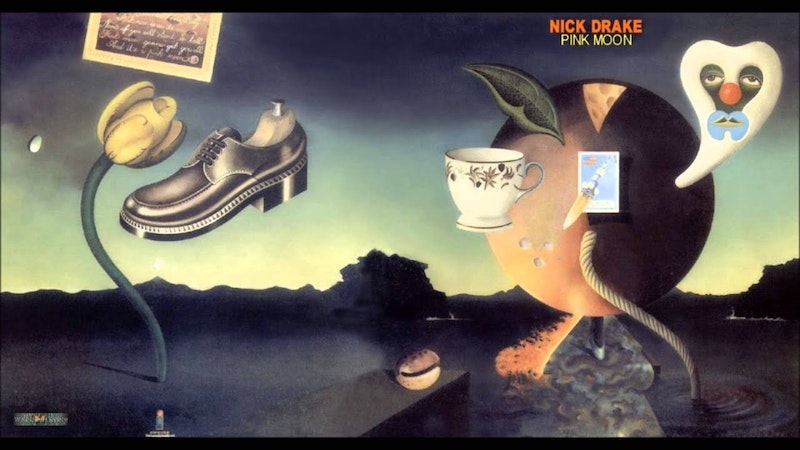 I first heard that sound in the summer of 2000. It was a TV commercial where four teens drive to a party, but when they get there, they decide to keep driving into the night. It was supposed to be about how fun it is to drive a Volkeswagen, but what got my attention was the song playing in the background: the gently strummed acoustic guitar, and that soft and fragile voice. It was one of the most beautiful sounds I’d ever heard at 17. At the time I was blasting my eardrums out with Nu Metal, but this had more emotion and melancholy than anything Korn could muster.

Eventually I found out that the voice belonged to Nick Drake and the song was “Pink Moon.” I heard the name before, but didn’t know anything about him except that he overdosed on antidepressants when he was just 26. Now that I had put a sound to the name, I quickly bought the album. Drake became the spokesman for my teenage depression. Everyday it felt like the darkness was taking over me: suicidal thoughts from being bullied daily, and feeling like I belonged nowhere with no one. Drake knew that darkness, and he captured it perfectly on his last album Pink Moon.

It’s interesting that VW chose “Pink Moon” to sell cars because the lyrics are dark and ominous: “Pink moon’s gonna get you all.” According to medieval culture, a pink moon was considered an omen of a coming disaster. Not something you want to convey in a car commercial. Regardless of whatever advertising executive made of it, it’s a beautiful song that sets the tone for the rest of the album. Unlike Drake’s two previous albums—Five Leaves Left and Bryter Layter—there are no backup session musicians or string arrangements; it’s only him and his guitar, with some piano on the title track. The result makes Pink Moon his most intimate and naked album.

The second track “Place to Be” portrays a man who realizes the bright days of his youth are gone, and now he must find something to comfort his loneliness. Then on the eighth track, “Parasite,” Drake describes himself as a tiny bug on the ground looking up at the world. I know those feelings. I fall into patterns of seeking validation from strangers on social media in vain. I want to scream, “I’m not the fake Woke Leftist journalist you think I am,” even though no one has accused me of that. The truth is I’m projecting my own self-loathing onto others.

Not all the songs are hopeless. In “Things Behind the Sun,” Drake invites the listener to create something new despite scoffs from the naysayers. “Open up the broken cup,” he sings, “and let goodly sin and sunshine in.” It’s a message I need to remind myself of; to be my true authentic self, and practice radical self-acceptance, even the parts I don’t like. I might make some people angry, but does it really matter in the end? According to Drake, the answer is no. Maybe one day I’ll believe it.

Unfortunately, like Drake’s life, Pink Moon is too short. All the songs are only two minutes long, except for the nearly four-minute “Things Behind the Sun.” I used to think that Drake could’ve extended a lot of the songs off Pink Moon, like “Know” which only has four lines: “Know that I love you/ know I don’t care/ know that I see you/ know I’m not there.” Looking back, however, maybe he didn’t need to say anything further than that.

Drake tried to make a fourth album, and managed to record a few songs—including the haunting “Black Eyed Dog”—but that was it for him. He said everything he needed to say with Pink Moon.