Listening to Percocet: The State of Hip-Hop in 2017

It can make us queasy to know that people are dying from the stuff today’s choruses are made of. 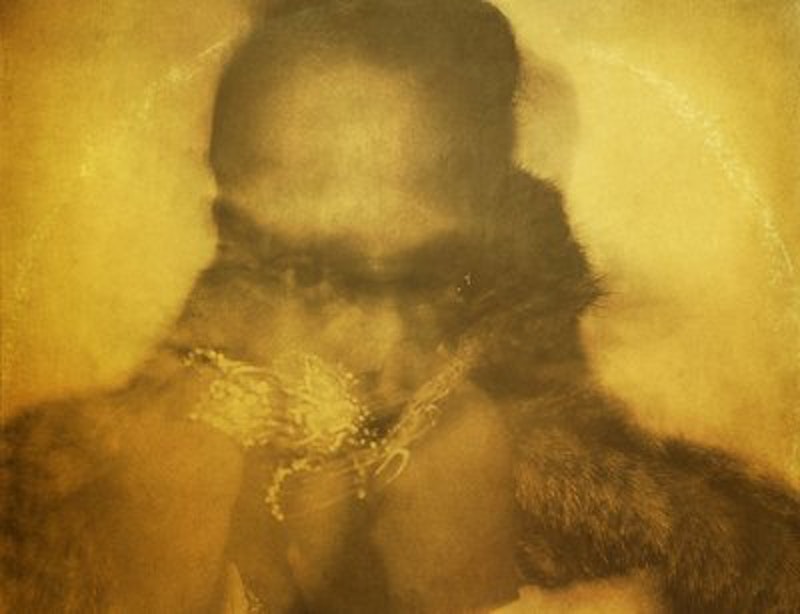 I asked the Beatles

I asked Timothy Leary, and he couldn’t help me either

They call me the seeker

I’ve been searching low and high

For understandable reasons, most recent coverage of opioids has focused on their deadly risks and widening path of destruction; meanwhile, basically without anyone noticing, Percocet has become the newest drug to hijack popular music and, by extension, American popular culture in general. Opioids aren’t just painkillers or dangerous addictions anymore; they have their own sound and symbolism. Over the past few months, as I’ve begun “listening” to opioids filtered through new hip-hop records, I’ve been struck by the questions they raise about the fundamental nature of mood-altering drugs and the way artists impose a highly complex, highly artificial “nature” upon them. I’ve also become curious about the way each era—including our own—defines itself as a certain kind of happening (to borrow a term from the 1960s). Each cultural moment inaugurates a mainstream and, along with it, a complementary group of important outliers. You can see this happening all around us right now, catalyzed by Percs and the sound they represent.

That sound’s mostly confined to hip-hop, for the moment, but that’s hardly a limitation: hip-hop is the most vital musical genre today, in the same way that rock music was the heart of the 1960s. At one time, rappers like Nas and Eminem prophesied the end or death of rap; to say that now would be self-evidently absurd, because rap has come back to life and conquered the globe. Pop singers like Ariana Grande, Selena Gomez, and Taylor Swift aren’t taken seriously without guest rappers. Rap/rock has become suaver and smoother, as on the Twenty One Pilots hit “Heathens,” and even that whitest of genres, Nashville country, has gradually adopted hip-hop references, beats, and guests. The sense that every other genre is a tributary for hip-hop has pushed rap’s elder statesmen, including Jay-Z, Kanye West, Dr. Dre, and A Tribe Called Quest, to produce some of the best music of their entire careers.

Meanwhile, hip-hop’s young bloods are carving out a sound of their own, led by the now-ubiquitous trendsetter Future and his savvy hit “Mask Off.” The song is a marvel of production, with a distorted, muted flute loop that whirls and gutters just above the plodding, sticky beats. “Percocets,” Future mumbles, barely acknowledging the melody, “Molly, Percocets/Rep the set/Gotta rep the set.” The way he repeats himself and seems, even, to be trying to motivate with “gotta”—that’s the opioid sound par excellence. Everything is only half-spoken, more intended than articulated, as when he continues, “Chase a check/Never chase a bitch.” Future doesn’t seem to know exactly what he’s trying to say, overall. He can’t sustain his focus long enough for that. His dismissal of “bitches” feels like a reminder to himself in case he zones out: chase money, Future, not bitches. The song’s title comes from an implied holdup during which Future can’t be bothered to be prudent: “Mask on/Fuck it, mask off.”

Throughout all of this meandering, menacing, hazy stream-of-consciousness, there’s a steady and almost mindless confidence that gives the song its muscle. Future may not know what he said 10 minutes ago, but fuck it, he meant it then, whatever it was, and he means every word he’s saying now too. Another way of looking at the distracted, blurry world of the Percocet song is that it’s actually incredibly focused on the present moment, and its concomitant, instant gratification. The fact that a Perc rapper would call himself “Future” is something of an elegant joke; he may mean that he’s the future of hip-hop, but he’s no Coolio, or Biggie, or Dre wondering anxiously what happens next and who’s waiting around the next corner. He doesn’t care what happens next. He doesn’t care what eyes are on him. His world is wholly in his own veiled, numbed mind, and nothing else can touch him.

The real world, of course, has its ways of sneaking into consciousness. In songs by Future’s kindred spirits Migos and 21 Savage, there’s always something added at the end of every line, barked or shouted, percussive and brief. Various rappers have done this before—it’s reminiscent of Young Jeezy’s overdubs, Drake’s “hashtags,” and the sound effects in Eminem—but here the interjections are starkly different from the mumbled lines preceding them. It’s jarring and it’s supposed to be: “I know this is all real, I’m awake, I’m ready for anything” is what we’re supposed to read between the lines. In songs like “Bank Account” or “Bad and Boujee,” the bleary fugue state is (among other things) a disguise, a kind of sheep’s clothing, for dispositions the world might otherwise perceive as whetted to a disturbingly sharp edge.

Percocet isn’t the only drug involved, obviously. There’s codeine, too: “Faded, drinking codeine and every day straight/ Promethazine” (A$AP Rocky, “Kissin’ Pink”). In fact it’s a toss-up whether to call the minimalist, almost non-existent beats that are now everywhere Percocet music or cough syrup music, and it wouldn’t matter anyway. What matters is how a producer like Mike Will, with his ears turned to the streets, has moved from the hot buttered soul of “Mercy” (Kanye West, 2012) to the reluctant, wholly synthetic, slow-motion “Rake It Up” (Yo Gotti, 2017). The Perc sound has nothing to do with the relaxed, funky sensuality of stoners like Snoop Dogg, much less the giggly hip-hop that Madlib and Cypress Hill manufactured for head shops. It’s more insular, more cold-blooded, and always in deadly earnest.

It’s tempting to say “that’s the drug talking,” drawing a distinction between the THC in pot and the opioids that rappers are talking about now. Stoners sound different from zoners because they’re on different highs, right? It sounds plausible until you consider what’s become of Ecstasy. Ecstasy used to be so predictable. You’d take a pill or two, start dressing like an extra from the circus, become knowledgeable about house music, and try to keep your visions of universal brotherhood to yourself. This entire trajectory happened to OutKast and they were all the better for it. Ecstasy was also the drug of choice for threesomes: “Get a couple of chicks, get 'em to try to do E/Hopefully they'll ménage before I reach my garage” (Jay-Z, see also T.I.’s guest spot on Big Boi’s song “Tangerine”).

So the culture sorts itself out, just as it once did by waving the banner of LSD. We all know what LSD sounds like. We can instantly call to mind echoing, jangling guitars, woozy swooping vocal harmonies, and lots of revelations about impermanence and the shortsighted conformists around you. Is that what LSD is, in its essence? Or, instead, is that a construction of it, one we’ve inherited from a thousand artists? Those thousand turned to Timothy Leary and The Beatles when confronted with something powerful and new, and from the unlikely marriage of Liverpool jangle and New Age spirituality, LSD was born. The acid sound took over and became the defining symbol of one incandescent generation. Anyone who didn’t sound like they were tripping, including Bob Dylan and the black pioneers of Memphis soul, were measured by their distance from that center, and booed when they tried to buy in.

The same consolidation is happening again. At the center are the molly/Perc/codeine rappers, and their sound, which is a big enough tent for everyone right now. At the periphery are the proud iconoclasts, including Danny Brown, who raps like he’s just discovered his clothes are on fire, and Run The Jewels, who are political, lucid, and proud of it. These drugs aren’t going away, and it can make us queasy to know that people are dying from the stuff today’s choruses are made of. But it’s worth remembering that acid has its bugbears too, and some of the first people to become disillusioned with it were the Beatles and other searchers like them. At the end of the Percocet sound will be something else, newer and fresher, the raw material for another paradigm shift. Leading the way, then as now, will be the same guy who guests on “Mask Off,” Kendrick Lamar.

“DEATH TO MOLLY.” That’s what Kendrick had plastered across the screen in the music video for “B**** Don’t Kill My Vibe.” His music, like all enduring artwork, is constantly striving to be bigger than its origins, more than just a high. The safety of the artist, and by extension the silver lining for us all, is in the fact that he’s never satisfied for long.