Releases by Jason Eady and Courtney Patton, sahelsounds, and Trementina. 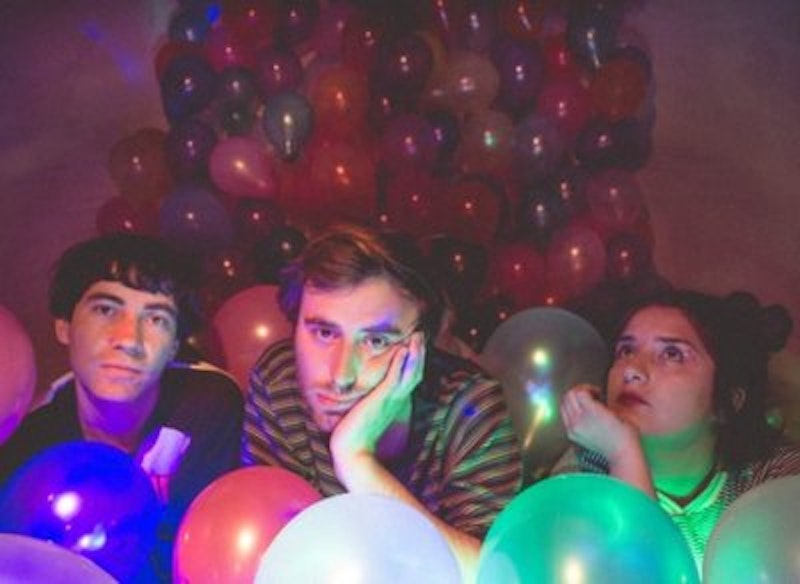 The year’s coming to a close, and as always the season is marked by year-end best of lists. I'm not quite done putting the finishing touches on mine because I actually wait to finalize my picks until the year is over, unlike all those overeager types who want you to forget music is sometimes released in December too. But while reviewing 2017's releases, I remembered a few records that I somehow hadn't managed to write about.

This actually dropped at the very end of 2016, when it was ignored by just about everyone, including me. If you were lucky enough to stumble upon it later in the year, though, you heard one of the best country releases of 2016, 2017, or most other recent years. Husband and wife Eady and Patton have released a string of excellent traditional stripped-down country solo releases. Here they team up with just their two guitars on 14 of their own songs, with a couple of country standards thrown in.

Every track is magical, as they throw the lyrics back and forth between them, and then lift off together into high lonesome harmony. The laid-back flirtation on "Man on a Mountain" is especially fine: "Till you make me a promise I can never be your wife/I ain't never promised no one a damned thing in my life" shows that nothing is quite as sexy as singing about how you're not going to have sex. Even better is Patton's devastating "Where I've Been," with its crystal guitar framing a dying relationship. "I'll be here in the morning/just don't ask me where I've been" is a heartbreaker of a line, especially when it's sung with such ease by Patton and Eady alone together.

Sahelsounds, which produces records from the Sahel region of north and west Africa, is a consistently exciting and adventurous label. They put out a number of great records this year. I think my favorite release from the label in 2017, though, is this 10-track, nine-artist collection of tuareg guitar music from Niger. The albums starts with Fatou Seidi Ghali's mesmerizing, soulful acoustic "Migrid Noulhawan," powered by ragged, perfect claps; goes on through Azna De L'Ader's electric, blaring-out-the-sound-system version of "Hey Joe;" and picks up Kei Tangawal's "Yayela," with harmonized yodeling, frantic percussive claps, and fierce psychedelic guitar blasts. The final track, by Amaria Hamadalher, sounds more like classical Spanish guitar than like fuzzed-out tuareg, with Hamadalher's gentle vocals sliding around the dazzling fingering. Individual tuareg albums (by bands like Tinariwen) can sometimes be a little monotonous, but the different artists, and the mix of electric and acoustic tracks, keeps Agrim Agadez riveting from beginning to end.

Trementina may be based 810 miles south of Chile, but their  hearts are in the England of the 1990s. 810 is a dead-on faithful shoegaze/dreampop album—but there's nothing wrong with faith if you have the heart and skill to create a worthy addition to the tradition. The opening track "Please, Let's Go Away" shows that Trementina does. Vanessa Cea's vocals soar up and across the Atlantic, while guitarist Cristobal Ortiz leans into a distorted, joyfully hooky squalling solo. "Oh Child" layers chiming dissonance over a driving beat designed to get the dancefloor swaying and/or ecstatically transcending. "No Control" puts different versions of the 90s together by adding some skittery Aphex Twin beats to the My Bloody Valentine vibe. A DIY album of straight-ahead shoegaze isn't likely to appear on too many best-of lists—which is a shame, because in its own unassuming way, Trementina knows exactly what it's doing, and does it perfectly.