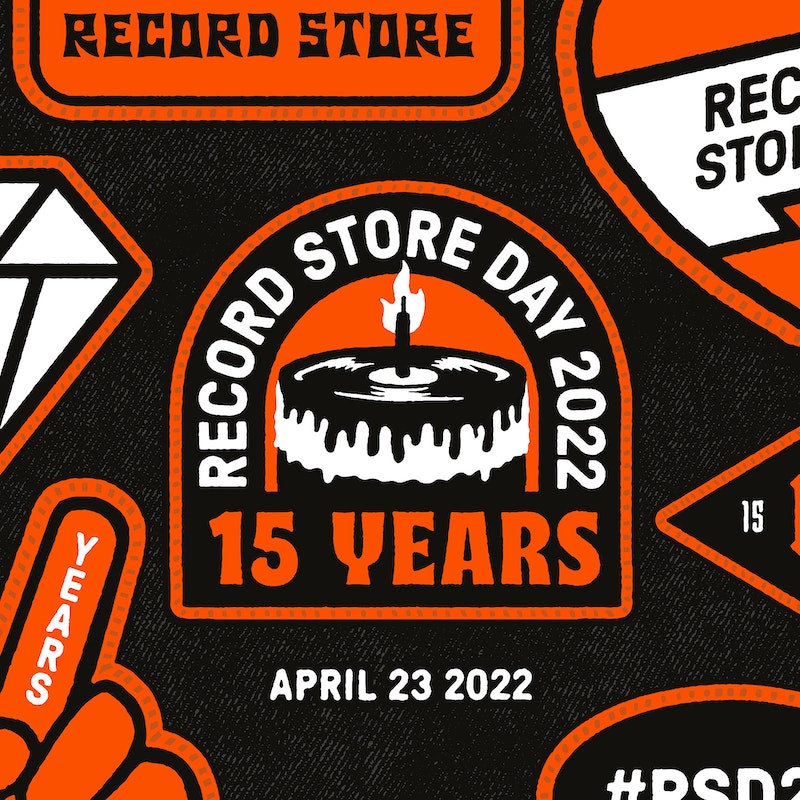 The 2022 Record Store Day will be on April 23. It’s a great annual event, even if it can never match my greatest record store day. What’s been lost is the ritual of spending an entire day retrieving a new record, and then spending that day in communal prayer with the artist—of slowly submitting over the course of several hours to the gravity’s pull of their genius. My best record store day was June 10, 1985. That’s when R.E.M.’s great album Fables of the Reconstruction was released.

The 1980s was also the last stage of artistic modernism. In his book Rip it Up and Start Again: Postpunk 1978-1984, Simon Reynolds argues that the punk rock explosion of 1977 was the end of rock culture; that the Sex Pistols 1978 album Never Mind the Bollocks was the death rattle of rock rather than a new beginning. After that, bands embraced different sounds, employing reggae, synthesizers, odd tempos and other experimentation that relied on pre-punk artists like David Bowie as well as the modernist artistic aesthetic that predated rock itself. Reynolds: “Those postpunk years from 1978 to 1984 saw the systematic ransacking of twentieth-century modernist art and literature. The entire postpunk period looks like an attempt to replay virtually every major modernist theme and technique via the medium of pop music.”

Bands from Cabaret Voltaire, who borrowed their name from Dada, to Talking Heads “tried to deconstruct rock even as they rocked hard.” Lyricists absorbed the science fiction of William S. Burroughs, J.G. Ballard, and Philip K. Dick. The record cover artwork of the period “matched the neomodernist aspirations of the words and music, with graphic designers like Malcolm Garrett and Peter Saville and labels like Factory and Fast Product drawing from constructivism, De Stijl, Bauhaus, John Heartfield and Die Neue Typograhie.”

A modernist masterpiece from the time was Murmur, R.E.M.’s 1983 debut. Driven with propulsive punk energy even as it seemed to float in space, the record altered my conscious the summer I graduated from high school. Suddenly the Who, Zeppelin and the Stones were tired old men. We rejected the past and silly hippie utopianism that ended in Altamont. As the genius band Talk Talk sang at the time: tomorrow started. The bands today just don’t have the same creative edge.

In the summer of 1985 I was living in a mice and roach infested shithole in Arlington Virginia, just a short walk from the Key Bridge. My summer job in between semesters at Catholic University was washing dishes at the National Geographic cafeteria. (It’s a skill that would come in handy later in life.) My roommate, a guy I’ll call C, decided not to go to college. He bartended at a popular spot in Georgetown.

Our crib, a tiny one-bedroom, was mostly trashed, with empty beer cans, mouse droppings in the kitchen and old copies of The Washington Post piled in corners. There was one pristine area: across from the sofa where we kept the stereo system. It was a classic Technics set-up I’d spent an entire summer saving up for. The sound was fantastic.

We also had an intense next-door neighbor I’ll call Jon. Jon was a cool black guy around 30 who was friendly but had one sore spot: his ex-wife. He’d wound up in the shitty run-down apartment building because his woman cleaned him out after a divorce. Jon had his phone service cut off, so he’d occasionally bang on our door and ask to use ours. He’d greet us calmly and politely, then transform into a cyclone of rage when the person on the other end picked up. That BITCH had RUINED HIS LIFE and this was SOME BULLSHIT that he couldn’t even PAY HIS GODDAM PHONE! He’d then hang up and thank us. Occasionally, Jon would drop a dime bag of weed on the coffee table as a solid.

I’d wash dishes all day, do some writing to send to magazines like Rolling Stone and Playboy (they never bit), then go to the bar to hang out with C. Afterwards we’d come back home and spin the great artists of the day: Tears for Fears, Sade, New Order, the Replacements, OMD, Prince, Talking Heads.

R.E.M. was always in heavy rotation. When Fables of the Reconstruction, the band’s third album was dropped, it was an event. C was working the lunch shift and I was off, so we could build the entire day around the release. It was a beautiful summer afternoon in D.C. when I walked across Key Bridge in my Birdwell shorts and Sunshine House t-shirt, gliding over to the Kemp Mill Records store on Wisconsin Ave. in Georgetown. The clerk was a pretty Jewish girl named Hannah who had great green eyes and lovely brown skin. She knew the bands inside-out and you could spend an hour talking to her. The winsome rituals people recall about record store were true. They were places of happiness, community and fun.

I found my copy of Fables, then headed down to C’s bar. It was the afternoon, slow. “You get it?” he said. I held up the ugly brown cover—R.E.M. has always had ugly covers. C gave me a thumbs-up.

I spent the afternoon at the Philips Collection, the first museum of modern art in America. Degas, Picasso, Monet. I stopped in a bar for dinner, then headed back to Arlington. It was time for the listening session.

C was there, and cracked a couple beers as I unwrapped the LP and lowered it to the turntable. Just then there was a bang on the door. Jon! He had to use the GODDAMN PHONE cause THAT BITCH that was FUCKING UP HIS LIFE! After a few minutes of dialed-up rancor, he thanked us, dropped a dime bag on the table, and disappeared.

We settled in and lit up. The future was ours.