A master undone by a critic. 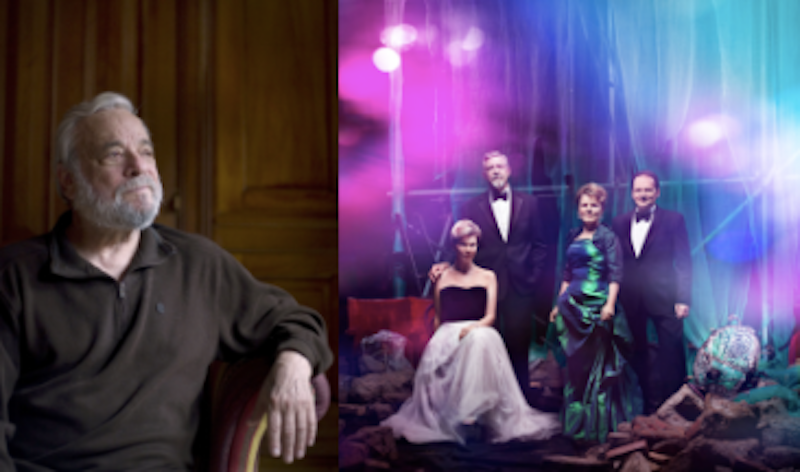 Forty years on, Stephen Sondheim was still fuming about an egregious error that never existed. At issue was a pair of lines he’d written: “Beauty celestial/The best y’all agree.” According to Sondheim, the critic Arlene Croce heard the second part as “The bestial agree” and then lambasted him for comparing women to beasts. But she didn’t mishear the line. The review can still be found on the Internet and it begins this way: “Stephen Sondheim’s lyrics for the show Follies reach their acme of wit in the very first song, in which he rhymes ‘celestial’ with ‘the best y’all (agree).’”

The review came out in 1971, when Follies first ran. Sondheim would become one of the 20th century’s most honored songwriters; Croce became dance critic at The New Yorker and presided there for decades. But that old article in Hi-Fi Stereo Review lived on for Sondheim. He never forgot it. Nor, it seems, did he read it. Presumably the review’s lead (“reach their acme of wit”) put blood in his eye, and then he glimpsed “bestial” lodged down below, glowering from inside a protracted sentence. At that point a flash impression burnt his brain, a burst so powerful it overrode any contrary facts: The reviewer had made a fool of herself, her stupidity was now official. Maybe he glanced at the rest to gauge its bile, then threw the magazine away.

If he’d made it to the second paragraph, he’d have seen that Croce was saying “best y’all” was “a play on bestial.” Like the phrase planted “bestial” in the back of the audience’s mind, the way breasts allegedly showed up in ice cubes for liquor ads? She didn’t specify. Croce’s little aside wouldn’t have made Sondheim feel better, of course. He’d have felt worse, since her actual claim would have to be argued against. Not for long, given her reckless faith in what lyricists can do and how well theater audiences pronounce words. (Is it best-chyall? Or beest-chyell? Beest-chee-yill? The dictionary knows, the rest of us don’t.) But outrage prefers dismissing an opponent and Sondheim was outraged.

Croce presented her improbable dig as a sort of keynote to the Follies experience. Middle-aged women were shown dancing like showgirls when they were past showgirl age, the critic wrote, and “Sondheim’s rhyme, with its play on ‘bestial,’ makes the dowdy spectacle of their exhibition seem not only ironic and sad but deeply disgusting.” Croce alleged that this disgust—“a retching fear and hatred of growing old”—ran through the show. With the performance of the “best y’all” song, “Beautiful Girls,” it apparently hit a peak. She reflected that “at least the old Follies never exploited human beings as harshly as they are exploited here.” Heavy stuff to hang on “best y’all” and “bestial,” but a stereo magazine wants to hear about the cast album, so Croce stuck Sondheim into the first paragraph. Most of the review backhands his work (“Leonard Bernstein’s kid brother”) to dwell on the show’s lousy attitude and the sight of those gals.

Looking at the photo above the review, I don’t think the women seem so bad. On the other hand, I’ll never see the 1971 production of Follies, so who knows. Croce certainly dreamed up a lulu with the supposed “bestial” play, but Sondheim dreamed up a beaut too. He was sure that Croce’s ears didn’t work and that she’d been too daffy to notice. Writing in 2010, he took a long paragraph to set up the reviewer’s purported mistake and discuss other examples of comically misheard show lyrics. With dangerous cool, Sondheim remembered that a little girl once heard Irving Berlin’s “My Defenses Are Down” as “Mighty Fences Are Down” and thought it was a song about hurricanes. Then came paragraph’s end and the killing blow. Eyebrow cocked, Sondheim returned to Croce’s review and intoned the following: “whether it can be attributed to willful bitchery or natural stupidity, her tirade cautioned me to be careful about aural ambiguities.”

Aural ambiguity nothing. Read the review: Croce didn’t like the book, she hated the production, and the songs underwhelmed her. I don’t say she was right; the little she says about the score strikes me as fatuously snobby and unappreciative. But mishear she didn’t. Sondheim was daffy on that point and he never guessed otherwise. I suppose he couldn’t bear having his skill belittled; even a second’s worth could make him short-circuit. If so, no wonder. Wit and skill like his are made possible by inborn aptitude, but they’re made powerful by unending, devoted effort that leaves no detail unconsidered or carelessly placed. Think of everything, execute perfectly, never say the hell with it—that was the Sondheim mission and he’d spent his life in pursuit. Then along came Croce’s lead paragraph with its sneer. Sondheim wasn’t going to debate her. He decided right off that she was dizzy and careless, and he never forgave her.

Four decades later, rich in honors, Sondheim named and shamed Croce in the first volume of his two-volume, extensively researched set of complete lyrics with author’s commentary. But the critic was innocent all along. She didn’t mishear “best y’all.” She functioned as a critic can be expected to function. That is, she listened to one of the century’s best songwriters and never noticed.