Shep Tullier, The Tower of London, and the rough and stoned chill-outs of The Vandaltones. 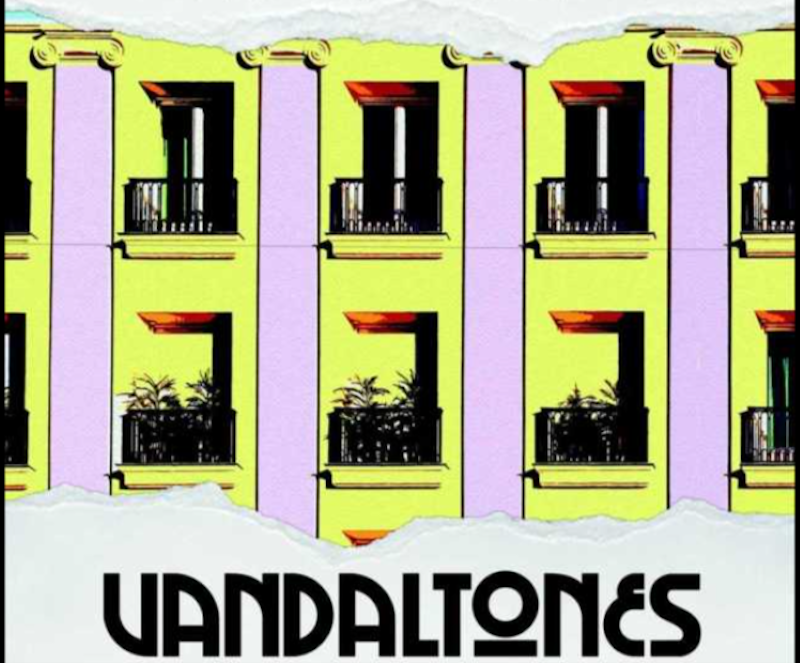 Still basking in local celebrity and national TV exposure, The Tower Of London stood strong gigging well into 1968 despite significant changes in line-up and musical direction. Joe Yanovitch left the group to pursue work in the DC soul scene, Mike Elliot left for college, and Glen Bundy Brown split for a day job. From there the band picked up two new members, Annapolitan guitarist Steve Herron and Severna Park drummer John Schumacher. Shep Tullier remained on bass; guitarist John Rausch was the only other member left from the previous line-up.

The Tower’s repertoire evolved, encompassing songs by acid rock acts Cream and Jimi Hendrix, including “Burning Of The Midnight Lamp” and other lysergic deep cuts. At this time Tullier also befriended The Jimi Hendrix Experience during their August 1967 live stint at DC’s Ambassador Theater. Meeting up at their hotel room the British-based musicians were particularly impressed when Shep brought them fresh copies of NME and Melody Maker, a slice of home to help the road-weary UK artists get caught up on pop news. At around the same time, Tullier headed off to Easton’s McKean Sound Studio to create a new remix of “Substitute” that featured psychedelic tremolo effects in the vein of The Smoke and The Who.

Rausch and Tullier were fulltime college students, but neither planned on staying in Maryland forever. Tower Of London had one more Leonard Schwab-supervised recording session at a studio in College Park (done for an unreleased 1968 single that included an untitled original and a cover of The Kinks’ “Stop Your Sobbing”). Soon after that the band called it quits Tullier and co. pursued continuing education outside of Maryland, or formed new bands and other projects which quickly found audiences beyond the local all ages/teen scene.

Tullier’s music activity has spanned 60 years. The first band he played with after The Tower Of London’s break-up was David, a progressive rock group whose repertoire mainly consisted of material from Jethro Tull, Blodwyn Pig, and other early-1970s art rockers. This was followed up by “What’s So Bad About Evel?”, a one-shot novelty single from Annapolis studio group Snake River (the combo’s music and lyrics were inspired by stunt superstar Evel Knievel). Two major solo projects (one that earned him the chance to sign with Lifesong Records, and another that caught the ear of the infamous Kim Fowley), new wave/pub rock band Zero, the late-70s line-up of Joe Yanovitch’s Zappa-esque freak rock combo The Vandaltones, and the power pop single “Go Modern” filled out Tullier’s Cold War-era resume. The 1990s found the indie music vet married with a family and settling into a day job as a community planning consultant in Anne Arundel County. A high point of 1993 came when Tullier won a seat on the Annapolis City Council. Despite political success and domestic commitments, his love of music was still strong.

When 1960s teen rock artists remain active long after their early days they usually take one of two paths: they violently rip themselves from their primal lo-fi roots, or get stuck in nostalgia, creating a sonic mid-life crisis. It’s rare to find post-garage rockers who can strike a dynamic balance between sophisticated perspectives of adulthood and the rawness of youth music. Roky Erickson, Fred Cole, The Glass Sun, Downliners Sect, and a few others successfully made recordings that matched the power of their youthful work. Quietly following in the footsteps of these cult faves, Tullier’s esoteric work circa the 2010s and 20s gives The Tower Of London’s best elements a fresh intensity.

Shep Tullier: “It just seemed like the machines were taking over…. EDM? I [didn’t] pay any attention to it. Anybody can do a tune on Garage Band, on your phone, you can post it on YouTube, your stuff can be streamed, and there’s still talent to be found, but I don’t know where to find it because I’m just drowning in content. By the time the 2000s rolled around I was just heading back more towards guitars.”

Focusing on original material inspired by the messy endings of two marriages, climate change, and unique perspectives on social behavior gleaned from his planning work, in the 2010s Tullier re-discovered his artistic voice and revived The Vandaltones as a mercurial studio entity. In many ways “Vandaltones” was the perfect name for the new project. It’s a subtle tribute to late Tower Of London/Vandaltones founder Joe Yanovitch (who passed away in 2015) and a defiant scrawl on the impersonal facade of modern pop’s assembly line style. Upon learning that many pop hits of the aughts were created by teams of marketing specialists, demographics experts, and several songwriters and arrangers Tullier was dumbstruck.

Tullier: “The idea that you need eight writers to come up with some pop confection just boggles the mind, to me that’s just formulaic. To have writing by committee, I just don’t understand it.”

Despite his disinterest in techno pop and EDM, Tullier has managed to avoid any “okay boomer” moments. You won’t find anti-K-pop anthems or Taylor Swift dis lyrics in his songbook. While they may not offer any synthetic digital bliss, the recordings released by the latter day Vandaltones sport an even mix of distorted post-teenbeat damage, top-flight production, and virtuosic “tasty licks” a ‘la Mac DeMarco, Thundercat, and other eccentric jazz rockers.

Tullier: “I’ve been using some really good jazz players on some of The Vandaltones sessions. I mean, these guys can sight read and all that. [Famous L.A. session musicians] The Wrecking Crew used to call it reading rat shit because when you see dotted 32nd's and all this stuff it’s just a complicated cluster of notes.”

The Vandaltones’ recordings are unified by an intimate connection to independent rock history and Tullier’s life experience. Even with numerous connections to the past, none of their songs sound old. “Waveland” (from the 2020 EP Heavy Water), "Floatin" (from 2018’s High Society), and the entire Feel Good EP (2021) feature fusion and vapor wave elements intermingling with warm r & b hooks. This is psychedelic soul for daydreamers, a panoramic sound with the shimmer of a Chesapeake Bay sunset. The bittersweet folk rock single "A Lot To Live For" is just as melodic as these cuts, but less spacey and imbued with some of the singer-songwriter’s most poignant autobiographical sentiments.

The rough side of The Vandaltones creates a perfect contrast for their stoned chill-outs. “Bad Day At Black Rock” (from High Society) and “Reap What You Sow” (from Heavy Water) brandish a fury destined to please fans of grungy doom metal. The title track from High Society and the short and savage "Little Tiny World" have a fresh take on Tower Of London-style folk-punk. With frenetic Dylanesque vocals, Tullier spits out a tirade against global warming, a constant danger that effects the “bureaucratic boondoggles” confronted by a planning consultant in one of America’s most frequently flooded regions.

Before scoring hits as a maudlin singer-songwriter, Eric Carmen played with 1960s garage legends The Choir. Teenbeat to the core, once that band split up in the early-70s Carmen co-founded The Raspberries. This group re-contextualized the youthful electricity and propulsive hooks of The Choir with weird arrangements and poetic lyrics informed by the heavy 1970s prog era, a time period barely removed from garage rock’s mid-60s apogee. Tullier has pushed the concept behind The Raspberries’ work further by fusing the expansive sonic innovation of 21st-century music with a classic song craft whose contextual power is charged by six decades of pop evolution. The world would be better place if the derivative Boomer cover bands littering local bars could forget about Clapton and Zep and start taking cues from Shep Tullier and The Vandaltones.