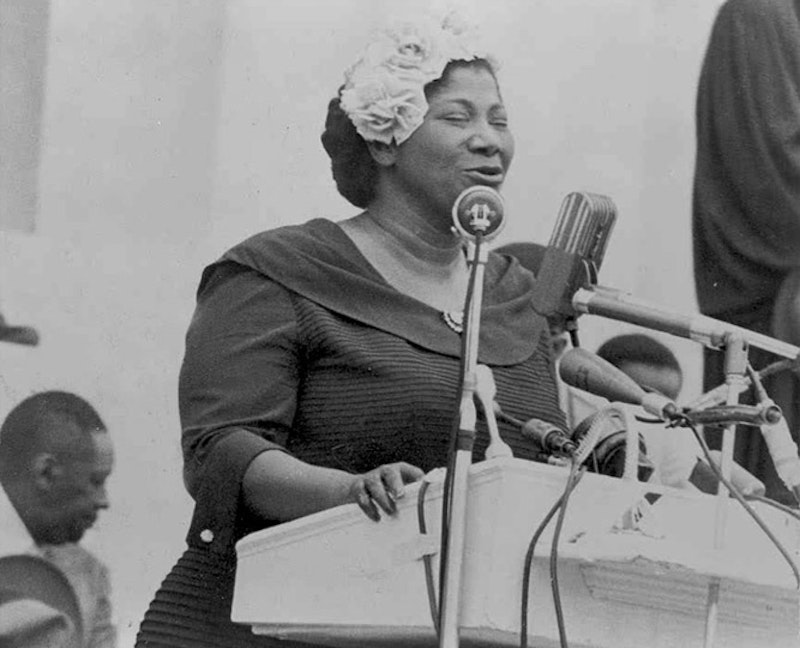 Afro-futurism is a space journey backwards—imagining some distant age of freedom and funk has been handed down from Sun Ra to George Clinton to Janelle Monáe. So clipping's new album Splendor and Misery, isn't going forward as much as it’s rocketing towards history as a distant star, falling back into the past on a time machine squealing with bursts of static, distorted beats, and the clunky slide of electrodes. "Warning: mothership reporting/Cargo 2331 has commandeered the vessel," limber-lipped frontman Daveed Diggs declaims on "All Black," referencing Funkadelic, the middle passage, and John Sayles’ 1984 Brother From Another Planet. There's slavery in the 30th century too—and where there's slavery, there are slave rebellions.

Afro-futurism is about recognizing that hoping for a better world has been going on for a long time. The opening lines of Splendor and Misery is a summary of the imaginative act of the album:

I follow the stars when the sun goes to bed

till everything I've ever known is long dead

I can't go back home cause I wanna be free

Someone tell the others what's become of me.

Diggs throws himself out into the void to think himself free, but even as he does he's haunted by the people, and the self, and he's left behind. The chanting clarity of the lines recalls spirituals, and death and freedom are wrapped up together, as if the coffin is the only way out.

One of the great things about Splendor and Misery is the way it makes gospel seem like prescient Afro-futurism seem like retrograde gospel. Gospel scholar Anthony Heilbut just released a collection of unreleased Mahalia Jackson tracks, Moving on Up a Little Higher, and while there's no mention of spaceships or aliens, the future is a presence on virtually every track. "Late in the evening I'm going home to live on high," she declares in a five-minute version of "Move On Up a Little Higher" from the 1957 Newport Jazz Festival. "I'm going to fly and never falter." The words may suggest spiritual transcendence, but Jackson's voice is an earthy and bluesy, carrying flesh even when it rises up. Her voice throbs with sensuality when she sings, "I'm going to meet Old Man Daniel," so you're forced to wonder what exactly she's going to do with him when that happens. If Jackson is imagining a spiritual future, it's a very physical spirituality, anchored in a diaphragm that seems quite solid. "I'll let you know before I go," she moans and slurs on "Before This Time Another Year," before shouting "Lord!" like she's letting some distant planet know she's coming.

Gospel couched its vision of this-world freedom in references to a Christian heaven; Afro-futurism imagines a utopia solid as metal that’s a metaphor for spiritual liberation. The cheerily fruity synth on clipping's "A Better Place" is an ironic deprecation of hope, but the hook as straightforward in its yearning as Mahalia herself; "There must be a/better way to/be somebody/be somebody else." The time trick ("Who got time on a stick/on a finger?") is that being somebody else is how gospel, and its odd robotic child Afro-futurism, have always been themselves. The world down here may crush you, but there's a truer you clanking around up there as a cyborg who flies and never falters. "True believer I know when I'm going home," the chorus kicks in on "True Believer," and the industrial clank of the future suddenly turns around and becomes the rhythm of the chain gang. Clipping carries the weight of the past with it on its rocket ship, not least because the past's painful legacy is the dream of firing those rockets, and moving up a little higher and away.