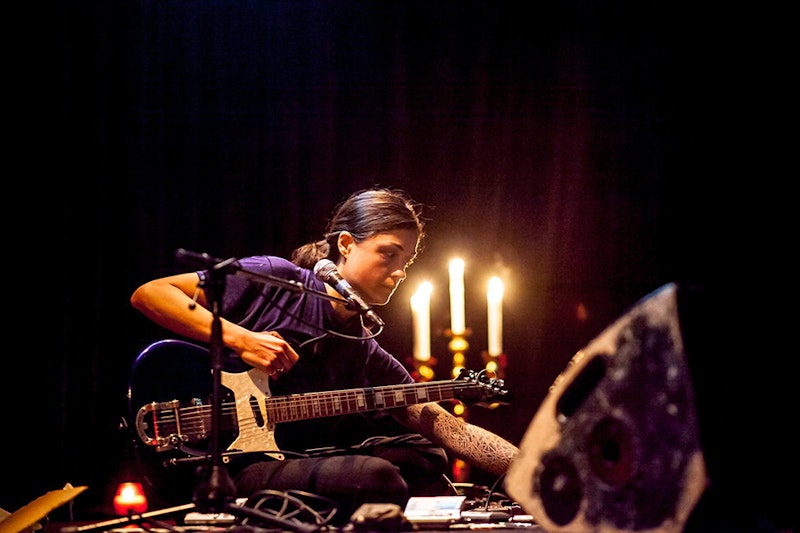 “Grace,” “Violet, “Allison”; for whatever improbable reason, the songs from The Original Faces (Kranky) that resonate with me can double as women’s names. That “Allison” sounds like three or four cruddy recordings of the band loping through this song isn’t saying much when it comes to an LP so aggressively enamored of no-fi shoegaze. The magic lies in how every second is home to an explosion of one sort or another: the stalwart, understated labors of the bass guitarist, the sharp trundle of the drums, Liz Harris’ guitars buzz-sawing as her voice bursts into a billion girls, galore, the whole lunging skyward even while succumbing to its own internal undertow.

Tanner Garza, “We Are Opaque”

The title “We Are Opaque” is a declaration, but it’s also a lie: we all contain multitudes, more than we’ll ever quite grasp. Sonically there’s a lot of contradiction at play here, with roiling reverb, flamenco guitars, and micro-sprays of effects at once suggesting a wide, empty space and depths so fathomless that they’re beyond imagination. “Opaque” evinces a wary, studied calm that’s cozy without being chilly or academic; to listen on repeat is to run the risk of falling asleep in your office chair.

One of the worst experiences you can have, as a member of a live audience, is being aware that a stranger is losing him or herself in the present moment while you hopelessly flounder. That’s what we all crave, right? To be swept away on a rapturous wave, separated briefly from cares and aspirations alike; to be, truly, nowhere. Until Michael Vincent Waller and his piano tour the northeast, The South Shore (XI Records) will have to serve as a personal buoy. In particular, “Pasticcio” threads the somber and the ecstatic into a sweet, blood-pressure dropping tapestry, a five-and-a-half-minute allegory of grandeur, grace, and feeling certain to comfort anyone for whom now-pop registers, increasingly, as a mirror image of modern life’s heedless nihilism.