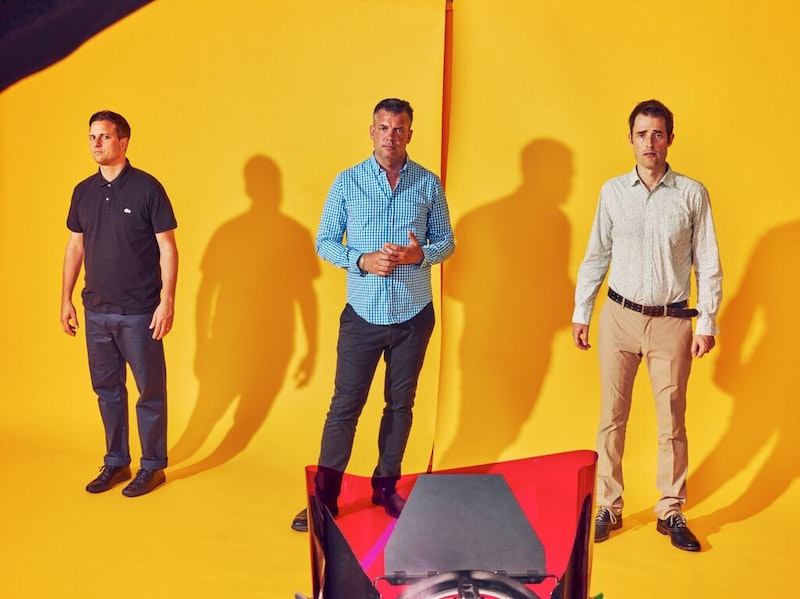 Battles are one of the best super-groups, but they were seriously derailed and diminished by the loss of Tyondai Braxton in 2010. After a couple of EPs in the early-2000s that carried on where Don Caballero left off (looped and wound ear-worm riffs and enormous drums), they arrived fully formed with Mirrored in 2007, a brilliant album with a bizarre crossover hit in the indie rock world, “Atlas.” Here they are playing it on Jools Holland, the same year that Animal Collective played “#1” on Late Night with Conan O’Brien, and Dan Deacon and Whartscape got written up in Rolling Stone. Rock was evolving, expanding, and somehow around the turn of the decade, the wave crested, and now we’re drowning in derivative and boring bands that never got past imitating Pavement or The Smiths. Hearing Animal Collective for the first time felt like how Boomers describe seeing The Beatles on Ed Sullivan, and Battles were part of that same movement, making rock instruments interesting again.

Battles were in the middle of recording their follow-up LP Gloss Drop when founding member and primary vocalist Tyondai Braxton left on burnt terms, unwilling to commit to a tour even though he knew it was coming. Braxton didn’t just sing through a DigiTech Whammy—he contributed guitar, keyboard, samples, loops; and he was an integral member of a band with a totally unique chemistry. Interpol’s gone through a similar situation, losing Carlos D. in 2010 too, the peacock of their band. They’ve carried on like Battles, but both are forever changed and diminished. Short promo documentaries focusing on their new three-person creative process are both turns encouraging and depressing. I wouldn’t want either to break up, but watching them carry on with a colostomy bag is a bummer, because the alchemy of the four piece, those four people, will never be back.

At least not yet. Battles’ first record in four years, La Di Da Di, isn’t nearly as dire as Interpol’s El Pintor, probably because they wisely decided not to seek out guest vocalists like on Gloss Drop. That record sounded so flat and scattered compared to the early live recordings by the original four piece, with out-of-place appearances by Gary Numan, Matias Aguyao, Yamantaka Eye, and Kazu Makino. La Di Da Di is meticulously crafted but it’s a dead sound, labored over and very much something that was clock-in, clock-out. Mirrored was magic, this is business as usual. Battles are still one of the best experimental rock bands in the world, and their autopilot flies high. But the promise of what could’ve been, the bruised feelings of whatever went down with Braxton, still looms large over a record that treads water and even, perhaps unintentionally calls back to their only hit—the opening floor tom lope of “Tricentennial” is identical to “Atlas.” La Di Da Di is more programmatic than inspiring, but it still rocks harder than anything by flavor-of-the-month Television copies and sentimental soft rockers. But treading water and preaching to the choir is no place to be.