Wildest Dreams of a Kool Thing 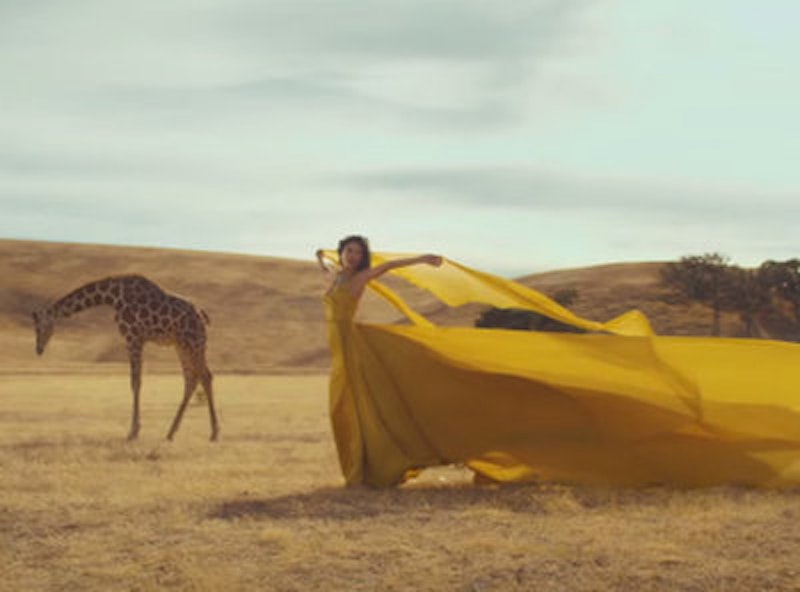 Taylor Swift's latest video shows her romping around an Africa film set, with exotic giraffes as backdrop and no black people anywhere. She fantasizes herself as the elegant, romantic colonizer, embedded in an Africa that only exists in her own "Wildest Dreams" (as the song is called.) "The white fantasy that Swift is selling is the idea that you can play around with racism but not get your hands dirtied by it," Aaron Bady wrote in a lengthy and convincing takedown at Pacific Standard. "You can have your racist cake and eat it too."

Swift has stumbled over these themes before (as in her video "Shake It Off," where she shows she's cute and innocent unlike all those twerking black girls.) But in that she's not much different than Katy Perry, whose videos are a cornucopia of clueless appropriation, or Miley Cyrus, who famously groped one of her backup dancers at the VMA's. And for that matter bell hooks wrote a famous piece back in the 1980s pointing out how compulsively Madonna commodified blackness as a way to demonstrate her own edginess and sexiness. White pop performers have historically had a lot of trouble addressing race in ways that aren't racist. They've had so much trouble, in fact, that you start to wonder whether there's ever been a white pop video about race that isn't racist.

The efforts that are most successful, I think, tend to be collaborative. For instance, Avril Lavigne and Lil Mama's "Girlfriend" avoids many of the typical pitfalls. Lavigne isn't using Lil Mama to make herself seem more powerful (like Miley groping her dancer) and she's not distancing herself from blackness, the way Swift does. Instead, the video presents Lavigne and Lil Mama as collaborators in graffiti and girl power. It's a white pop video that isn't racist because Lil Mama is an equal creator/participant—which means it isn't exactly, or entirely, a white pop video at all.

The song, sung by Kim Gordon, deals directly with the sexual and fetish connotations of white/black relationships. To some extent, the video is in line with Madonna or Miley Cyrus; white stars use the stereotypical sexualization of black people to make themselves seem sexy and akin to that "kool thing." There are a couple of important differences, though. First, the sexual commodification deliberately goes both ways. Chuck D (shirtless and muscled) is presented as the object of Gordon's sexual desire. But the white singer dressed in a black leather bikini is also framed as an object of Chuck D's gaze.

More, the sexual objectification of both Gordon and Chuck D is presented as symbolic. Gordon wears tights emblazoned with the image of Marilyn Monroe, the most iconic white woman extant. Chuck D, for his part, is doubled on screen by a sleek black cat, which Gordon strokes while she sings in her harsh sexy rasp, "I'll be your slave." Whiteness and blackness are presented as tropes, with which both white and black performers flirt. We see Chuck D "walking like a panther" down the street; then the image switches and it's Gordon walking on the same street in the same way. Or we see a close up of Chuck rubbing his finger across his lips in a quintessentially female come hither stereotype, followed by a close-up of Gordon's lips. Gordon and black female dancers shake and twirl in the same way. Chuck D stands on a civic-looking building, and then it cuts to a white guy standing with the same contemplative look in the same place. One of the white guy band members uses his teeth to untie what appears to be Chuck D's sneakers. Everybody wants the power of everybody else, whether it's Gordon wanting the transgressive oomph of blackness or Chuck D contemplating the allure of white patriarchal power.

Sonic Youth is too arch, and perhaps too knowing, to present this shuffling of racial and gendered images as liberating. "What are you going to do for me?" Gordon asks. "Are you going to liberate us girls from male, white corporate oppression?" The video parodies the idea that appeals to blackness makes you more real or true or free or sexual (contra Miley Cyrus or Eric Clapton.). "Fear of a female planet," Gordon and Chuck declare, linking women's struggle to black people's on the strength of Public Enemy's most famous album title. But then a second later Gordon says, "I just want you to know we can still be friends"—some common ground, but some distance too.

That ambivalence is very Sonic Youth. You could see it as trying to have it both ways, mocking the fetishization of black culture while still engaging in it. But you could also see the vacillation and uber-hipness as part of the New York milieu the video celebrates—a milieu in which hip-hop, art noise, and Robert Mapplethorpe all coexist, and matter to each other. If Swift wants to stay clean, "Kool Thing" gets you messy—and Sonic Youth and Chuck D seem to feel that's a messiness to embrace, with friends, neighbors, and collaborators.