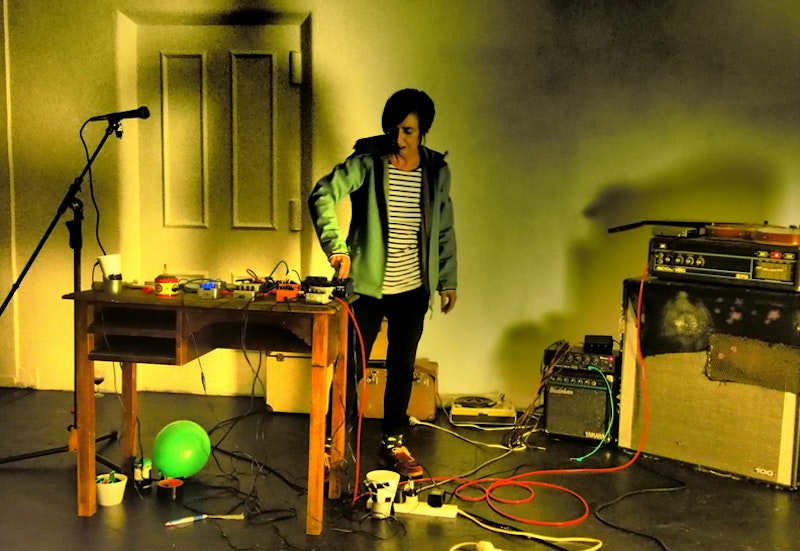 “Untitled One” is probably best enjoyed immediately following a tetanus shot. Why? Because this is metal in the absolute purest sense of the term: not, like, Slayer or the digital processing of a drummer laying waste to industrial aluminum, but actual scrap metal hauled from one end of an area and dumped on a pile. Again and again, the keening screech of sharp edge on hard surface originates in one headphone and migrates over to the other, and there’s something simultaneously calming and cathartic in the unceremonious, picayune banality of the gesture; it’s jarring, yet reassuring. God, I hope these dudes had gloves on.

Sample-based experimentation doesn’t get much more eczema than “Get a Haircut,” an itchy blizzard of lice and dandruff. A pencil scrapes along a page, a coin scratches a lottery ticket, and a phrase heaves in a loop as what sounds like the world’s tiniest stallion gallops through the frame and a static storm hovers on the horizon. The elements that actually do comprise this track are probably odds and ends we’d never have guessed at, manipulated and stretched far beyond recognition. Having the adventure is knowing that the particulars of the mystery are just out of reach.

I don’t have anything against fun in hip-hop, but does hip-hop really need a pair of aging, cartoonish MCs dishing up bowls of sugary Saturday morning cereal right now? Ghostface’s enthusiasm is undercut by a lack of creativity; DOOM breezes through on autopilot. Only a video—or faux series trailer—featuring animated versions of these two laying waste to a Whattaburger in Donald Trump masks could salvage this hiccup of a free single. (Maybe.) Twentysomething rappers, behold, and beware; invest those streaming revenues wisely.