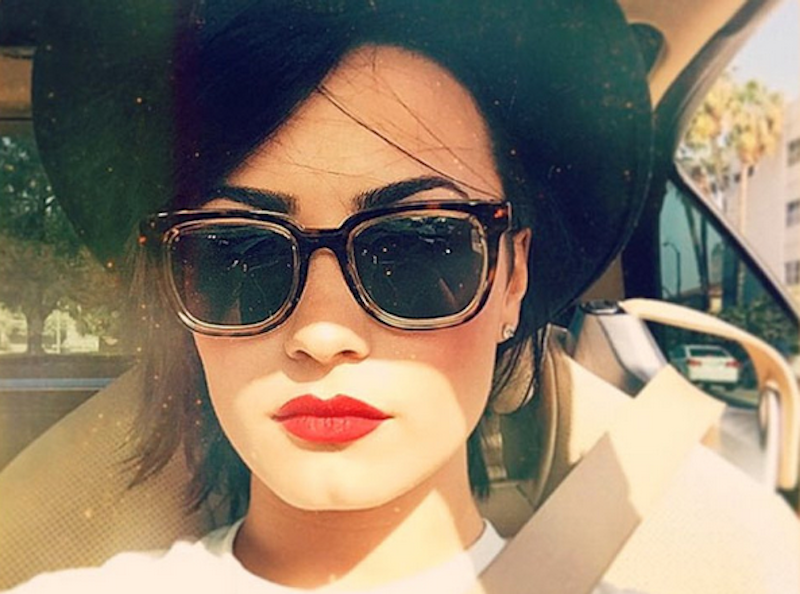 One Fiery Furnace went the indie-rock star route; the other Fiery Furnace moved to Europe and descended into limited-edition insanity. Mr. Fried Burger, I Resume? suggests that the latter is itching to sidle back into the game, and even if he isn’t ready to actually sell the album to anyone, these synthesizer bloops and faux castanets are like Pavlovian dog whistles to those of us who wasted most of the 00s geeking out over them. (How does this guy keep mind and body together, anyway? The opening verses twist Human League’s “Don’t You Want Me,” which buskers worldwide should be required to perform at least once daily.) Anyhow, Matthew, if you’re reading along at home, please take these words to heart: there is an audience for a Winter Women and Holy Ghost Language School part duex if you’re so inclined, and an even bigger audience for a resurgent Fiery Furnaces.

Demi Lovato, “Cool for the Summer”

Summer’s over, so it’s as good a time as ever to unpack The Demi Lovato Hit Single That Wouldn’t Die. What we know: “Cool for the Summer” is lascivious young’un hook-up cyber bubblegum by and for those lascivious young’uns inclined (perhaps) to taste, chew thrice, then unceremoniously discard. What we don’t know: the nature of the lasciviously illicit arrangement. A bestie and I are still puzzling that one out, and I can’t think of the last time I paid enough attention on the charts that confused me this thoroughly. Is Lovato’s avatar banging another woman? A step-sibling? A step-child? A step-parent? For the answer to be either “the boy next door” or a Hell’s Angel nicknamed Snake is too unimaginative a notion to seriously entertain. Maybe the answer is “all of the above”—and maybe it’s downright ageist of me to side-eye the idea that the narrator wouldn’t bail on this secret arrangement three weeks before Independence Day.

Ultimate Painting, “Out in the Cold”

Sometimes I wonder if the members of Ultimate Painting possess bones, joints, even cartilage; these necessities are absent on Green Lines, a no-hassle realm that seems to consist entirely of lush copses, chilled wine, and mellow dudes who own first-editions of Teenage Fanclub’s Bandwagonesque. It’s the sort of album that I might still be wearing out three months from now, but I could just as easily forget that I own it or ever cared about it. Closer “Out in the Cold” is fairly representative, a jangly, gently stoned Beatles-ized Ramones C-side; twenty listens in, I’m no closer to caring what the song is about, and I’ll probably never know for sure. It’s just so fucking pretty.