Music That Will Never Be Best Of 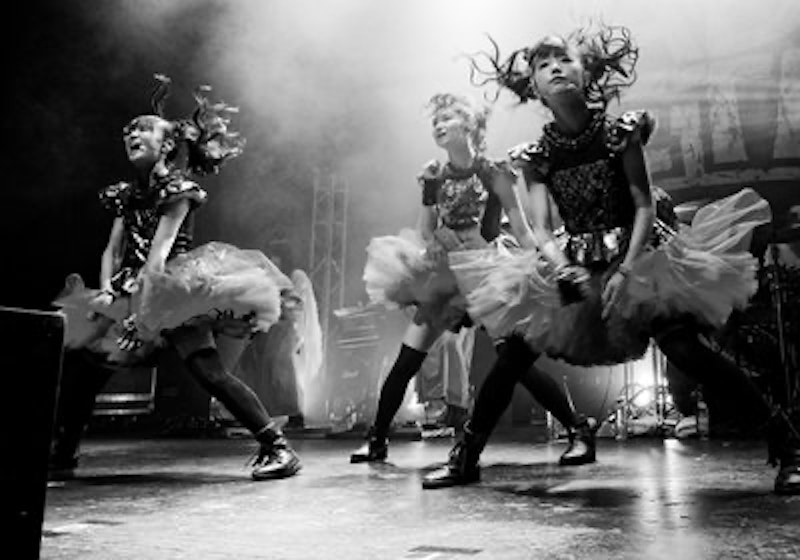 Best of lists are always an arbitrary exercise—and it's brought home to you just how arbitrary when you stumble upon that perfect album and realize it was released, not this year, but last. What's considered best, it turns out, depends a lot on whether or not you happened to hear that very best thing in that calendar year.

Many of the albums below were released late in the year without a huge publicity push; as a result, I didn't hear any of them until well into 2015. It's too late to put them on a 2014 best of, perhaps. But it's still worth giving them a listen, both because they're great in themselves, and as a window into a 2014 that (for me at least) never was.

This came out at the tail end of 2014, after most everyone had packed up their best of lists and gone home. Also, it was independently released by a local Chicago band with virtually no national profile. I still feel guilty though, because this surely would have made my best of. Billed as a psychedelic soul septet, the band actually sounds like lounge fusion; maybe Steely Dan with substantially more weed and a jazzy vocalist. Singer Emily Nichols runs bop lines around the bands sublimely trashy muzak guitar and synth noodling, while the percussionists (two of them) lay down woozy rhythms that teeter towards stoned silence before picking themselves up and lurching onwards. There are thousands of identical indie hipster bands, and thousands of retro soul outfits, but Woo Park is something different.

Horror-shock thrashy hardcore death metal, with vocalist/guitarist Marissa Martinez up front spewing foam and feral dumb-smarts. The songs mostly come in at less than three minutes, with the strangled, throttled guitar solos bent and warped by the adrenaline pace. The beginning of the album, "It," comes in like a locomotive with fangs, as Martinez screams "IT IT IT" over and over. Most of the lyrics on the rest of the album are unintelligible, but every so often some bestial wisdom rises from the murk, as the title chorus from "We Live in a Cave," complete with Neanderthal atavistic grunts, or "Mister Frye, the Janitor Guy" where you can barely make out Martinez shouting in character, "shitting, fucking brats; horny fucking [indistinguishable]." Glenn Danzig's cartoon splatter persona is an obvious touchstone, but Cretin is more breakneck, more frantic, and not coincidentally funnier than the prototype. Though I didn't know it at the time, this was probably the greatest metal album of last year.

The current hot/critically validated trend in R&B is for sparse, fractured, and drifty psychedelia, a la Frank Ocean, FKA Twigs, or SZA. Polly A (aka Meleni Smith) takes a different tack on her December 2014 EP, stuffing each song with samples, hooks, and gimmicks to create a pop kaleidoscope. The album's single, "Nature" opens with a jazz band sample, throws in intense off-kilter percussion, choral harmonies— an intensely, ecstatically wrought background for her lament about authenticity "don't you blame me/because I cut you/it's in my nature."  "Just a Man" is built around a semi-classical piano and violin background, with Polly showing off her old-school soul/jazz singing (no autotune audible, thank you.) "Red Balloons" sounds like alt-rock, with Timbaland-ish beats stuttering in the background, an echoey dance floor break, and a bad-ass bass line. It's joyously inventive, fun, genre-bending music. Polly A was too weird to hit it big in 2014—but maybe next year.

Babymetal combines ultra-cutesy J-pop goofiness with giant grinding death riffs and some background cookie monster vocals to create an alternate world in which extreme metal is the music of choice for teen girls and/or in which bands like Deicide are lyrically obsessed with chocolate bars rather than Christ-killing. Babymetal received substantial coverage, but I somehow didn't listen to them till this year, at which point I was thoroughly charmed/confused/horrified. The band was too much of a novelty act to make most best of lists—though, of course, much of the best rock music has always been novelties. If people took Elvis hiccupping seriously, why not metal with harmonizing chipmunks?

Cartoonist David Rees mashed up music by electronica weirdo Aphex Twin with vocals from pop weirdo Taylor Swift. As Rees has said, the results are delightfully, and terrifyingly, apt. Aphex Twin was always meant to pen catchy radio hooks, while Swift was always an alienating, perfect music machine. "We are Never Ever Getting Girl/Boytogether" is a triumphant song about being too much of an avant garde indie genius for your boyfriend; "To Cure a Weakling McGraw" is about listening to Tim McGraw on the backroads and feeling nostalgia for a future-past with teen cyborgs in little black dresses. The project is arguably about losing your musical bearings in time, so it’s apropos to have found it when it was already out of date.