A sentimental list of the author’s 10 favorite Beck songs. 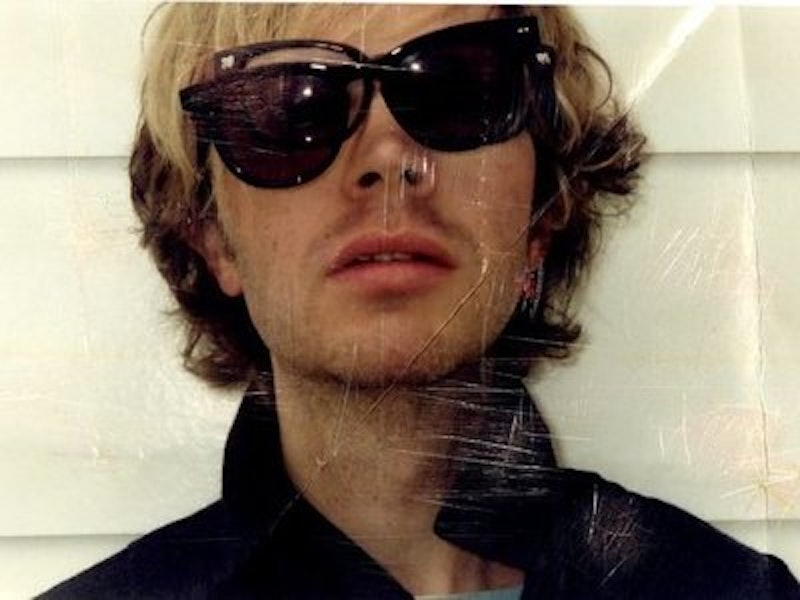 Lists of favorite songs by an artist or band should be nakedly personal in nature, and never, ever cynically marketplace-driven, Buyer’s Guide hagiographic, or audience trolling. What follow are songs written or co-written by Beck Hansen that profoundly affected me: songs I sang to myself in the shower, songs still seem to bear deep meetings, songs I’ve never been able to shake off. In some cases, my preferences overlap with the larger public perception of this mercurial Los Angeles-raised polymath; in other cases, they’re essentially obscurities. Since “Top 10” is a necessarily limiting concept, a lot of great songs were sidelined: “Burnt Orange Peel,” “I Think I’m In Love,” “Lost Cause,” “Pay No Mind,” “Outcome,” “Totally Confused” (which would become the title of a short-lived college newspaper column), “Nitemare Hippie Girl,” “Blackbird Chain,” “Feather in Your Cap,” “Orphans,” “Blue Moon” and “MTV Makes Me Wanna Smoke Crack.”

Mixed-use contradiction at its purest essence: a modal infant’s mobile, a lazy lullaby, a stoned misdial, a means of killing time in the home studio ‘til supper’s on, or all four in one.

I know. It isn’t difficult to come across as faux profound when it sounds as though you’re singing from heart of an antique hourglass recently inverted by an unseen hand. (Also, those strings, bro!) But a casually projected eternality has always been chief among Beck’s attributes, and he capitalizes on that weariness here.

Won’t some friendly stranger program this one into my iPhone as a wake-up alarm ringtone that I can’t shut off?

If only drinking to excess felt as exciting and emancipating as “Beercan” still does today. It’s Sunday and I’m 39 and I’m not touching anything stronger than coffee.

At times I confuse “Modesto” and “Rowboat,” maybe because both songs embody a kind of dumped or about-to-be-dumped hopelessness and because when they entered my life, I just wanted to be in a position to be dumped by someone. “Rowboat” is less lysergic and more country—pedal steel drenched—while the narrator of “Modesto” is basically a reckless teenager who can see the wider world beyond a spiraling relationship. There doesn’t appear to be an official “Rowboat” video, but the fan cover clip linked above nails the vibe of the song—and, frankly, the vibe of a lot of pre-Odelay Beck songs, albums, and imagery—perfectly. (Almost too perfectly.)

Now, this one snuck up on me; for a long time, it wasn’t even my fourth favorite track from Guero, an LP I fancied upon release for reasons that probably had something to do with a desire to recapture a fleeting, wasted youth. While “Girl” wants pop, folk, and New Wave, it isn’t denying a musical language in which the joints of these codified genres snap in and out of sockets.

For the best results, listen a) while reading to issues #49 through #52 of Grant Morrison’s early 1990s run on Doom Patrol or b) while watching OG Scooby-Doo episodes with the sound muted. Also, the video for this song is flat-out bananas.

So Johnny Cash covered this, but even he couldn’t sell its pathos on the level of Beck’s unfuckwithable original, where light surrealism tempers post-romantic depression. As a youth I sang along heartily. I thought I got “Rowboat,” back then.

Look, when is someone gonna pitch a reality show where an aimless Beck just approaches random groups of musicians—bluegrass lifers, street MCs, mariachi guitarists, noise people smashing effects pedals in basements, etc.—and jams with them on the spot for telegenic, transcendent moments of hybrid-genre magic? I don’t want a creator credit, I just want this to happen.

Beck’s spiritual take on “Don’t trust anyone over 30” or Stiff Little Fingers’ “Suspect Device.” In the days when I replayed this song obsessively—when Beck felt as central to my aesthetic sensibility as Reznor or Cobain, pre-Ellis, Malkmus, Ashbury, or Berman, 30 seemed remote for singer and listener alike. We’re part of the problem now, of course. Every word sung here is no less true than it was then.