Music No One Is Thinking About 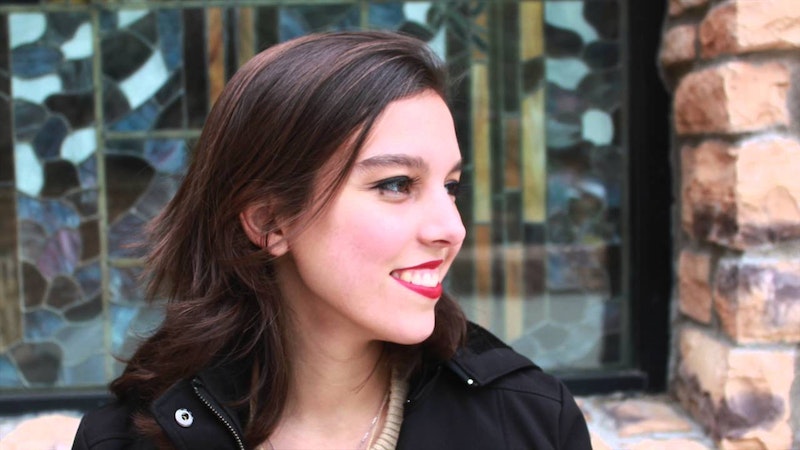 The Internet is a massive machine for making everyone think the same thing at the same time, and an oddly accessible labyrinth where you don't so much stumble upon secrets as have them leap out at you. I don't even remember how exactly I found Portland, Oregon singer-songwriter Claire Keepers on Bandcamp. There was some tab on the screen, and I clicked it. Suddenly I was looking at a random person's self-made album, created, the text helpfully informed me, "to raise money for an internship at Mentors Inc. in Washington DC."

I don't know what Mentors, Inc. is, but it sounded like a worthy cause, so I tossed in my five bucks. And there I was listening to Curious, one of the best albums I've heard so far this year.

Keepers may be making music in her bedroom, but she's smart enough to know that when you're trying to capture people's attention and money on a digital platform, you put your best song up front. "Look Up" is a masterfully orchestrated multi-track vocal tour de force. Keepers harmonizes with herself over a simple beat. "Having the curiosity of a child/excites me to explore the unknown/and ready to look up more often," she sings, while on another channel she lays down enthusiastic nonsense syllables. It ends up sounding like Melanie doing girl group—and then Melanie doing girl group doing be-bop, as Keepers leaves words behind to do some scat that rises up to the top of her considerable range. It's innocent and hip, bare-bones and technically challenging. In the lyrics she exhorts herself to be ambitious, weird and unexpected, and then the song is genuinely ambitious, weird and unexpected—while still catchy enough that you want to hit replay over and over and over. It's like listening to the music that might’ve been in Brian Wilson's head, or Richard Carpenter's, before they got to a studio. Except these days, through the miracle of computer technology, everyone has a studio before they have a contract, or, for that matter, a guitar.

The other unequivocally great song is "Marvin's Room (Can't Do Better)," which takes Liz Phair profanity and turns it into a pop diva tune slowed down and stripped of instrumentation. "This call is a mistake," she says, and follows up with "Fuck that new girl," Keepers sings as the beat plods on and on. She sings the hook from Jojo's "Too Little Too Late" and then starts to excoriate her boyfriend's idiot friends in her vulnerable good-girl voice. The Taylor Swift don't-take-shit-from-him lyrics contrast oddly with the sparseness of the production and the free association lyrics. The track ends up feeling desperate as well as empowering, bitter, angry, sad, and confused. It sounds like a bunch of different people are wandering around in Keepers' head, bumping into each other and stumbling over the spaces where furniture should be.

The rest of the album isn't quite as breathtaking as those two tracks, but all the songs are strong. "Let Me Explain" uses autotune-like tweaking to turn Keepers' background vocals into weird robotic percussion like she's a lo-fi Timbaland. "Quiet Bluebird" is a more conventional indie folk tune that ends with more than a minute of silence—an irritating and amusing choice that consistently made me think the album was over several tracks early.

The last song is titled "Potential," for obvious reasons. The album is meant to be a beginning, not an end; Keepers oozes ambition, and there's no doubt she wants to take over the world. Maybe one day she will.