The Rolling Stones Lived the Dream

See their current tour at your own peril. 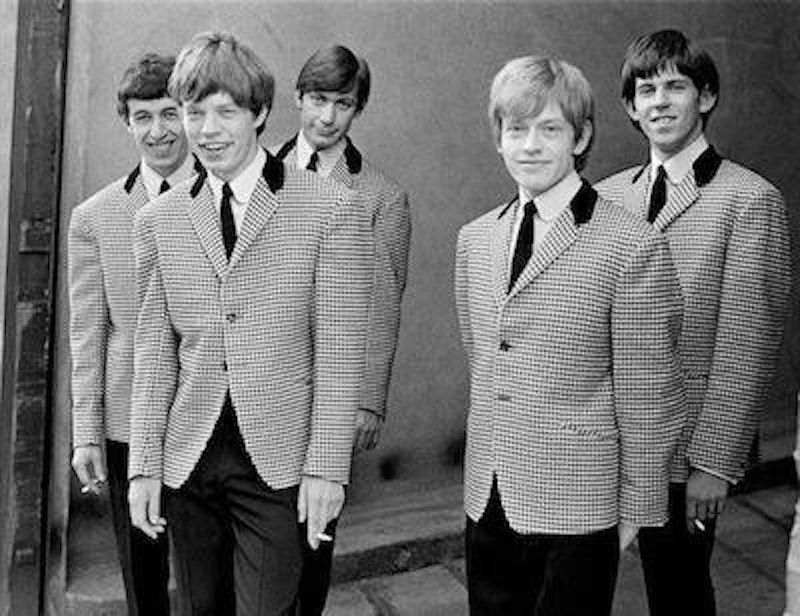 The sunset burns blood orange along the horizon. Looking like flames from a distant hell of warped perspective. The moon's always there on clear nights. Everything comes of age in the past half century or so, and still counting. This so-called coming out of mothballs retirement old age home rock ‘n’ roll soliloquy. Growing old along with rock ‘n’ roll. As the planets align with the universe of all things weird and wonderful, a group of young British boys form a band and sing for their supper. No, not the Beatles. Another band of young Englishmen in matching suits, the yin to that goody two shoes boy band yang. They took their name from a Muddy Waters tune and played a version of the blues for white folks.

There was a drugged-out dandy named Brian Jones. He was no slave to fashion. He was a spoiled brat but knew how to play exotic and unusual musical instruments. He had talent but sabotaged himself. At the very least Jones was considered the norm by the unwritten rock ‘n’ roll standards of those early days. The self-proclaimed leader of the pack, was the inscrutable Mick Jagger, the nervous rooster strutting and prancing a foppish cakewalk dancer. Letting it all hang out, with Keith Richards as the immortal vampire rocker. Charlie Watts, the reluctant drummer holding down the beat, is also a quiet jazz lover. Bill Wyman the jailbait-chasing bassist. The Rolling Stones were dubbed the “Greatest Rock ‘n’ Roll Band” in the world. Big boots to fill and they been doing it forever. Later Ronnie Wood signed on, replacing Mick Taylor who took over as second guitarist when Brian Jones was fired for drug abuse. A few weeks later Jones was found dead floating face down in a swimming pool.

The first time I heard the Stones on the radio or saw them on TV in 1964, six months after the Beatles debut, I knew they were different. I was a swept up in that fevered frenzy that caught the imagination of the young dudes with rock star fantasies. Guitar sales were skyrocketing. Record stores couldn’t keep enough records in stock. New bands were popping up everywhere at once. The Stones quickly became a household name around the country. Not always in a good light: they earned the bad boy image and played it out in public. A reported string of drug busts and wild parties. Their hair was long and greasy and they were dirty like the American hippies.

For a while all rock bands were compared and measured up to The Beatles. The boy band who could do no wrong. The Beatles always came first with everything. Until John Lennon said the band was bigger than God. The 1960s wasn’t all incense and peppermints. There was revolution, war protests, civil rights and the sexual explosion of drugs and rock ‘n’ roll. That the Stones rejected that positive image reinforced my appetite for their music. Rock has lost a lot of its hard-edged dangerous menace to society stance. From Hullabaloo to Altamont.

Who needs angels when you can hang out with devils and listen and even play the devil’s music? It’s been said through the decades that the Stones made a deal with the devil like Robert Johnson at the crossroads, who sold his soul to the devil to play the blues better than anyone. It’s gotten tired to wonder when the Stones will retire. Mick almost bit the dust a few months back, requiring surgery and heart valve replacement. The pending tour was postponed, now he’s back. The band just opened the tour in Chicago and will continue through the summer. I remember the Steel Wheels Tour, when a lot of people called it the Steel Wheelchairs Tour. That was 30 years ago.

The new tour is aptly named No Filter Tour. As in raw, unfiltered and strong. It began in 2017 as a World Tour and comprises the hit songs from a 55-year catalogue of music. It hurts to say that a group of senior citizens rocking out on a stage in a huge stadium doesn’t really have the same oomph as it did half a century ago when they were young and full of piss and vinegar. I still listen to Let It Bleed, Exile On Main Street, among other Stones classics. Those glory days when my oldest friend Michael and I listened to Sticky Fingers over and over again in his bedroom. Gawking at the Warhol cover art, playing with the zipper that was part of the album’s design, and looking at the tighty whiteys underwear and the blue denim jeans silk-screened flesh tones. We were young and horny and the Stones were the right fit for us, perfection in our hedonistic lifestyle.

A few years ago, we went to The Rolling Stones Exhibitionism show at Industria in NYC. It was an elaborate exhibit showcasing the history, the music, and interesting displays of the original studio with the accoutrements of instruments analog recording equipment and a display of the original London flat apartment where they lived in squalor and decadence. The mountains of cigarette butts overflowing the ashtray, the empty beer bottles and dirty dishes in the sink. Complete displays of every album and live concert footage of the band playing its heart out. Rock ‘n’ Roll creatures for sure, these guys are long in the tooth, maybe a bit slower and wiser than before. They had a great run for the money. The Rolling Stones lived the dream. Do they need to outlive it too?