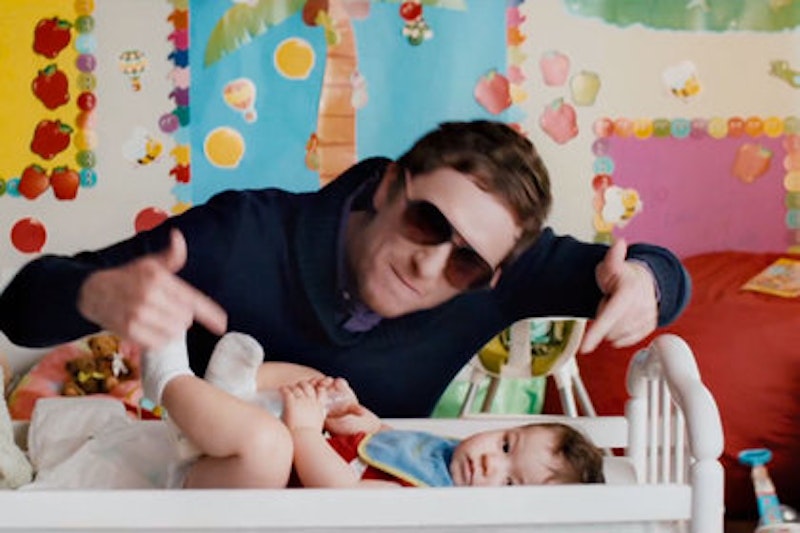 Spend enough time overthinking popular music, and you're bound to pile up some loose ends, pursuits left hanging for a rainy day or a stretch of spare time. Here are a few of mine: a lengthy unpack of the explication of the inexplicable awesomeness of Beyonce's "Countdown," an e-book exploring the stoned grandeur of Stephen Malkmus and the Jicks' "Ramp of Death" from every imaginable angle, a treatise on End Times Sightings' most confounding, impenetrable album, a multi-essay volume titled Notes on Noise that's been bouncing around in my head for five years now. All kinds of other stuff gets in the way of the focus and dedication this sort of work demands: the lifeforce-vacuum of the daily grind, family routines, the financial instant-gratification that freelance writing offers, for better or worse.


This where I’ll offer a few words about The Lonely Island's "I'm On A Boat." Actually, I'd like to offer about 3000 words about "I'm On A Boat"; it deserves at least that many, because it is ruthlessly efficient A+ satire—not of rap generally, or even of late 1990s/early 2000s rap's fascination with yacht culture, but of the widescreen ludicrousness of yacht culture itself. The Californian comedy-rap trio—Akiva Schaffer, Jorma Taccone, and Andy Samberg—cut its creative teeth with a series of wickedly funny skits on Saturday Night Live. Perfecting a comedy routine is a matter of judicious cutting and editing, of jettisoning material that's self-indulgent or doesn't serve the set. On "I'm On A Boat," The Lonely Island demonstrated a facility for laser focus that was nothing short of remarkable: there isn't an ounce of fat on that song, and every beat, metaphor, vocoder warble, and obscure reference has its niche. They spare us a gratuitous outro; it’s a 189-second long model of professional pop craftsmanship.

Cut from similar cloth, "Diaper Money"—from the forthcoming The Wack Album—distills middle-American male pathos into 119 desperate, bug-eyed seconds. Contrary to the marquee, "Diaper Money" isn't just about "diaper money"; it's a triptych-as-abstract that first treats "that diaper money" (30 seconds), then "that wife pussy" (30 seconds), then "that grave plot" (30 seconds), with 20 seconds at the tail end for what might best be described as a coda, or an abbreviated bitch session.

"Diaper Money" begins as a very canny, funny song and concludes as a very dark, embittered song—watching the video accentuates that. (The plunging vocal-pitch drops at key points are very apropos, very Southern rap, very post-lean, one of many fun attention-to-detail ideas that make this song fun beyond everything I'm about to discuss.) The first third is amusingly direct; in a sense that's so obvious that literal explication is wholly unnecessary. The second third is a passive-aggressive celebration of marital cuckolding. In the final third—the finest third, in my opinion—the securing of a final resting place is toasted with brio. Closer readings reveal "Diaper Money" as a raging dialectic about the limits of control, imagining adulthood as a sort of prison or maybe a series of prisons, one after the next.

Superficially, as with pretty much everything else in the Lonely Island, canon, it's about rap's chest-beating ridiculousness, its will to boast. But "I got papers and papers and papers, all for my baby's mistakes" isn't a flip on rap's hallucinated, steroidal cash come-ups—it's an expression of the fear that your kid will grow up to be a fuck-up who you'll always have to support. Worse, arguably: to be possessed without the id-affirming benefit of being desired by your possessor or—by dint of law and religion—anyone. "I got that wife pussy/I got that pussy on lock," the brag goes, yet the reverse is clearly true.

What Lonely Island does—three Jewish dudes yell-rapping—is so redolent of the Beastie Boys that there's something inappropriate about enjoying anyone under-sweating the technique; the specter of death colors everything. That context makes the black comedy of the last third of "Diaper Money" that much bleaker even as it's way more complicated and multi-faceted than what precedes it. As if the urge to self-congratulate for pre-determining one's grave plot wasn't loony enough a conceit, the particulars communicate too much: the proximity (right next to dad, by the highway), the fact that the coffin is Styrofoam, the "minimal typos" on the narrator's headstone (representative of the irresponsibility of American industry), even the admission, pitched as a point of pride, that "I did it my way/A very small percent of the time, way."

So even though "this some grown-man shit" emerges as a refrain, again and again, it's a hollow phrase that becomes more hollow the further along you tumble haplessly down The Lonely Island's emasculated-punter rabbit hole, asking yourself if, honestly, this is all there is to life, really? We'd like to believe that isn't all there is, that there's some time to nosh on some personal satisfaction.

"Diaper Money," of course, is deeply sarcastic on its face: three dudes who want to wild out about how awesome their lives are but can't, like when your bestie calls you and you're comparing notes, and she has some banging life details to relate but you don't, so you find the coolest ways possible to get across how everything's falling apart around your ears.