Bibio Tones Down the Electronica on New Album, Silver Wilkinson 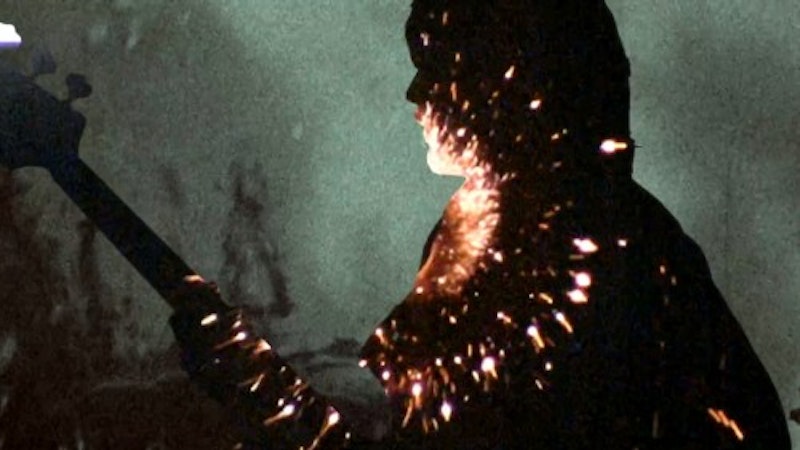 Stephen Wilkinson, aka Bibio, has admitted that he is influenced by Boards of Canada. His position during 2009 was not only enviable, he joined the same label (Warp Records) as BoC, but also artistically validating. Ambivalence Avenue with its blend of cassette-affected acoustic guitar and raw electronic beats seemed to fill the hole left by Boards of Canada after they went on an unofficial hiatus in 2005. On Silver Wilkinson, Bibio returns to the sonic sketchpad of his debut Fi with a more mature curatorial ear.

The opening guitar loops of “The First Daffodils” feel like a tangible pastoral landscape not too far out of reach. A nearly identical melodic continuation to the eponymous closing track of Mind Bokeh, it serves as a road sign to the meditative nature of the album as a whole. Admittedly, some of the tracks are disserviced by this approach. “Wulf,” a two minute loop of chorused guitar feels long and too far removed from any familiar sonic or visual themes to sound interesting on its own. “You” is the odd track on the album which employs not only bass guitar but also a record sample. Mostly unaltered, it doesn't feel as inspired in its use as Ambivalence Avenue, where sonic molestation had reached a high art for Bibio. “Mirroring” falls into similar territory, a singer songwriter arrangement transitions into synth-funk without adding overall value to the album outside of it seeming like a possibly adventurous aside.

As an artist Bibio is at his most interesting when delving into proper songwriting. His ability to arrange supplemental instruments around an undeniably great melody is key to his appeal. Six releases into his musical career, it is encouraging that he can still produce a track such as “A tout a l'heure.” A translation yields roughly “in a moment” or “right away”. Both interpretations are very true to the transience and nostalgia often associated with his music. “A tout a l'heure” is pure reverie, a pitch bent synthesizer and funk bass line service a twinkling acoustic guitar in what feels like an obscure pop jingle rediscovered on a dusty vinyl.

The electronic elements of Silver Wilkinson are too scarce but they do deliver when needed. It is easy to imagine that there is a Bibio treasure chest of demo tapes that follow the glitch-techno setup of “Look at Orion!” Much like he does with his guitar processing, Wilkinson doesn't offer the sort of straightforward electronic anthem that he could likely churn out en masse. The elastic quality of the beat in “Look at Orion!” is a master class in how to not make electronic music feel rigid; a tutorial in how to liberate a drum sequence from a gridded existence. Even the relatively straightforward electronic rock of “Business Park” is skewed by way of sleigh bells which are panned with impeccable detail. Overall, Silver Wilkinson feels like a transitional Bibio record, the evolution of his singer songwriter tunes being most immediate. Though it seems unlikely that Wilkinson will eschew electronic sounds in future Bibio releases, there is enough of a rewarding emotional rawness in the pared down arrangements of Silver Wilkinson that it is worth repeat listening.