The Despair of an Empty Cup

More songs from my brother with his ears chafed from the pavement. 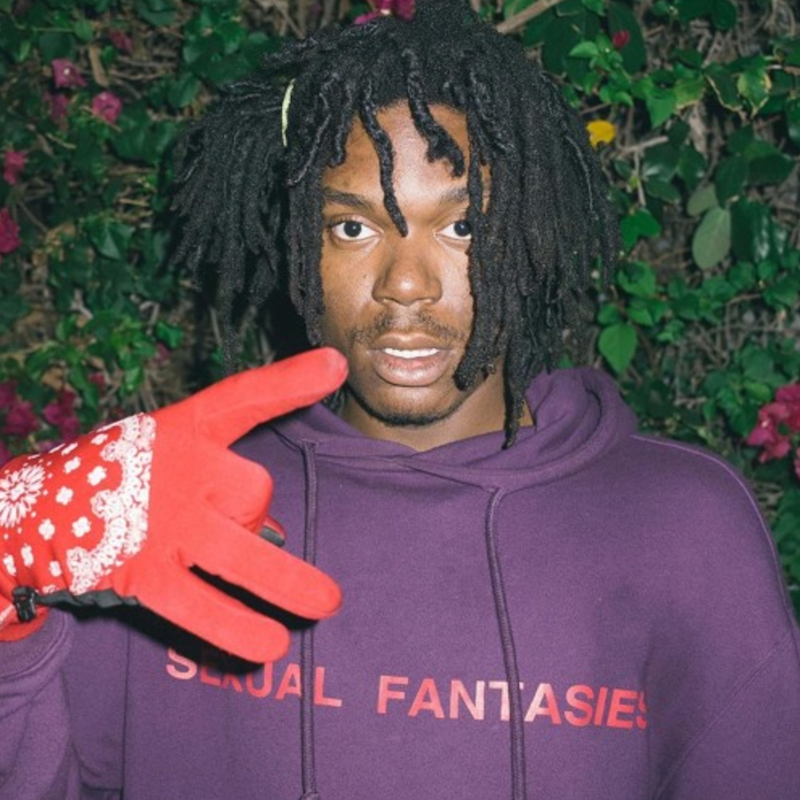 I’ve asked my brother twice to send me songs to listen to and write about. He has his ears to the streets, I don’t. I loved Bhad Babbie and hated Dilly Dally. Now, months later, without prompting of any kind on my part, he asked me if he could “start sending me songs again,” as if this were some reoccurring feature in the extended universe of our published lives. I don’t mind, but I’m also suspicious—what is he trying to do here?

First was Lucki, someone who I loved last time. Booker said: “these two songs count as one bc they’re both under 1 minute” (his comments are in italics throughout).

“Who You Really Kidding?” - Lucki

Beautiful, haunting production by AR and Plu2o Nash. Minimal arrangement and song structure with strong components. Again, immediately gripping and here more emotionally potent. It sounds descended from a universe revolving on Lil Wayne’s “I Feel Like Dying”—not a bad place to be.

Scarface bores me and so does this song.

“‘kid cudi’" (aka ‘pissy pamper’) is the second biggest song of the year after ‘old town road’ but it was only officially released a couple weeks ago. yung nudy’s contributions are fine but totally forgettable. read this about the song it’s interesting”

Stunning, arresting work. I love the way the vocals are recorded and where they sit in the mix, as if he’s rapping from underneath a couch or a cabinet. This is a faster take on the same kind of melancholy in “Who You Really Kidding?” Carti’s verse is killer. It’s a little more motivated and social than the Lucki track but it comes to the same conclusion more or less: everything gets boring eventually.

blink-182 inspired so many people, they made an entire genre—pop punk—mold to their image and sound. They’re so fundamental that their influence might be underrated these days, because in pop punk nothing started before blink-182. Green Day is not pop punk; they’re a rock band. They used to be a punk rock band, but once you start wearing outfits and writing rock operas, you are a rock band. This iLoveMakonnen song makes me feel nothing except distant love and enthusiasm for the Pop Disaster tour, when I saw blink-182 and Green Day and Saves the Day at Madison Square Garden in 2002. I still love most of that music, and even more I’ve found or revisited since, but the thrill of the party that so many of these songs revolve around hasn’t been with me in music for years.

“pick the uzi song u like better. i also want to say chief keef is lou reed”

Another Blink inflected lovesick trap teenage anthem. It’s not of my age but it’s beautiful and resonant… “she’s in love with a rager”… this is a slogan, a universal. This is folk music, traveling songs, monuments to love and passion. This is life. Wig.

Really great completely out of time drums in the beginning. Broken, giant slabs of bass falling and causing chaos like collapsing marble columns. When it all comes together quickly, it gets conventional but not much less compelling, for what it is—a good soundtrack song. And again, the blink-182 vocal melody influence is undeniable and maddening, if only because it’s like, fuck me running, pick another scale motherfucker! Maybe it’s the software. The song goes on too long, but it sounds appropriately “epic,” would sound great over some spaceships exploding.

“^^^ i know you like fast rappers and he raps fast”

Just completely forgettable in every way. I have nothing to say.

Yes it is. “Nowhere2go” sounds like progressive rap. Dense yet wide, lo-fi yet grand, heavy but short, another step forward for one of the most accomplished rappers of his generation. Just utterly fantastic production, and again, haunting. This is the thing these songs have in common: they’re eerie, they’re sad, they’re innocence corrupted.

Kind of interesting but not enough for me to get past murdering his friends for the clout. We shouldn’t celebrate violent criminals or abusers. Melly is no exception. Blue Balenciagas look like shit anyway.