Out of the Sour Milk Sea

I’m drowning in it. 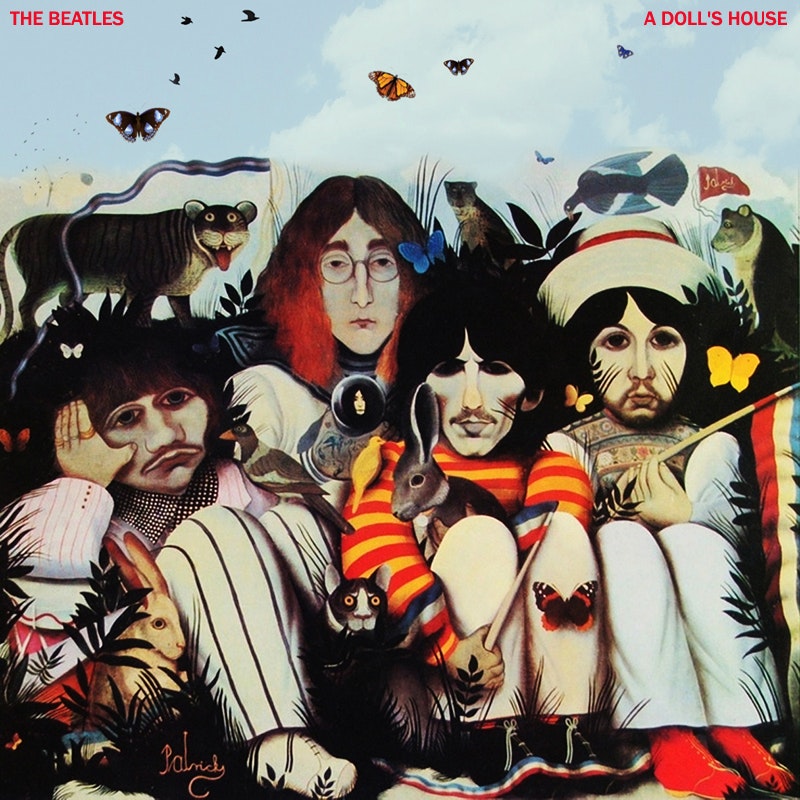 The Beatles should’ve included “Sour Milk Sea” on The White Album. While the song eventually went to Jackie Lomax, who did a great job, it’s one of the best songs the band wrote during their 1968 meditation retreat compared to some of the other songs on The White Album (was “Wild Honey Pie” really necessary?). It has all the markers of a Beatles classic: catchy melody, singable chorus, and the kind of Transcendental Meditation-inspired lyrics that only George Harrison could get away with without sounding pretentious. It also makes the listener think about their own sour milk seas, and how they can get out of them.

If your life's not right, doesn’t satisfy you

Don’t get the breaks like some of us do

Better work it out, find where you’ve gone wrong

Better do it soon, you don’t have long

Part of writing about current issues is keeping up-to-date with the latest news and reading different viewpoints about a subject, but I take it to the extreme. I want to read everything I can about a current news story and every op-ed explaining how the story fits into a grander narrative. Then I internalize everything to the point where all the Twitter pundits become voices shouting in my head endlessly about who holds a monopoly on truth. Was the Dayton shooting an example of toxic masculinity, or are left-wing politics to blame? If it’s the latter, does that mean I’m responsible for the Dayton shooting since I’m on the left?

Eventually I get so obsessed with these questions that I go into a quasi-psychotic state. My mind feels like how “Revolution 9” sounds: fractured, disorienting, and chaotic. Thoughts become paranoid delusions. If this is the sour milk sea Harrison was talking about, them I’m drowning in it.

Get out of Sour Milk Sea

You don’t belong there

Get back to where you should be

Find out what's going on there

I flew to St. Louis for Skepticon two weeks ago in the midst of one of these semi-psychotic episodes. Like most atheist conferences, Skepticon started in 2008 with the intention of focusing on why religion sucks and science is awesome, but has since evolved past the God Question. Now Skepticon is the place for secular social justice activists to gather and learn how to use their humanist values to fight the powers that be. It’s the kind of conference that would make Quillette Magazine readers rage: attendees’ pronouns are included on name tags, the bathrooms are all gender neutral, and a few workshops open with with acknowledgements that we’re on stolen indigenous people’s land.

For four days I hardly looked at my phone. Instead I focused on friends I haven’t seen in over a year, friends I hadn’t met in person yet, and the speakers’ words of wisdom. Talks this year included subjects like disability access issues, local activism, maintaining safe spaces, and racial justice. The latter was a particular running theme throughout the conference since it coincided with the fifth year anniversary of Michael Brown’s killing. Some of the speakers went to Ferguson that weekend to attend the memorial service, and when they returned they told heartbreaking stories of unserved justice.

Back home, I felt more grounded. I spent an entire weekend outside of the noise inside my head to be with people who love me and have the same values. Reality was no longer fractured and chaotic. The internal voices weren’t so loud anymore. Now I had to find a way to continue feeling grounded.

If you want the most from everything you do

In the shortest time your dreams come true

In no time at all it makes you more aware

Very simple process takes you there

Mindfulness has become another cheap buzzword corporations use to profit off of zen, but there’s still merit in the concept. I recently downloaded the Headspace app for daily guided meditations. It’s working so far; even as I write this, I’m noticing small things I never paid attention to before, like how the rug feels under my bare feet, how my fingertips lightly touch the keyboard, and how a cicada will occasionally chirp outside my window. If a thought comes by, I just acknowledge it and move on.

I’m trying to apply meditation to my daily media consumption. I let opinions and news headlines come and go. Bad news still makes me sad and/or angry, but now I say, “I accept that this is reality. Is there anything I can do about it?” If I read an op-ed I vehemently disagree with, I think, “That’s just someone’s opinion.”