All My Happiness is Gone 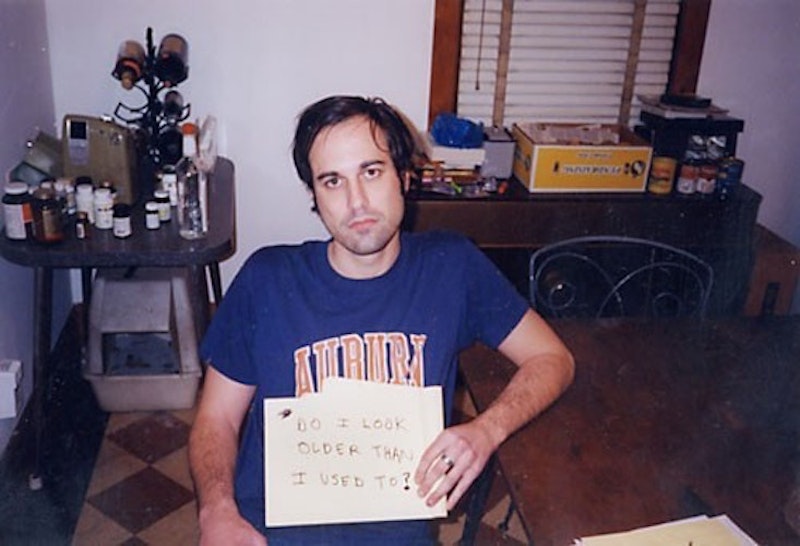 I've wallowed in a puddle of gloom since David Berman died. I had tickets to see his new group Purple Mountains just a week after he died. They were to tour America for a new self-titled record (released by Drag City in July). A solid record, complimenting his nearly perfect discography. Just hearing Berman's voice is enough to bewilder his fans, sending a volt to those enamored by the clever words he's sung-spoke over the few decades we knew him. I was excited to see one of my favorite artists returning from a 10-year hiatus.

Berman's wit was incomparable. Same ballpark as Leonard Cohen—no one else. Berman’s a sort of personality that any cynic could relate to. He didn't hide in academic metaphor; rather, he wrote songs that everyone could find pieces of themselves in. Every song was a different story, a real story. The war he had with his lobbyist father Richard Berman, or what his father represented—the greed of American capitalism—is evident in his songwriting. Themes of evil and power are alluded to throughout his work. Berman dedicated his life to fight against the evils of humankind, with music, one lyric at a time. His words flow fluently through the floorboards, wafting in eardrums, staying with me through the horrors of every day, making it a little less unbearable.

I dedicated my adolescence to the Silver Jews’ music, discovering them in high school. Berman represents freedom, but a tortured strain. Before his death I wouldn't have said that depression and helplessness had hovered over his persona. I found his lyrics humorous, with dark undertones of course, but fairly playful. I found a level of profundity that paved the way for other songwriters of my kind to work around. As Bill Callahan tweeted, “The world is and will always be a David Berman lyric.”

The new record is undeniably his darkest record. Maybe that's because we know the artist's unfortunate outcome, but I'd argue otherwise. The instrumentation is ironically misleading. The music is uplifting and inviting, but its main purpose is to surround Berman's bleak lyricism, to invoke positivity within the melancholy, to lighten up the shadows. The single “All My Happiness is Gone” is one of the most morose songs I've ever heard, but if you remove the words it could easily be heard as a standard country ballad. Take this verse from “Margaritas At The Mall”:

How long can a world go on under such a subtle God?

How long can a world go on with no word from God?

Only Berman is able to rhyme God with God three times in a row and get away with it. But the most powerful song on the record is “I Loved Being My Mother's Son.” A wonderful portrait of Berman's affection. His lack of fear is inspiring. He dives straight to the point of existence without any level of pretension. Though it's one of the most beautiful songs ever written, it feels overwhelmingly somber knowing this record serves as his final statement.

Yeah, I loved being my mother's song

I loved her so because

She was my faithful guardian

There's much more I could’ve said about Berman’s new record. I had a review written I was planning to publish before he died. I chucked it all out, perhaps out of anger, but more out of disappointment. Death changes everything, especially when it's predetermined.

I want to remember Berman for the brilliant work he did and not the way he left. “The dead know what they're doing when they leave this world behind,” he sings in my favorite song on the record, “Nights That Won't Happen.” Berman had just entered a newfound creative peak. His drug days were behind him. He seemed to be heading upward, which is the most frightening part. Depression has the power to take over all rationality and intelligence. Clear-minded, he chose to take his own life.