Tool's first album in 13 years proves nothing is worse than a band that’s become a convincing re-enactment of itself. 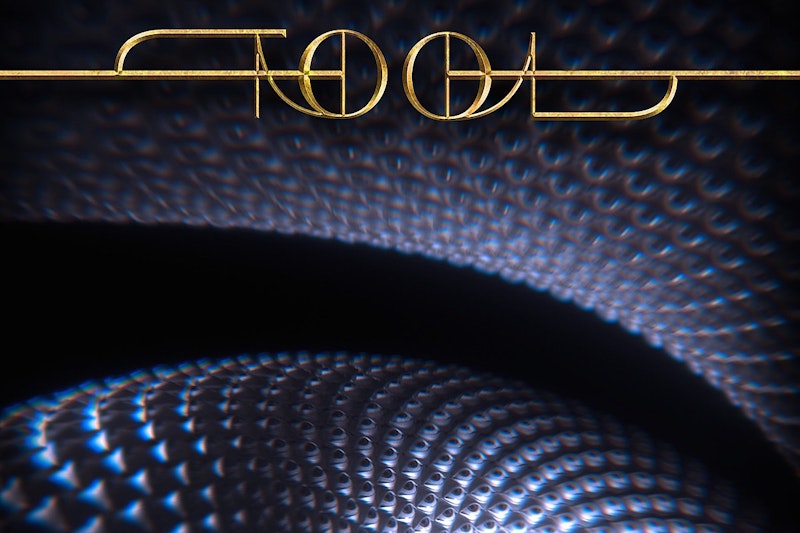 Once upon a time, there was nobody as bad at making music as the band Tool. There was something threatening about them; they received special attention, and special contempt, while others (including Limp Bizkit and Nickelback) simply faded away. I remember how good it felt to put on Lateralus after reading Pitchfork’s wrathful review that rated it 1.9 out of 10. Everything about the album was stupendously foregone.

Of course the album had a pretentious title and a glossy, expensive, “psychedelic” album cover that even Timothy Leary would’ve found a trifle on the nose. The singer kept claiming he was going through the biggest breakdown of his life, but he crooned each line, like a man waist-deep in pharmaceutical-grade drugs and devoted cult followers: “I know the pieces fit/‘Cause I watched them fall apart!” Other times the lyrics didn’t even reach that (rather low) bar for coherence. “Saturn ascends/Comes round again,” Maynard James Keenan yells at the beginning of the album, as if Saturn’s orbital motion is a dire situation that we should all be more informed about.

It was stupid. It was heavy. It was louder than a keg party. It had little space-blues guitar licks, stolen wholesale from Steppenwolf and Pink Floyd, that added atmosphere to the heavy metal chugging. There were other albums to which you’d turn because they had something important to say. Many of them, at the time, were by Radiohead. But Lateralus was different. It had nothing to say—and damn if it didn’t look and sound perfect doing it. When I watched Keenan thrash around at Coachella in front of a zillion polite, comely goths who were going apeshit, I suddenly remembered Jim Morrison’s great line about his own sexy, pretentious music: The men don’t know, but the little girls understand. Tool were the Troggs, T-Rex, Black Sabbath, and The Division Bell, all rolled into one. And then, to quote Searching for Bobby Fischer, Tool made the most original, unexpected move of all.

They disappeared. You couldn’t even stream them.

Until now. Their new album, Fear Inoculum, finally dropped. The world of rock criticism has changed in the meantime. Today’s cheerful critics, who’ve never heard a genre exercise they didn’t like, think it’s fantastic. For a while, on the aggregator Metacritic, Tool’s album had a score of 100. That’s right: Fear Inoculum, by the numbers, was outscoring The Godfather.

“This is the most intricate and densely-layered album Tool have yet made, but to use the word like ‘complex’ to describe the counting-in-prime-numbers time signatures of Invincible or digital-only track Legion Inoculant would be lazy in the extreme…” says Kerrang! magazine, hinting at levels of complexity that will blow your mind, and cannot be put into mere words.

NME had this to say: “If you’re wondering whether Fear Inoculum was worth the wait, then the answer is yes. If you’re wondering whether it’ll touch your heart, soul and spirit, the answer is also so.” Like you, I don’t know what “the answer is also so” actually means, but I guess the emerging theme here is that language simply breaks down at the borders of this luminous masterpiece, turning every article about it into a confetti of awestruck nouns and haphazard prepositions. Spin praised Tool for “[continuing] to blur the lines between art, psychedelia, alt-metal, and prog rock with undiminished curiosity and skill.” So there it is: a little gift to those of you who like to insist, at your rooftop gatherings in Brooklyn, that prog rock doesn’t qualify as art. Apparently, Spin agrees.

Enough hyperbole. I’m not going to confuse you by including blurred genres, time signatures, or Hallmark card endings in my evaluation of Tool. I’m just going to say whether or not you should spend the next 80+ minutes of your life on Fear Inoculum...No. Definitely not. Run! Run while you still can!

Tool has hit upon one particular arpeggio that they seem to really like, perhaps because it makes a normal electric guitar sound like a zither-of-last-resort. (You know, something left over from The Great Depression, when American musicians had to make their instruments out of anything corrugated they could find.) They use this sound over, and over, and over again, turning songs with potential into a forgettable set of textures without menace, glamor, or credible psychosis. Instead of roaring, Tool just sounds jumpy. They’re giving us rigid, grating post-punk. Where is the reckless confidence that made Lateralus sublime? Where’s the will to outgun Metallica? Every track is dead on arrival, sanded down to an inoffensive growl. Fear Inoculum is the work of aging metalheads who are starting to play like... professionals, with no feel for danger or mystery.

Keenan has always been this band’s nucleus and instigator, but the same bland rot has crept into his vocals and lyrics. In the song “7empest,” which I think is a biting take-down of somebody’s WiFi password, he sings: “Acting all surprised when you’re caught in the lie/We know better.” He’s being smug. Sadly, there’s not a deranged note anywhere. The production is too good, and he’s been working these angles too long: instead of giving us Jesus at a black mass, Keenan now sounds like a guy about to let slip the dogs of Twitter.

Of course, you deserve an even-handed review, so I’ll mention that the album’s one drum solo is delightful. For a moment your head swims. All Tool’s old demons come back, suave as ever, when Danny Carey unleashes his Molotov cocktail of snares. But it ends quickly, and then the only time signatures that matter are the deadlines Tool’s reviewers had to meet. “Sounds like a Tool album,” they decided, phoning in their 4-star raves. “Must be great.” Which is true: it does sound like a Tool album. But there’s nothing worse than a band that’s become a convincing re-enactment of itself.