This time my brother sent me almost exclusively good shit. 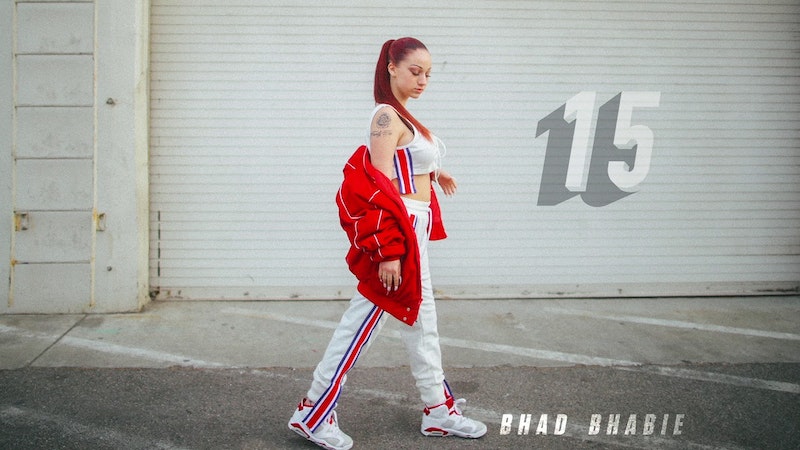 My brother called me a “motherfucker” last week. This is unusual: Booker rarely swears, preferring minced oaths like “bich” and “golly gee willickers!” I only made one of those up. He was upset because in my last article I wrote that I wish he’d sent me more rap songs. All of the rock/shoegaze stuff he sent was terrible, anonymous airport commercial music. For the last couple of decades, hip-hop has been the only genre in popular culture to consistently innovate, change, and deliver the unexpected. The same can’t be said of any other major form: electronic music and the arms-crossed nose-up avant-garde are still reliably exciting, but they’re not reaching millions of people. Chief Keef is, Playboi Carti is, Bhad Bhabbie is. Booker not only added more notes to each of the songs he sent me this time, he also had this to say off the top: “The songs I’ve chosen either have the lyrical depth that you require or are too important to ignore,” whatever that means. I think he’s still mad at me.

“Love Sosa”—Chief Keef (“not hyperbole: this is the most influential song of the century. sosa informed the sound of contemporary rap more than anyone. he emerged as a street phenomenon, making dark, nihilistic music, and in 2012 released a pop masterpiece in Finally Rich. he subsequently retired to his craft, eschewing his pop instincts, and has become the underground legend. drake listened to this song 130 times over 3 days when it came out. nothing sounded like it.”)

Listen to him. He’s assuming I’ve never heard of Chief Keef. I remember where I was the first time I heard “I Don’t Like,” the moment I first heard trap hi-hats. You’d have to live in a fucking cave to miss Chief Keef’s entrance seven years ago. Anyway, I’m pretty sure I’ve never heard this song before. It’s not as good as “I Don’t Like,” it doesn’t sound particularly innovative beyond the hi-hats (already familiar by late 2012), and the hook doesn’t touch “that’s the shit I don’t like.” Maybe Booker’s right and this one is passing by me because it was so influential. Well, I don’t like.

Damn, this sounds like Panic at the Disco. Okay, I’m in. Swirling piano loop recalls Coldplay’s “Clocks,” but swirled appropriately. Auto-tuned vocal melody sounds like a pop-punk hook, pretty close to Fall Out Boy or blink-182. Wow, now there are xylophones in the mix. I’m reminded of Dan Deacon, classical arrangements sliced into slurry spinning around a really catchy vocal melody. He’s right, this is undeniable—but it’s still too short.

“Don’t Get Chipped”—Vince Staples (“vince staples is a rap satirist. the lyrics are hilarious in this one. very clever. He shares themes with kurt.”)

Way to reel me in using the mononymous “kurt” (sic). I already know who Vince Staples is and I like him. He’s funny. The album cover references Dookie—cool. Pitch bent synths begin before Staples comes in firing double- barreled, rapping 100 words a minute using different voices, different characters. This is a great song: it has at least half a dozen hooks, building dynamics from verse to verse and chorus to chorus. Whatever he’s satirizing, he’s paying equal respects. All good satire also functions as an exemplar of the thing it’s ostensibly making fun of. Another two and a half minutes of pure brio and craft, a superb song that works on its own, needing no context for whatever Staples is referencing or flipping on its head.

NBA Youngboy is not 2pac. This is where I hear Chief Keef’s influence the most among this batch, and I like it just about as much as “Love Sosa,” but the production sucks. It’s plastic pre-set piano licks with no personality, save for one Wurlitzer-esque melody buried deep in the mix beneath YoungBoy’s non-stop vocals. Maybe Vince Staples was parodying “Outside Today” or something like it with the above song, because this is more or less the same structure, pace, and attitude with none of the originality or excitement of the Staples track. Mercifully brief again, but it’s not as boring as the Chief Keef track. In what universe is this guy 2pac?

The one epic Booker sent me. Six and a half minutes of invective and adolescent mission statement. “Bhad Bhabie Story (Outro)” is stunning, a quintessentially late-2010s piece of work that bends restrictions of genre, breaks the fourth wall, interpolates real life events (mostly famously her appearance on Dr. Phil’s daytime show), with a freeform structure recalling the wild games of Joyce and Miller a century later. Bhad Bhabie isn’t charismatic, but she is sympathetic, and as an artist, I’m blown away by the way this song incorporates memes and her public persona into a song that functions as a song and as a commentary on itself.

This is closer to radio drama than pop songwriting, but who cares? Are any of the people splitting hairs over “Like a Rolling Stone” being too long for a single still around? Does anyone remember them? This doesn’t just bend genre; it destroys it. “Bhad Bhabie Story (Outro),” like all great art, operates on its own rules and shows a new way forward, heretofore unexplored in the pop world at such length. This is Dylanesque.