What’s the difference between Johnny Cash’s early recordings and his so-called “resurrection” as the artist behind the American Recordings? 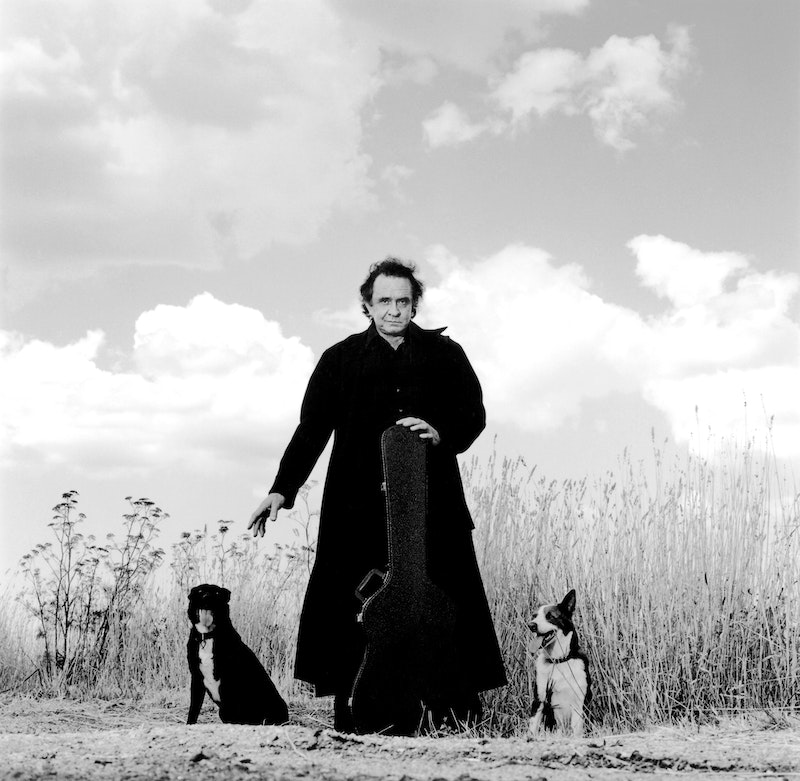 The American Recordings are a series of pop covers and reimagined spirituals that Cash produced at the end of his life. They were, at many points, a showcase for Cash’s diverse and excellent taste: “Oh, look,” his listeners would exclaim, “he likes Depeche Mode! Bonnie Prince Billy! And The Downward Spiral by Nine Inch Nails!” This was reassuring to new fans who thought Cash was a bit creaky.

It’s one of the blessings of art that we don’t really know what Cash thought about the songs he was doing; it’s quite possible that he hated The Downward Spiral, but realized he could do something both poignant and highly commercial with “Hurt.” Similarly, the empathy that Cash seems to have with the incarcerated murderer in his old classic “Folsom Prison Blues” is a sham; Cash had never spent serious time in jail, before writing the song, and gave his indelible live performance of it (at Folsom Prison) long after it first charted. It can be difficult to know what to make of the feeling of authenticity that radiates from “Folsom Prison Blues,” which tells a story Cash had not lived through, or “Hurt,” which he didn’t even write. Whenever, in this great land, a new writer is told to “write what you know,” they are violating the principles on which Cash built his country empire.

To quiet such doubts about the sincerity of his work, one has only to look at the life Johnny Cash ultimately lived. His life was a mess. He was constantly derailed by drug abuse, and over time, he wrecked his career at numerous junctions (always coming back when hope seeemd lost) as well as making a hash of his early personal life. In the course of his career, he hurt many people—none more, perhaps, than himself—and he fought constantly with “the black dog,” which was his pet name for his addictive and self-destructive tendencies. Yet he was also a marvelous collaborator and a focal point for the country and (increasingly countrified) rock movements in the U.S. His partnerships with Bob Dylan, the Highwaymen, Willie Nelson, and others have produced landmark songs—up to and including his collaborations with Rick Rubin, the latter-day producer whose minimalism informs every minute of the American Recordings. And at the core of that generous success was Cash’s ability to be compassionate, and to project himself into the lives and artistry of others.

I would count, among Cash’s successful collaborations, the shadow he casts over Kris Kristofferson’s first album. Kristofferson begins with “To Beat The Devil,” a song about alcoholism and despair. Kristofferson’s spoken intro goes like this:

A couple of years back I come across a great and wasted friend of mine in the hallway of a recording studio. And while he was reciting some poetry to me that he had written, I saw that he was about a step away from dying, and I couldn't help but wonder why. And the lines of this song occurred to me. I'm happy to say he's no longer wasted, and he's got him a good woman. And I'd like to dedicate this to John and June, who helped showed me how to beat the devil.

This is the familiar, triumphal story that many people know from the movie Walk the Line, where Joaquin Phoenix and Reese Witherspoon find each other and live happily ever after. But when you trace the through-line from “Folsom Prison Blues,” through the events of that film, to Cash’s underrated cover of Sting’s song “I Hung My Head,” what emerges is a melancholy portrait of a man who was doing evil for no clear reason, for the entire span of his youth, simply to understand what would happen if he played long enough with fire. In other words, Cash’s music is the embodiment of Kierkegaard’s wise remark that life is lived forwards, but understood backwards.

“I drew a bead on him/to practice my aim,” writes Sting, about a man who accidentally shoots another and pays all the awful prices for doing it. Again, just as in “Folsom Prison Blues,” Cash is singing about killing somebody just to watch them die. There’s an optimist in me that wants to write something about the moral power of art to grant us wisdom beyond our years, as if by listening to the howl of unfreedom in Cash’s songs, we can step around our own inclination to do wrong. But that violates the spirit of the man. The scary edge of “Folsom Prison Blues” comes from the voice of a young man who’s going to hurt himself, and hurt the ones he loves, in ways he can’t possibly predict or prevent. The compassion in “I Hung My Head” is beamed across to us from the other side, by a man nearly dead who knows that other people will make mistakes like he did, and who loves their reckless young hearts regardless. To live, with all of life ahead of you, is to step on the lives of many other people. To regret those missteps, and to recognize the same black dog gnawing at all of us, is to enter into the compact of love. That is what we mean, I think, when we say someone is no longer wasted.