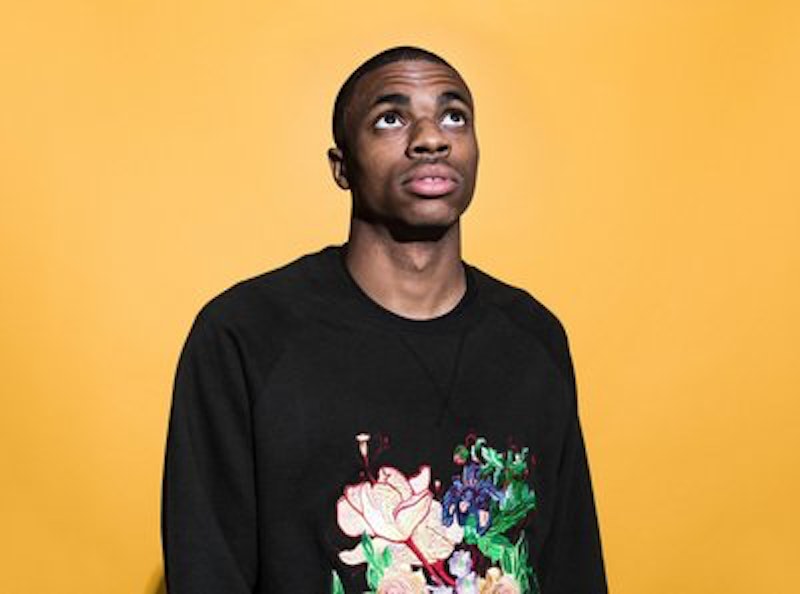 “Kitchen Witch” is among the more deliciously delirious entries in Ariel “Pink” Rosenberg’s catalogue, a concaving “Your Feature Presentation” interstitial crossbred with a half-forgotten raid of the local roller-skating rink as the lights and walls appear to melt around you. Sure, there are lyrics at work here—some bullshit about laziness, lazy codependence, masculinity, ghosts, whatever—but the magic of “Witch” is purely sonic: how those disintegrating keyboards overtake those neon-saturated vocals, how every chorus becomes a dizzy, blinding void, how easy it is to lose 20-40 minutes of your life with this jam on repeat.

Bandleader Eva Hendricks launches into "DQ" with the most arresting lyric of 2017: "I laughed when your dog died." This isn't some self-lacerating confessional or fuck-off-and-die anthem, either. To Hendricks, it's just a casual aside, a funny observation delivered in her trademark cartoonish yelp. And if the rest of "DQ" tells you one thing, it's this: she's still laughing!

Charly Bliss differentiates itself from myriad other 1990s-indebted pop-punk bands that have crowded the scene over the last five years with this unflinching honesty. Songwriters have opened up their diaries for years, only to conflate honesty with emotional heaviness. Any musician will wax poetic about heartbreak, but how many will admit to peeing themselves on the trampoline?

Billy Corgan, “Aeronaut” (Reprise) I woke up one morning in the middle of August and saw the news that Billy Corgan had a new record coming out, and the first single had been released. I went on YouTube and found the song, paired with the album cover, a moving photo of his young son and partner.

The authoritative, Lennon-esque piano chords of “Aeronaut” recall the sound palette of Corgan’s magnum opus Mellon Collie and the Infinite Sadness; I fell in love with the vocal melody immediately, and aside from the requisite use of “lovers” in the chorus—a crutch for Corgan in recent years—“Aeronaut” is a beautiful and eminently catchy song about finding calm in old age and some peace. It’s a small song that means a lot, threaded by uncharacteristic humility and honesty. No more conceit, or vain attempts at pop success: it’s just a song, and one with a worthy subject—his son and his family.

As someone who became obsessed with The Smashing Pumpkins when they were at their worst (2010), “Aeronaut” and Ogilala are the first time I’ve seen Corgan stand up and prove himself again. The fact that he did it with an acoustic record is even more endearing than some dark rock epic.

Frank Ocean dominated 2017 despite releasing only four solo tracks and a handful of guest features, a testament to both his craftsmanship and composure. No one is better than Ocean right now; he's Pedro Martinez in the Steroid Era, embarrassing his hyper-prolific contemporaries with seemingly little effort. A case can be made for any of his '17 loosies, but I've found myself returning to "Lens" most frequently, a memoiristic track whose sonic experiments elevate its lyrics. Ocean's voice cracks with robotic auto tune—sounding more like 2007 than 2017—as he sings about an old love, his nostalgia a melancholic Technicolor, its artificial beauty comforting but ultimately unattainable.

Girlpool, “Powerplant” (Anti-) On an album full of dense, more obviously harmonically and instrumentally complicated songs than those on their self-titled debut EP and 2015 LP Before the World Was Big, “Powerplant” is the song that’s snuck up on and stuck with me, long after instant classics like “123” and “It Gets More Blue” wore themselves out. The lyrics are much more abstract than the straightforward nostalgia and friendship confessionals of their last record, but here a melody speaks more than its words: “Working on the powerplant/Jonathan’s a ladder watching all the billboards changing tune.”

Harmony Tividad and Cleo Tucker’s voices blend in glorious harmony, so close in timbre they sound like one voice double- or triple-tracked, drifting in and out of an extended melody that never seems to get old. Girlpool’s songs are sturdy and well built, and they’ve passed the cliched, requisite test of “OK, third record—what do we change?” You could limit these two to a kazoo and a tambourine, and I’m sure they would still make amazing music.

Guerilla Toss, “Betty Dreams of Green Men” (DFA) Great rock songs bestride the earth like a colossus, and no band came close to Guerilla Toss this year in packing as much power and as many hooks as they did into “Betty Dreams of Green Men,” the opening track from new album GT Ultra. Kaleidoscopic instrumentation—slap bass, frenzied guitar, wet synthesizers, gonzo drumming, splattered colors of effects and overdubs—is reigned in and refined into a total rock hit.

“Betty Dreams of Green Men” is my favorite song of the year because I listened to it six times in a row the first day I heard it, and many dozens more times since. I can hear thousands chanting “Do not call me/Do not say my name/Waiting for the alien, OK?” in unison with Kassie Carlson as the band drops out and gradually comes back in. Maybe next year.

I've been convinced that "XO Tour Llif3" is the best song of the century since its quiet release last February. Uzi is frustrating: despite his large body of work—most of which I love—I can't help but feel like he's wasting his talent, tossing off mixtapes without much care, phoning it in on certain tracks, and forgetting to replace filler lyrics. But then there's "XO Tour Llif3," a song that was certainly rushed and sounds that much better for it. "I don't really care if you cry," Uzi sings in the chorus, a sneering taunt that would sound cruel if not for the immediacy of his delivery, the pathos in his voice. Vulture's Frank Guan was spot on when comparing "XO Tour Llif3" to Nirvana's generational anthem "Smells Like Teen Spirit" back in May. People identify with this song—a hybrid of rap and pop punk, a bipolar juxtaposition of braggadocio and self-hatred—and like "Teen Spirit," it'll one day represent an era.

It’s official, now: Moses Archuleta is Deerhunter’s foremost avant guardian. As Moon Diagrams, drone and trance are his metiers. Both are in fine, motorik evidence on 12-minute marvel “Blue Ring,” where pneumatic snares, chill-out tent keyboards, and hissing drizzle effects aren’t afraid to live all over one another. (Bongos are also involved throughout; freon-cold pianos are introduced fairly late in the game, interjecting a counter-melody that cries out for actual, honest-to-Hoyle flute action.)

What impresses here is the level of compositional care and patience, a grand, gradual act of musical becoming, or maybe depending on one’s perspective, devolution.

This year, nothing was more refreshing than hearing Vince Staples hijack 17-year-old YBN Nahmir's viral hit "Rubbin’ Off the Paint." The original is fine, though the airy beat overshadows Nahmir's paint-by-numbers braggadocio. Nahmir—who blew up on the strength of his Grand Theft Auto skills—samples Spongebob Squarepants and references Rick and Morty. Of course the song exploded. Staples' version, though, is the complete opposite, a brutal, hyper-specific street narrative that encourages close analysis. It's a tale of revenge that compels empathy, that'll leave you more to think about than the average New Yorker story, all in two minutes.