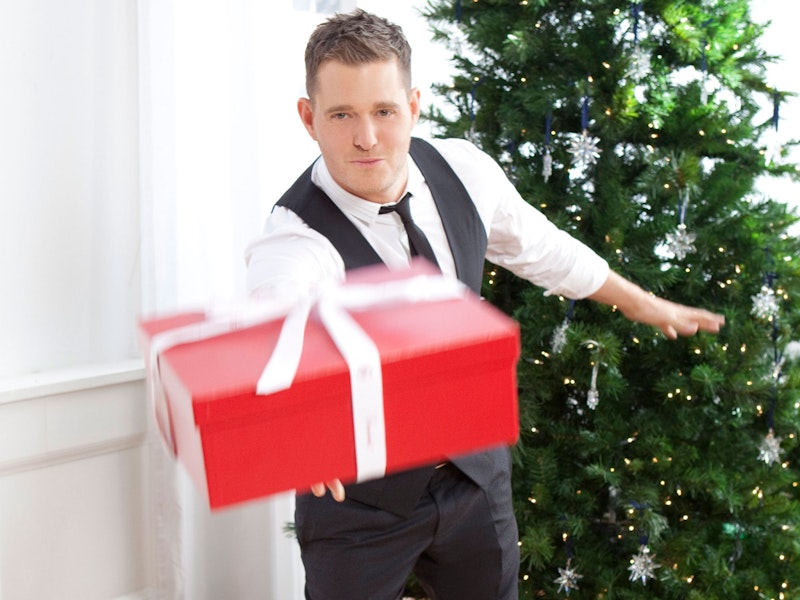 Last week I shared my Top 10 favorite Christmas songs, so now it’s time to switch things up. These are the Christmas songs that make me want to throw every radio I can find into the dumpster.

10). “Last Christmas” by Taylor Swift. The original by Wham was catchy, but T. Swift’s flat and annoying voice sucks all the ironic cheesy fun out the original and makes it one of the sappiest pieces of crap ever to hit Christmas music radio stations. I say “one of the sappiest” because there are a lot worse.

9). “Baby It’s Cold Outside.” I know, the PC Police has to make everything about rape culture, right? Even anti-SJWs have to admit the lyrics are pretty creepy. Hell, it gets into Bill Cosby territory when the girl asks, “Say, what’s in this drink?”

8). “The Coventry Carol.” Normally I like the old Christmas hymns, but with its constantly “Lullay lullay” refrain, I automatically start wanted to singing, “A-Louie Louie, oh no, me gotta go.” Plus, a song about King Herod killing a bunch of babies really brings the holiday spirit down.

To be fair, some artists have done great versions of this Christmas classic, like Sufjan Stevens, Johnny Cash, and David Bowie and Bing Crosby. However, most versions of this song can’t cover up the annoying “Ba-rump-a-bum-bum” refrain, the fact that drumming close to a baby’s ear probably isn’t smart, and the gaping plot hole of how the hell ox and lamb can keep time. Do they tap their hooves like when a horse does a math problem or what?

6). “White Christmas” by Gwen Stefani. The former lead singer of No Doubt is the latest washed-up celebrity hoping to make a comeback by doing a Christmas album. The result is an overproduced piece of garbage.

5). Anything by Michael Bublé. Face it, Michael, it’s the 21st century and Big Band music is dead. Stop it.

4). “While You Were Sleeping” by Casting Crowns. Maybe it’s because I’m a bleeding heart secular leftist, but I don’t think Christmas music is a good time to push right-wing rants about “philosophies that save the trees and kill the children.”

3). “Pax Um Biscum (Peace be with You)” by Ringo Starr. John has “Happy Xmas (War is Over).” Paul has “Wonderful Christmastime.” Ringo has a failed attempt at an Eastern psychedelic Christmas song.

2). “Grandma Got Run Over by a Reindeer” by Elmo and Patsy. I thought this song was funny when I was a kid, but by the time I hit puberty I realized how crappy it is. Too bad the writers of this stinker didn’t get run over by a reindeer.

1). “The Christmas Shoes” by NewSong. Holy shit, where to begin with this one? First, there’s the sappy melody. Then the overly dramatic vocals. Then the song’s premise: a kid whose mom is dying of cancer wants to buy a pair of shoes because he wants her to look good “if mama meets Jesus tonight.” Every time I hear this song, I want to scream, “She’s going in the ground, kid. And even if Jesus was real, do you really think he’s worried about mama’s footwear?”