Everybody wins! (Except Iggy Azalea. I don’t like her…) 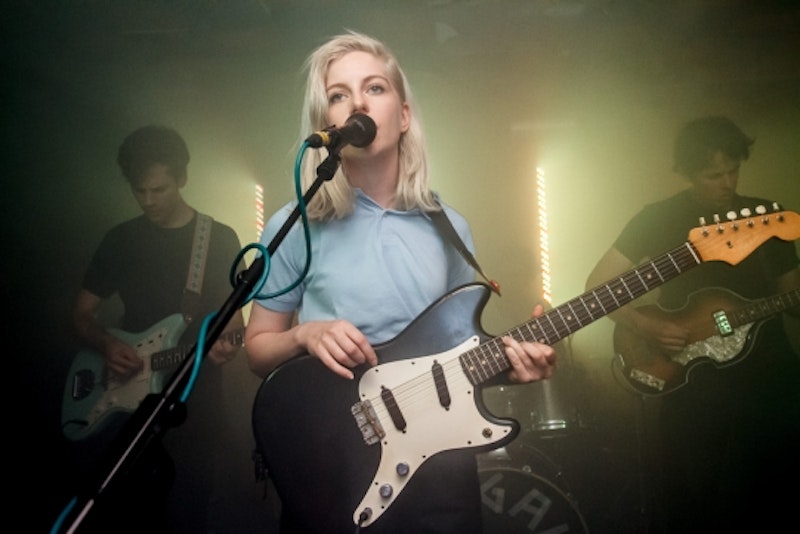 And Splice Today gets it wrong! I forgive neglecting the obvious choices—the FKA Twigs and the Run the Jewels and the Swans—that’s the anti-establishment, anti-music critic machine. I feel that. LP1 is a good record, but is it that good? Or did Pitchfork just press too hard during its album cycle and figured, “Well, I guess it’s the second best record of the year?” To Be Kind is a piece of art, to be sure (right), but would I ever listen to it twice? Is Michael Gira possibly the grumpiest man alive? So kudos, Splice, Hosannas for all!

Real quick: Are people calling Ariel Pink a troll because he resembles one? Or is it just because he’s being confrontational? Or is it because of quotes like “It’s not illegal to do anything”? Because that’s more along the lines of misinformation than trolling.

But I did like his record, so we agree on one thing.

I initially planned to burn bridges with this article, demand that Ray Cummings publicly apologize for the omission of Alvvays’ self titled debut, denounce my brother Nicky Smith for failing to recognize the brilliance of Ought’s More Than Any Other Day, but then I realized that my article sounded like a long Stereogum comment, so I nixed it.

I’ve instead decided to embrace my ninth grade art teacher’s philosophy and champion the idea that art cannot be graded, that consuming it is a subjective experience (then again, that hag gave me B…). So here, in alphabetical order, are my favorite musicians of 2014:

Alvvays: You say derivative, I say timeless. Everyone focuses on the second single, “Archie, Marry Me,” but the rest of their debut self-titled LP is filled with equally catchy, nostalgia-tinged surf pop. The cut “Dives” could be a Millennial anthem, detailing the disappointment and regret that graduating from college yields: “I’ve been waiting on our lives together/I’ve been patient for a long time/We’ve been hanging out in dives forever/We never get it on the first try.”

Charli XCX: The only thing I don’t like about Charli XCX is the Iggy Azalea association. Sucker gets 000 thumbs up emojis.

Deers: Deerhoof, Deerhunter, Deer Tick, Black Deer, Raindeer. Probably a million others. Indie rockers love deer, for whatever reason. This Madrid quartet quietly released two of the year’s best tracks (“Between Cans” and “Castigadas en el Granero”) and is currently recording their debut album. Who knows what they’re saying (I treated Spanish class more as a social experience than an academic one), but they’re garage pop is appealing in any language.

Eagulls: Everyone loves The Hotelier and White Lung, but Eagulls get ignored. Apparently punk vocals and My Bloody Valentine-esque guitars don’t appeal to everyone; my mom said they were “a bit too screamy.”

Joyce Manor: Someone called them the Drake of pop-punk, and there’s no one I like more than Drake. Lead singer Barry Johnson uses small, specific details to make his 90-second songs more vivid than most full-length albums. Lines like “Car smells like hot gatorade” and “‘Never Better,’ read the letters on your hand/It’s my house, my rules, my heated swimming pool” reawaken the suburban angst that you hadn’t felt since your senior year of high school. Let’s call it Updike-lite-(lite-lite-lite).

Speedy Ortiz: Real Hair is only four tracks, but it shows how much the band has grown in just one year. Everyone compares them to Pavement, but, sonically at least, I think they operate more in Archers of Loaf territory. Maybe a 2015 sophomore LP can produce a track as good as “Web in Front.”

Vince Staples: Hell Can Wait is the closest thing to a modern Illmatic that I’ve encountered. With this EP, Staples separated himself from his friends at Odd Future and showed that he’s more than Earl Sweatshirt’s accessory.

Ought: “The Weather Song.”