Music about people on the brink. 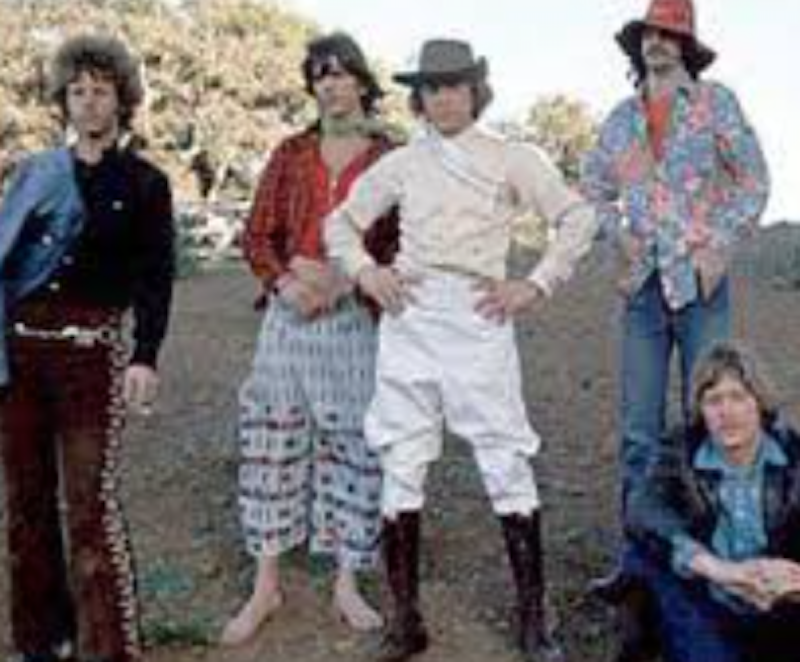 —"Hot Burrito #1," written by Gram Parsons & Chris Etheridge, performed by The Flying Burrito Brothers (1969). According to Chris Hillman, a fellow member of The Flying Burrito Brothers, Gram Parsons wrote this plaintive song about the breakup with his girlfriend Nancy, with whom he had a daughter. Parsons is at the height of his formidable songwriting and singing skills on the Burritos’ influential 1969 album The Gilded Palace of Sin. Set to a lovely melody, the lyrics are simple and direct: "I'm your toy, I'm your old boy/But I don't want no one but you to love me." The thought of her with another man is tearing him up, and you can hear it in his voice. The narrator starts out with some bravado—"Cause I'm the one who showed you how/To do the things you're doing now"—but by the end of the song you know that he'd crawl back to her if she would have him.

—"Ne Me Quitte Pas," written and performed by Jacques Brel (1959). Brel—a master interpreter of death, love, and desperation who influenced everyone from David Bowie to Leonard Cohen—wrote this obsessional tour de force after his mistress dumped him. "Ne me quitte pas" means "don't leave me" in French. It's difficult to find a song that can match the intensity of emotion that the Belgian cabaret star conveys with this one. Listening to the desperate pleading can make you feel that you're intruding too far into a man's personal life: "Let me become the shadow of your shadow/The shadow of your hand, the shadow of your dog." Watching the remarkable video of Brel singing this song will help you understand how the singer-songwriter was able to mesmerize audiences in the 1950s and 60s. Most singers rely on their words to communicate emotion, but every single emotion Brel summons is written all over his (often sweaty) face.

—"I Want You," written by Elvis Costello; performed by Elvis Costello and the Attractions (1986). The English singer-songwriter delivers his most emotional vocal performance with this dark song about an unfaithful lover. Costello repeats "I want you" as he details the gamut of devastating emotions associated with being cheated on—fear, disgust, jealousy, hatred, depression, helplessness, sadness, and anger. In between all the "I want yous" (about 30 of them), Costello sandwiches in lines like, “I want to hear the things you did that we do too,” and, “Did you call his name out as he held you down?" The narrator's hating her just as much as wanting her, but doesn't want to be overt about it with word choice. Repeating "I hate you" 30 times wouldn't work, so he suggests it instead. It's not a comfortable listen, but the power of the song's undeniable.

—"Run For Your Life," written by Lennon-McCartney, performed by The Beatles (1965). This song, off of the Rubber Soul album, was mainly written by John Lennon. Paul McCartney was too gentle for the violent fantasies it expresses. The song's a menacing threat motivated by possessive jealousy: "I'd rather see you dead, little girl, than to be with another man." Also, "Catch you with another man, that's the end, little girl." Lennon, who'd later consider himself a feminist, eventually disavowed the song, saying that he regretted writing it. It didn't cause much of a stir back then, but in the post-#MeToo era, it sure would.

—"The More You Ignore Me The Closer I Get," written by Morrissey and Boz Boorer; performed by Morrissey (1994). The song's title captures the essence of the stalker mentality. Its tunefulness—built on a catchy, repeating guitar lick supplied by Boz Boorer—emphasizes, via contrast, the creepiness of the foreboding lyrics. It's similar to what Quentin Tarantino did in setting the brutal ear-severing scene in Reservoir Dogs to the bouncy pop song, "Stuck In The Middle With You." "I bear more grudges than lonely high court judges," sings Morrissey, perhaps referencing the large payout a court had forced him to pay to his former fellow band member in The Smiths, Mike Joyce. "When you sleep/I will creep/Into your thoughts/Like a bad debt/That you can't pay." Morrissey's probably just laying it on thick for dramatic effect, as is his wont, but he sounds like a psycho.

—"Every Breath You Take," written by Sting; performed by The Police (1983). This is one of the most played songs in radio history, but it's strange that people play it at their weddings. "I'll be watchin' you/Every breath you take, every move you make/Every bond you break/Every single day, every word you say/Every game you play." Who wants to celebrate such a twisted relationship on the day they're married? This reminds me of the popularity of Whitney Houston's breakup song "I will Always Love You," at Japanese weddings, but at least the Japanese have the excuse of the language barrier.

—"I Will Possess Your Heart," written by Christopher Walla & Benjamin Gibbard; performed by Death Cab For Cutie (2008). The menacing instrumental intro takes up over half of the song's 8:25 length, but after 30 seconds it stops adding much. The band wants to make sure you get the message—the story of a guy peeping in the object of his obsession's window while entertaining delusions that they'll end up in a union in which she surrenders her essence to him. "You've got to spend some time, love/You've got to spend some time with me/And I know that you'll find love/I will possess your heart." That's some Buffalo-Bill-level creepy rumination.

—"That's How I Got To Memphis," written and performed by Tom T. Hall (1969). Hall was such a brilliant songwriter that his work requires little adornment. He keeps the lovely arrangement on this one simple; it's dominated by a forlorn, repeating guitar lick, with a bit of melodic piano sprinkled in. The song conveys obsession, but unlike many songs in this category, obsession that hasn't crossed the line into creepiness. The narrator's in love with a woman he's followed to Memphis because he needs to find out what kind of trouble she's in. "If you love somebody enough/You'll follow wherever they go." He's not stalking her; he wants to help her, and he won't get any peace until he's found her: "I haven't eaten a bite/Or slept for three days and nights."

—"Baby, Now That I've Found You," written by Tony Macaulay and John MacLeod; performed by Alison Krauss (1995). What do you call it when you admit, even though someone doesn't need you anymore, you're still determined to build your life around them? That's called obsession. Krauss, with her ethereal soprano, can almost make one forget about the misery that the narrator's bringing upon herself with her delusion: "Now you tell me that you wanna leave me/But darling, I just can't let you." This bluegrass version of the song, originally performed by The Foundations in 1967, earned Krauss the Grammy Award for Best Female Country Vocal Performance. Instead of detailing the horrors of romantic obsession, it suggests the pain it will cause somewhere down the road.

—"Lily (My One and Only)," written by Billy Corgan; performed by Smashing Pumpkins (1995). In the tradition of “Every Breath You Take," what at first strikes many as a charming ballad turns out to be a freaky stalker professing love for someone who perhaps isn't even aware of his existence. “Through the window shade, I watch her shadow move.” He's rewarded with that view after climbing a tree. The peeping Tom is, of course, delusional: "Love is in my heart and in your eyes." There's no real menace in this particular stalker song, however, as the band keeps the arrangement unthreatening, with a suggestion of humor, and Billy Corgan's vocals follow suit. This is "the lighter side of obsession" entry on this list. The peeper remains delusional even after the police arrive to arrest him: "Cause as they’re draggin’ me away/ I swear I saw her raise her hand and wave/ Goodbye.”

—BONUS TRACK—"Possession," written and performed by Sarah McLachlan (1993). The bizarre backstory behind this song merits an 11th entry. An obsessed fan who thought he was in a relationship with the Canadian singer-songwriter sent her creepy love letters over the years, and she dealt with her discomfort by writing "Possession." The fan then sued her to get a songwriting credit, claiming she'd taken his words, but it was most likely a ruse to get close to her. The deluded fan then died by suicide in 1994.