On the pleasures of the all female jazz ensemble. 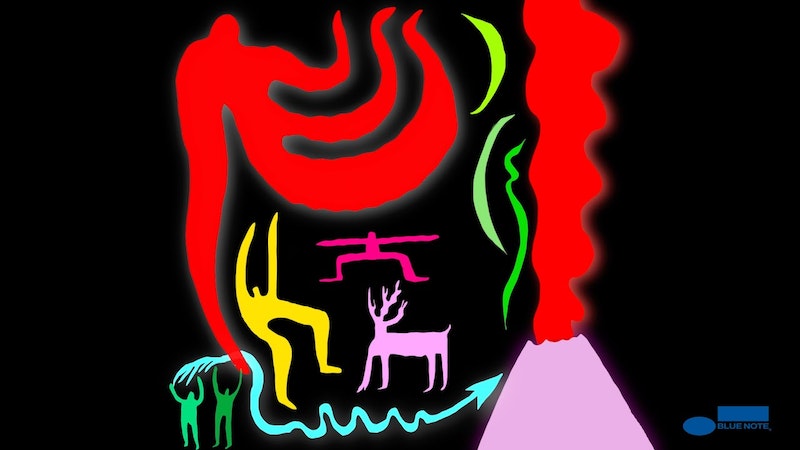 I first heard the jazz group Artemis on an indie radio station out of Grand Junction, Colorado, where the DJ seemed not to know that the name was the Greek god, pronouncing it“Art-amiss.” Still, he knew good music. Before he’d even given the credits or any info, I was captured by melody, played by three horns: a clarinet, a sax and a trumpet, with a mellow Latin-jazz groove going on in the background. The music stayed with me all day, and fortunately the name of the group was easily memorable, so when I got back to my small home in the desert, I could do some research.

Artemis is an all-woman jazz ensemble, featuring musicians from around the world, and the brainchild of Renee Rosnes, the pianist, main composer and “musical director” (according to the Blue Note Records website). I’m not a jazz nerd, and hadn’t heard of them before, though they’ve been around, and making waves with some high-profile gigs, like the Newport Jazz Festival, since 2017, and all the musicians are seasoned pros.

Artemis’ self-titled album, their first, is mostly of the “cool jazz” type: mellow versus hard-driving, Miles Davis versus Charlie Parker, though there can be some moments of frantic chaos, like in the arrangement of “The Fool On The Hill” by The Beatles. The album does have three tracks with vocalist Cécile McLorin Salvant, a chanteuse, and my favorite of hers is “Cry, Buttercup, Cry” because it’s like old-timey jazz, where the drums almost sounds like rain, and the horns have that “wah waaaah” that just sounds sad, and a little like a noir detective soundtrack. But I’m more of a fan of the instrumentals, which is true for me and jazz in general.

Though Artemis feels like a group, with no one person dominating, my favorite musician is the drummer, Allison Miller. She keeps every song pulsing along, even the mellow ones, with fills at points that make me lose where “1” is, which I like: that rhythmic tension, and then when her hands stop flying around the kit (like in the drum solo on the fourth track, “Big Top,” and return to a “normal” beat, there’s a sense of resolution. At least for a while, until her next fit of drum madness. One pleasure I found was videos on YouTube of Artemis playing at Le Poisson Rouge in New York City, last January, 2020. Miller is off to the side, facing the band so, when the camera moves to her, one can see all four limbs at work, like half an octopus.

That said, all three horns are wonderful, ensemble and soloing. Rosnes covers the background chords, without getting in the way, though she too spins Bach-like solos, even as she’s holding down the low end, and if I have one minor complaint (as a bass player) it’s that the piano always doubles the upright bass of Noriko Ueda in the most interesting basslines, so that Ueda mostly is kept far in the background, though she does get a couple bass solos on the album.

What makes Artemis unique? I don’t know. I’ve heard basketball aficionados claim that women’s basketball is different from men’s, more elegant somehow, and writer Ursula K. Le Guin claimed, in her short story “Sur” that an all-woman group of explorers would’ve approached going to the South Pole with a different attitude and style, but Artemis is just a good jazz band. The fact that they’re not dominated by any one musician is nice (especially not a jazz guitarist: I hate those guys) and maybe a jazz “group” is more of a throwback to the jazz fusion groups of the 1970s (of which I’m a fan). But this is jazz, not fusion (though I’m not sure one could dance to the instrumentals—the vocal tracks, yes). The hour and a half of jazz radio I listened to that afternoon in my car, driving into town and doing errands, that one song, which turns out was, appropriately, “Goddess of the Hunt,” the first track on the album, was the only one that left me thinking, what was that?