The Greatest Guitar Album Ever 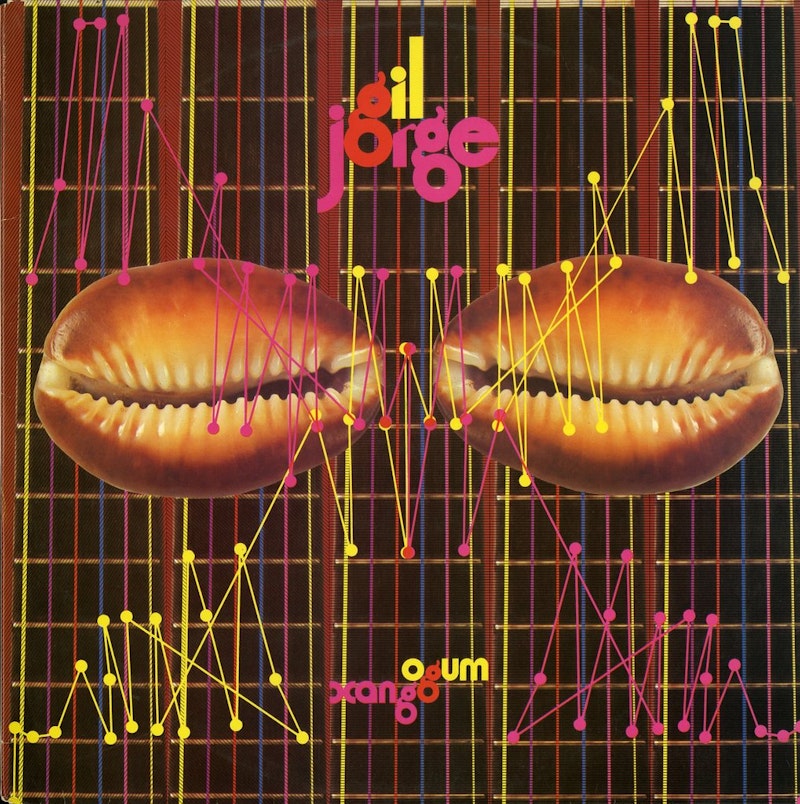 Back in 1975, Eric Clapton and Cat Stevens took a break from touring to hang out at the Rio de Janeiro home of Philips record executive André Midani. Midani organized a party to celebrate his famous visitors, and everybody who was anybody in Brazilian music turned out. That included singer/songwriters Gilberto Gil and Jorge Ben, who pulled out guitars and tried to get Clapton to jam with them. He did for a bit, but soon dropped out. He couldn’t keep up.

Listening to Gil e Jorge Ogum Xango (generally referred to as Gil e Jorge) it’s not hard to figure out why Clapton felt outclassed. Inspired by their evening-long, Clapton-incinerating party, Gil and Ben recorded a 70-minute album featuring some of the most jaw-dropping performances ever dashed out in an improvisatory firestorm of inspiration, good spirits, and off-the-cuff virtuoso string-bending.

Gil and Ben never recorded together before this one record, but they fuse into a juggernaut of ragged joy. The two guitarists perform alone save for percussionist Djalma Corrêa and (on some tracks) bassist Wagner Dias. Rehearsal was kept to a minimum, and the nine tracks roll out easily and at length. But there’s no jam band tedium. Instead, Gil and Ben listen attentively to each other, throwing rapid-fire strums and rhythmic figures back and forth, echoing words and nonsense phrases, harmonizing with intuition.

For example, “Nega” is a dreamy pulse, the English lyrics (“You spent so blissfully/The last few days with me”) drawn out as the guitars churn in an endless thump and grind. “Quem mandou (Pé na estrada)” is the closest to bossa nova, smooth even when the two seem to forget they’re singing together and their voices wander down separate paths. “Filhos de Gandhi,” a reference to the Bahia carnival, is built on a simple melodic figure that repeats for 13 minutes. The two performers throw in a repertoire of strums over and around the tune. They sing the lyrics—based in the African Candomblé spiritual tradition—in falsetto, at the low end of their range, with light melodicism, or as full-throated shouts. Baden Powell’s Afro Sambos are a touchstone; it’s the kind of spiritual fervor Van Morrison sometimes tries for, but without his airy pretension, and against a rhythmic Brazilian tradition that makes your hips slide even as your spirit leaves your body.

The more meditative tracks are stunning, but the bits that probably made Clapton weep are the uptempo performances. “Jurubéba,” a 10-minute ode to a medicinal nightshade plant, sounds like Ben and Gil are playing their guitars while descending a water slide. The notes are picked hard enough to rupture ear drums, veering off into harsh improvised flurries, while the two voices shout “Beba! Beba!” like a high lonesome yodel.

“Taj Mahal” is more bluesy but just as intense, with a melody so catchy that Rod Stewart replaced the nonsense syllables “Te te te te te te, te te te te te te te” with “Do Ya Think I’m Sexy” and got a massive hit with it—though he first slowed the song down by about half so European audiences didn’t throw out their backs on the dance floor. “É Pra Tocar No Rádio (This is for the Radio)” is a high-spirited, lascivious tropical shake, with Gil and Jorge whooping at all the women listening.

You’d think that such a tremendous and effortless record would inspire a sequel. But it didn’t. Gil and Ben never recorded a duet record again. Maybe they figured this one was perfect. Or maybe they’re just both so talented that the perfection here seems like no big deal—the sort of thing you toss out in an evening to delight your friends, amuse each other, and make your rivals slink off to bed as you dance on.