She strikes a safe middle ground, acting awake and concerned without ever getting strident and militant. 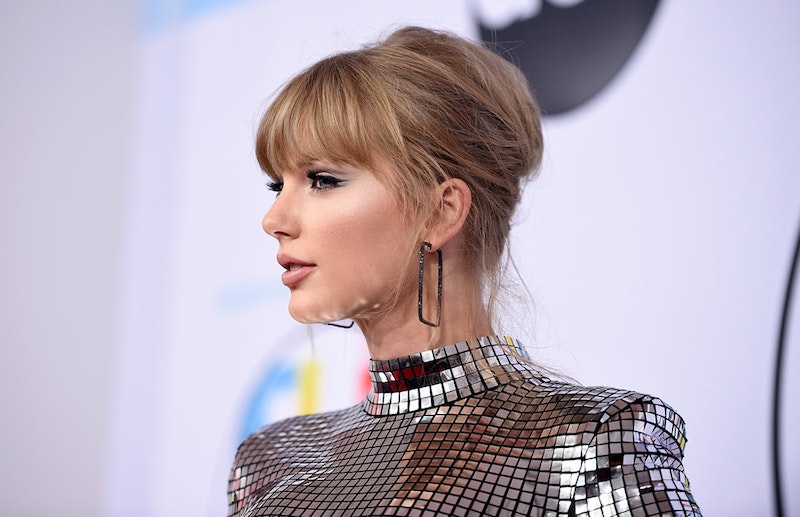 As a noted Taylor Swift commentator, I keep getting asked what to make of the newly leftward tilt of her politics. Well actually there isn’t any, so far as I can tell. All she did was endorse a Tennessee Democrat (an old, former governor) who’s running for Senate, and slag off his GOP opponent (a somewhat younger Congresswoman). The candidates are both political moderates, at least within the context of their parties and Tennessee politics. To paraphrase the late George Wallace, there’s hardly a dime’s worth of difference between the two.

Taylor’s communiqué was an October 7 Instagram post, mainly filled with soothing, old-hat pieties about sex discrimination and gay marriage, and ending with a milksop exhortation to register to vote—and remember to vote, vote, for somebody: “For a lot of us, we may never find a candidate or party with whom we agree 100% on every issue, but we have to vote anyway.”

It‘s a brilliantly managed PR move, perfectly in keeping with the firm hand she’s always maintained with her generally apolitical, uncontroversial public image. She strikes a safe middle ground, acting awake and concerned without ever getting strident and militant. The Kavanaugh kerfuffle had just ended, and the usually close-mouthed Taylor was prodded to make some kind of statement. And so she said something so vague and bien-pensant that you could interpret it however you wanted.

When you get to be as big a star as Taylor Swift, political pronouncements can be image-killers. Celebrities with outspoken political opinions may be more common nowadays, but they’re mainly comedians of some kind. You see Robert DeNiro coming out with crazy-ass anti-Trump rants, but he’s an old guy now, at the end of his career. His politics haven’t shifted from his Raging Bull days, but you didn’t see him raging against Reagan in 1980. Mel Gibson built his stardom on being an incredibly hot, good-looking guy in movies like The Year of Living Dangerously, and didn’t get nutty in public until decades later when he was directing and funding his own films. John Wayne was a caricature of a Hollywood right-winger by the time he died in the 1970s, but there was no visible political taint on him during his glory days. In the 1950s he got known to be a “conservative,” but also one who stuck by Hollywood Blacklist friends such as Lionel Stander. And also, he was John Wayne.

Then there’s the curious case of Bob Hope. In his final decades (he lived to 102) he was cornball Mr. Republican, but it’s hard to find an inkling of any political opinion in the Hope of the 1930s, 40s, or 50s. He also scrubbed his public image free of any sectarian affiliation, although it was very well known that his wife Dolores was a devout and active Catholic. Supposedly Hope became Catholic only in his last years, but the details of that purported conversion are unknown, and it’s likely he’d been Catholic all along, but kept mum. Bing Crosby—smooth, authoritative paterfamilias—could burnish his image by being a public RC, but no one wanted to see Hope as Father O’Malley. Least of all Bob Hope.

Similarly, Taylor Swift went to a Catholic kindergarten, and had some vague evangelical affiliation, but she’s never promoted herself as a “Christian” singer. That would ghettoize her and raise controversies best stepped around. Does Taylor Swift go to church? I don’t know. Do you care?

It’s not just religion and politics that can be third rails. Even innocuous, charitable causes can be no-no’s for public figures who get too heated. For a long time in the 1950s and 60s the writer Cleveland Amory held the “lighthearted commentary” slot on The Today Show. Then he started making long on-air pronouncements about vivisection and rabbit hunting. NBC canned him. Strident opinion just isn’t funny, or morning entertainment. PR consultant Taylor Swift would’ve told Amory to praise the good work of the American Society for Prevention of Cruelty to Animals, and leave it at that.

Swift’s own situation is a delicate one. She became, willy-nilly, a kind of icon for the Far Right about five years ago. A popular meme among chan-masters was to show her against an Adolf Hitler quote, attributed to Swift. The proper response to this, PR-wise, was no response at all, and that’s what she gave. Later on, she took flak for inferred racism in her music videos. Her critics were particularly annoyed by Wildest Dreams (2015), in which she played a dark-wigged Ava Gardner type in an African landscape that unaccountably didn’t seem to have any black people in it.

That was silly, but it filled column-inches. Likewise when Camille Paglia called Taylor a “Nazi Barbie” for her frivolous hanging out with her high-gloss, blonde girl-gang and showing little evidence of social conscience.

In the early days of the Trump campaign, it became apparent that there was similarity and overlap between the Trumper and Swiftie crowds, something noted by Leading Journals of Opinion as diverse as Ha’aretz and Breitbart. The Taylor and Trump PR models were fundamentally similar. First, you manage your own image instead of jobbing-out the responsibility to a molly-coddling official spokesperson. (Taylor herself was a 4chan habitué in the old days; she knows the online-media game better than any hireling could.) You let the attacks come, and just sit there; you don’t honor your attackers by engaging with them. Instead you mock them (if you’re Trump) or you let your millions of “stans” do it (if you’re Taylor).

Taylor is where she was before, publicly apolitical but willing to rise to vague, uplifting pleasantries when called upon. Because isn’t that who we are as a country?