Out With the In Crowd 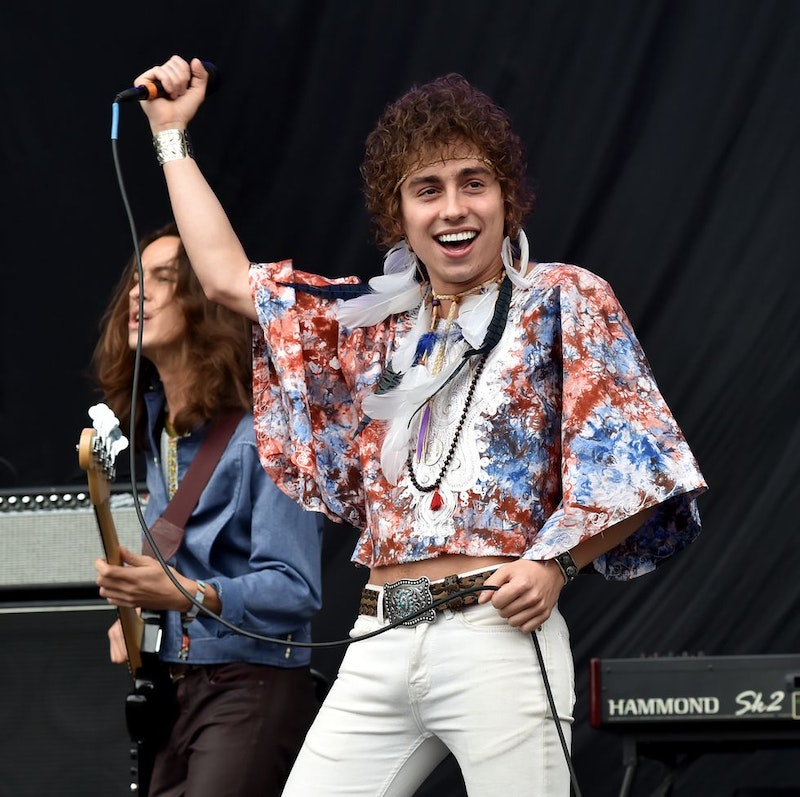 When Ryan Schreiber started Pitchfork Media in his parents’ Minneapolis basement in 1996, I doubt he believed his website would have the power to ruin or ramp up careers in less than a decade. The same month that they slobbered over Arcade Fire’s Funeral and propelled them to the heavens, Pitchfork gave Travis Morrison’s Travistan a 0.0, effectively cancelling the solo career of the former Dismemberment Plan frontman: “Up until the day of the review, I'd play a solo show, and people would be like, 'That's our boy, our eccentric boy.' Literally, the view changed overnight... I could tell people were trying to figure out if they were supposed to be there or not. It was pretty severe, how the mood changed. The review isn't the story. The reaction to it is. The seriousness with which everyone takes Pitchfork is kind of mind-boggling."

This is the most famous and egregious example of the power of Pitchfork’s scorn during the aughts, and it’s been years since they eviscerated one of their own—i.e., indie rockers. There was the Jet review in 2006 that consisted simply of a GIF of a monkey pissing in its own mouth, but Jet was a major label hack rock band already on their way out. They trashed Arcade Fire’s Everything Now last year, but so did everyone. But even these easy-target reviews are few and far between now, so it’s not shocking their Greta Van Fleet review is getting so much attention from other music critics and music geeks that’re offended by the Michigan band on principle.

Senior editor Jeremy D. Larson’s review is a gumbo of old-school ad-hominem attacks on the band’s clothes and upbringing and contemporary cultural critique—their clothes are “problematic,” and they’re a band designed for streaming algorithms and licensing for people that can’t afford actual Led Zeppelin songs. It’s not a stretch to say that Greta Van Fleet is a Led Zeppelin cover band that doesn’t play any Led Zeppelin covers. They’d pass the Pepsi Challenge with most people against anything from Led Zeppelin I. There’s still a market for this kind of rock, particularly in the Midwest, and their popularity is easy to trace.

Lindsay Zoladz, a former Pitchfork writer, wrote a piece on Greta Van Fleet for The Ringer that was more prevaricating than withering, and she essentially throws her hands up in the air and chalks it up to Boomer parents buying plastic turntables and $40 copies of Dark Side of the Moon at Barnes and Noble for their kids. The article’s headline is “Greta Van Fleet Just Want to Impress Their Parents.” What’s so bad about that? But Zoladz overextends into galaxy-brain territory when she suggests that maybe their wholly derivative sound “is the most sacrilegious thing about them, and thus the most rock. Maybe, in its own way, this is the rudest and most offensive thing a rock band can sound like in 2018: literally just Simulacra Led Zeppelin.”

No, it isn’t, however Zoladz does cite the irony in Greta Van Fleet being flogged for blatantly ripping off Led Zeppelin, a band that stole most of their famous riffs from dead black blues musicians and also-ran touring mates like Spirit. As Zoladz points out, they’re about to embark on a sold out tour playing in 2000+ cap venues. They’re manna for music supervisors and rock radio programmers, who still play Led Zeppelin deep cuts alongside The Eagles and even Nirvana. That music is eternal, but you can’t see any of those bands live anymore. Greta Van Fleet scratches that itch, and however unoriginal and boring their music may be, they’re no different than any other pop commodity pre-made and target marketed before they’ve reached drinking age.

So why the attention and scorn from the indie-in-name-only media for a band that has no qualms about aping not only an era but one band in particular? The need to make a statement seems superfluous, especially when this band is not aimed at Pitchfork’s readership and will do fine without their support. No one would’ve accused Pitchfork of eliding a popular rock band that strikes 99 percent of their readership as inauthentic and derivative. Perhaps they’re playing makeup in the eyes of readers dismayed by their increased pop culture and television coverage, along with the most painfully lame Conde Nast era addition: their “October” mini-site, where bands are interviewed about favorite craft beers. The latest piece on that corner of the site: “We Tried to Have a Beer with The Courtneys But They Only Drink Water.”

In his review, Larson writes, “Greta Van Fleet exist to be swallowed into the algorithm’s churn and rack up plays, of which they already have hundreds of millions.” So, where’s the problem? These bands are a dime a dozen, and they serve a specific market. Larson even dares to ask why Greta Van Fleet are signed to Republic and represented by the William Morris Agency, an unusual slight from a site that takes marching orders from management and publicity firms and never covers “independent” music unless their hand is forced.

There’s a defensiveness and embarrassment in the piece that Pitchfork is now part of the same corporate structure that churns these kinds of bands out regularly. But why show your hand? No one would’ve noticed if the Greta Van Fleet record went unnoticed on Pitchfork—hardly anyone did when Taylor Swift’s 1989 went un-reviewed in 2015. But now Larson, Schreiber, and co. can rest easy knowing they bodied the softest target in rock music today.