So You Wanna Be A Rock Superstar? 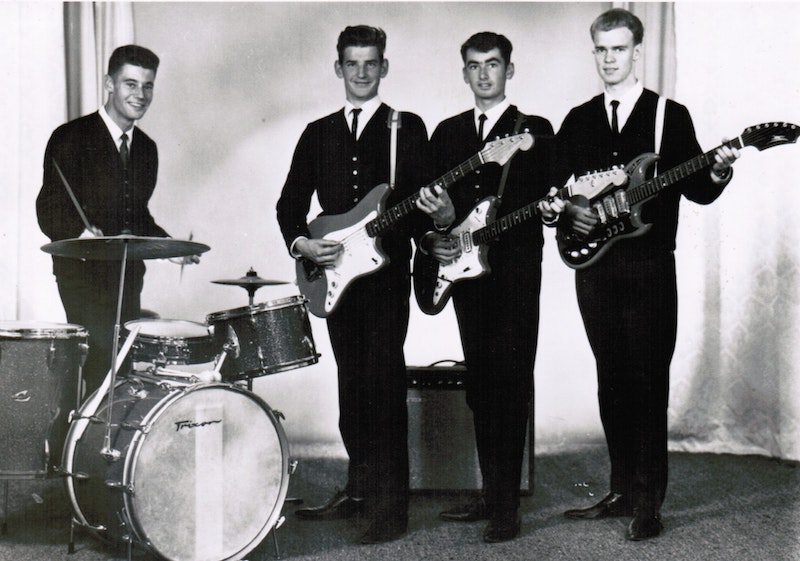 I attended St Olave’s Super Selective Grammar School in Orpington Kent, and from the age of 16 lived in a mansion in Chislehurst with tiled floors and my own en-suite bathroom. I think anybody will admit that for a gangster rapper, this is certainly not 8 Mile or Compton or Brooklyn, or even East London (where UK hip-hop developed commercially as an aggressive, fiercely defensive clique).

My music career, (if you’ll call it that), began in a hotel in the summer of 2000 in Sicily when I was 16. I was drunk and wearing a sombrero and cracking a leather whip I’d bought from a local ancient temple, and was singing Bon Jovi songs at the top of my voice. Once I was through, a group of German tourists clapped and cheered. Even my teacher (horrified by his teenage charge knocking back vodka and vandalizing the streets and flagrantly smoking in front of him in restaurants) was impressed.

“Mr Moody,” he said, ”You’ve actually got quite a good voice.”

A gang of friends agreed and we decided to form a band. This was before the age of social media, autotune, Soundcloud and BandLab, so we got a drummer, a bassist, a lead guitarist, and I was the lead singer.

We didn’t have any songs yet, but the most important thing was our name. After a rather blue joke, we called ourselves Death By Bhundi, and set to work on Rock Superstardom.

“Swallowed” by Bush was so easy to play we started with that, and then my drummer suggested Eve 6’s (rather saccharine) “Inside Out.”

I took the late-1990s camcorder into my bathroom and practiced singing in front of it, assessing my performance. My brother found the tape and thought it was the funniest thing he’d ever seen. I had a beautiful girlfriend and was a vocal and talented student at my school, and lived in, to my mind, a palace, so I already had the Rockstar attitude, and, in sort of epiphany, I wrote my first rap track, “Middle Class White Boy.”

The tone and irony of the track, as well as the hard metal rift my guitarist lifted off Symposium’s “Killing Position,” was completely inspired by my favorite rap band of all time, The Bloodhound Gang. I won’t repeat all of the lyrics, only state that the very first rap bar I ever wrote was: “Like Eminem I talk like I am black and I’m a brother/Even walking like one of my legs was shorter than the other.”

And 10 minutes later I had the most notorious song I’d ever write. (A version of it is available on my Soundcloud for the curious/brave.)

Soon the day of the gig came. It was coming up to Christmas, and frost was in the air. I was wearing a long sleeved t-shirt my girl had bought me with the legend “The Bloodhound Gang Hates You,” mascara and black nail varnish. When we got there, I was drunk and partly terrified, the lights, the crowd! We botched “Swallowed” after which I remarked, “Our next one will be better.”

“Inside Out” went okay, but there was no real oomph factor. I wanted to be a mix between Jimmy Pop and Marilyn Manson and frankly, it’s a soft song. Still, the crowd was still with us, and then we kicked in with our secret weapon, RATM’s “Killing In The Name” and I suddenly came alive, roaring the ultimate teen angst album to a completely receptive crowd of my angsty teen peers. We closed with “Middle Class White Boy” and it went so well an impromptu mosh pit started in the centre of the hall. I knew then that I could do this.

That was 18 years ago, and I’m currently writing this in a mental health recovery center, where I’m emotionally recovering from being bottled in the head in my previous town by two criminal psychopaths. I’m fine, but I’m a battle rapper with 18 years of rap experience, which is why all the silly defenses of Eminem in a previous Splice article just give me fuel for the fire. I’ll continue to release two or three tracks a day, but of course, for my safety, I doubt I’ll be playing any more London gigs.