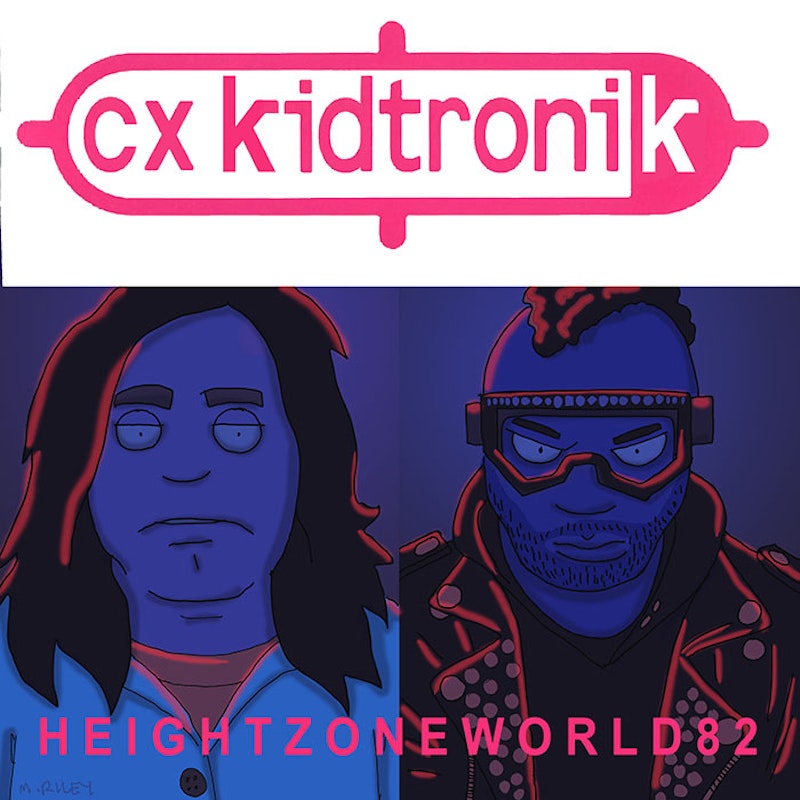 My guest this week is CX KidtroniK. He’s a producer, DJ, vocalist and videographer with a musical resume that goes back to the 80’s. We first got to know each other when he contributed to my Height With Friends Versus The Continental MC’s album.

We talk about his childhood in Madison, WI and the hip-hop and hardcore punk that influenced him there. I ask him about his collaborations with Atari Teenage Riot, Saul Williams, Rammellzee and Kanye West and what he took away from those experiences. We also discuss releasing his two Krak Attack albums through Stones Throw Records, working as a fetish clip director and his new Sewer Rats BK project.

Mike Riley’s art this week is an homage to Mantronix’s In Full Effect.